Director of micro-indie Krisha turns his aunt into a star 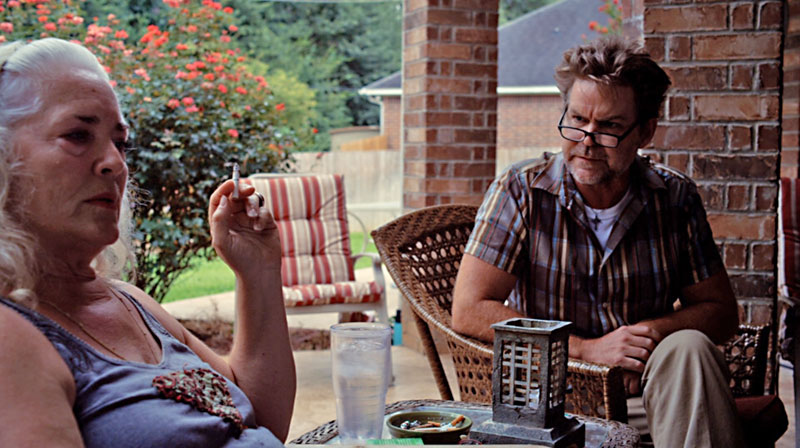 Trey Edward Shults' film Krisha wowed attendees at SXSW in 2015 when it won both the Grand Jury Award and the Audience Award for Narrative Feature. Shot on a shoestring budget in Montgomery, Texas, the feature was Shults' debut as a writer/director, which he also edited and co-produced "with my buddies": "It's a whole year old," Shults laughs. Now after a run on the festival circuit, the movie is finally being distributed by A24, an up-and-coming studio that last month won its first Academy Award for Best Visual Effects with Ex Machina.

After making a short film of the same name that played SXSW in 2014, the Florida-based filmmaker was pushed by his producer, Justin Chan, to expand the concept for a feature. Shults became "so hungry and so narrow-minded" to direct, he says, that "I didn't know what was going on in the world half the time. All I cared about was being able to make movies." That focus, which Shults has continually termed in interviews with the press as an "obsession," begot a nine-day shoot with a 14-person cast that included both professional and novice actors.

In the feature film, which opens in Austin theatres on March 25, Shults' aunt, Krisha Fairchild, plays the eponymous character, a drug, alcohol, and egomania addict who attends a Thanksgiving reunion dinner from hell. It is clear early on that this is the first time anyone in the family has seen Krisha in some time, with clues as to why scattered throughout Shults' script (the film was also heavily improvised). Huffy, with a shock of beautiful gray hair, Krisha spends much of Thanksgiving in the "making amends" stage of recovery, tormenting her son – played by Shults – with lovelorn apologies and promises. Shults' mother and grandmother also appear as Krisha's fed-up sister and mother, respectively. Needless to say, this particular reunion goes poorly.

As far as debuts go, Shults' is especially auspicious in its artistry, the result of "an overall obsession toward cinema and filmmaking, which has been my dream for my entire life." Krisha is a visual wonder, distinguished by an experimental manipulation of aspect ratios and extensively choreographed shots by cinematographer Drew Daniels. They utilize slow-motion, a variety of dark blue and neon-hued filters, and a kitchen sink of discombobulating cues that tell us exactly where the main character's mind is throughout the action. "We were trying to represent Krisha's mental space in the filmmaking," Shults claims, and in that, Daniels' work is a marvelous success.

The drama takes place in Shults' mother's home, and many writers have noted that the project draws heavily from his personal life. Yet Krisha is very much an entertainment, blurring genre lines between family comedy, psychological thriller, and German expressionist horror. To achieve this, the filmmaker paired his family members with a who's who of Austin's best character actors, like Bill Wise, as a bullying relative named Doyle, and Chris Doubek, as Trey's Luddite of an uncle. "It wasn't a premeditated idea of mine to have this Texas gang," Shults says, but rather, "I cast based on who I happened to know." The "big mish-mash" of family and professional actors "worked surprisingly smoothly." He cites the example of Arlo & Julie star Alex Dobrenko, who plays Alex in Krisha: "Dobrenko was a no-brainer because we were already buddies and I knew I wanted him in the movie. He's great in everything he does." 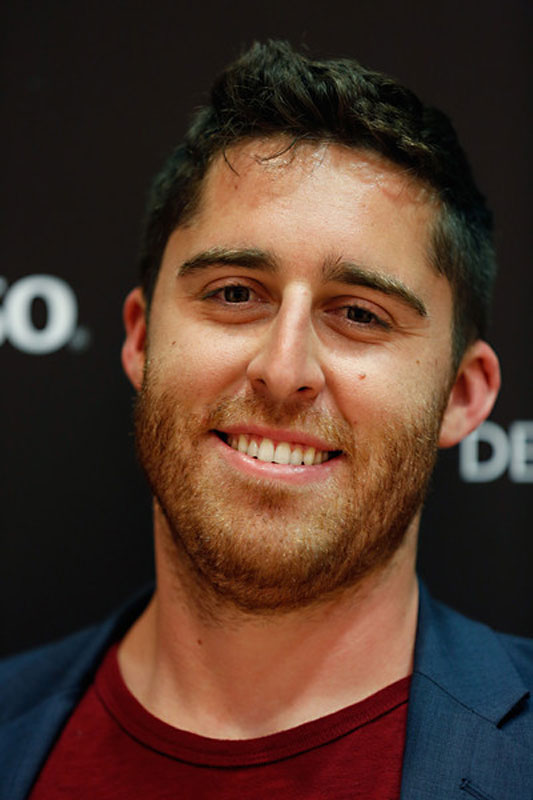 Trey Edward Shults (Courtesy of A24)

Shults now lives in South Florida, but he admits that his movie has a surprisingly strong "Texas film" vibe. The fact that locals like Wise or the Dallas-based filmmaker Augustine Frizzell (whose daughter Atheena also appears in Krisha) gel so naturally with Krisha and Robyn Fairchild, he argues, was "an alchemy, and yet it feels balanced." The combination of highly subjective mobile camerawork, authentic dialogue, and searing performances has earned the filmmaker comparisons to some of his director heroes, including Paul Thomas Anderson and Terrence Malick.

Shults told me this is no coincidence: Not only did he work on several projects for Malick as a camera assistant, but in developing this project, "I was also studying [Anderson] and Terry Malick to see how and why they do what they do." Hence the staccato jazz score by former Dirty Projectors drummer Brian McOmber, which recalls the jagged harmonium work of Jon Brion in Punch-Drunk Love. Then there's that magnificent introductory shot of the family, an unbroken seven-minute-long take in which Krisha arrives late to the party. It may just as well have come out of the Waco sequences in Malick's Tree of Life.

A24 was so impressed by the feature's ambition that they signed the writer/director to a two-picture contract, a move of such dramatic confidence that I wondered aloud if Shults might become to the distributor what Michael Cimino was to United Artists. He said, "My next movie has no way of becoming the next Heaven's Gate. It'll be made for the right amount and sold in the right way with them. They're right at that point where they've got an incredible future, and it's exciting to be in the middle of it."

As it so happens, the studio's release strategy has pushed Krisha toward substantial acclaim in the Los Angeles Times, Rolling Stone, and The New York Times, where it was Manohla Dargis' Critics' Pick. In February, it won the John Cassavetes prize at the Independent Spirit Awards. Yet despite the adulation and support that have followed his debut, Shults refuses to indulge the same kind of pathological narcissism that drives Krisha to wreak such havoc on her family. "I don't want to be thinking, 'I'm going to herald the Renaissance of expressionism!' Let's just take this one step at a time, make another cool movie, and have fun doing it."