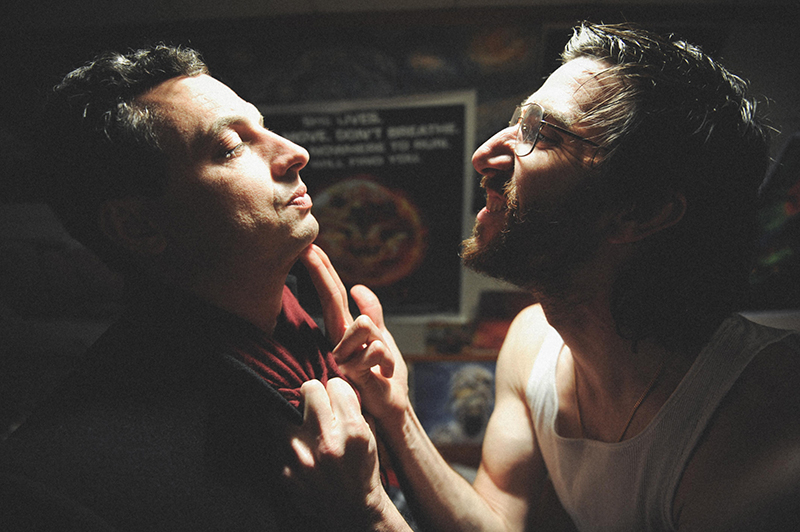 Expanded from its original short-film form into a movie that, while fully fleshed-out, still feels as intimate and occasionally appropriately inappropriate as spying on two people working through decades of emotional turbulence in 85 minutes. By turns hilarious, heartbreaking, and realistically weird, the story follows New York success story Peter (a terrific Jesse Wakeman) as he returns to his hometown to attend to his grandmother's funeral. After he loses his wallet, however, Peter is forced by happenstance to spend 24 hours with his childhood bestie Donald (Avedisian, giving an utterly fearless performance), who appears to have ceased maturing sometime back in the Nineties. There's a pervading aura of guilt and regret that thrums throughout the film, yet it's undeniably comical at some points. You can't go home again, but if you stay there you risk becoming the very definition of the Peter Pan syndrome.

"Expanding from the short, we were trying to make it as realistic as possible," explains Avedisian, "without getting into too many hijinks, but keep in some of that stuff to keep it interesting. We spent a long time working on the script while we were trying to find a producer for three years. It was just draft after draft, trying to lock it down. We had scripts that were on the extreme end that we considered a little more wacky, and then there were the drafts that were more boring. It was just a constant bouncing around, trying to nail the middle ground. We were trying to be as true to real life as possible without being too boring, if that makes sense."

It does. Donald Cried manufactures its own micro-niche category of film, one that's tough to sum up in mere words; for once, this is literally a film you need to experience on the big screen to truly comprehend and enjoy its seemingly limitless layers of nuance and sympathetic perturbation.

"For me, it's really just about these two friends," adds Avedisian, "getting back together and realizing the importance of relationships. But, I don't know. People try to push the comedy elements, and that's fine with me. If it's a comedy, it's a comedy, but that's not how I see it. It's really both more and less than that, and that's what we aimed out to do, really, is make a movie that would be pretty difficult to pigeonhole, and that's a lot like life."