The Theft of the World Cup 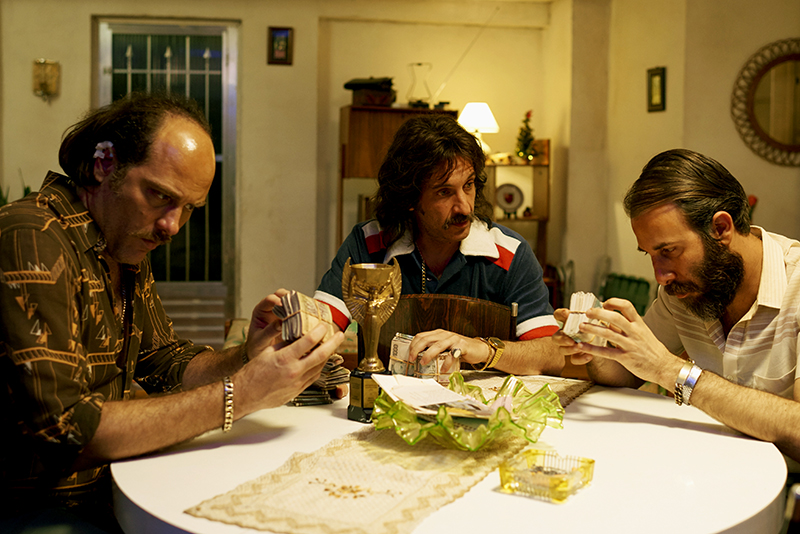 Plenty of countries feel like they've been robbed of the World Cup, but none quite like Brazil.

In 1983, the three-time champions found themselves victim to a literal theft of the solid gold Jules Rimet trophy by a pair of bumbling criminals. Their ineptitude is the focus of Jules and Dolores, which director Caito Ortiz and producer Francesco Civita spent the last five years molding into a creative interpretation of the country's greatest unsolved mystery.

Although the thieves were caught shortly after the crime, the trophy was never recovered. It had already been fenced to an Argentinean, an insult to injury since the countries are bitter soccer rivals, which was made even worse by the rumor that the cup was melted into gold bars. Even though the Argentinean was also arrested, Jules Rimet truthers still exist because the supposed gold bars were never found.

The ambiguity of the cup's fate allowed the filmmakers to take liberties with the story and put their own spin on events. "We started out doing a film that was centered around what really happened, but once we decided to fly away from the reality, that this wasn't a documentary, the script really got much stronger," says Ortiz.

The film diverges from history with the fictitious character of Dolores, the enterprising wife of thief Sergio Peralta. Her steady nerve contrasts her incompetent husband's stereotypically Brazilian seat-of-pants mentality, and allowed the filmmakers to indulge their hopes that the cup had somehow survived the comedy of errors that led to its supposed destruction.

Even though a touch of fiction helped advance the story, the most ridiculous plot element of the film wasn't fabricated. The thieves thought the actual cup was secured in an impenetrable vault, so they set their sights on a replica in a less well-guarded display case. When they woke up the day after the heist, they learned on the news that the soccer federation had swapped the two cups. Peralta and his cohort now accidentally possessed a national treasure.

"Imagine that guy, he steals something that he thinks has gold value, but no historical value. Then he finds out he's the most sought-out criminal in the country," says Ortiz.

Soccer fans might be surprised that they haven't heard this story before, but according to the filmmakers the level of national embarrassment led the government to minimize press after the original manhunt had subsided. Even in football-obsessed Brazil, most people have ambiguous ideas about what happened to both the criminals and the cup, with the theft becoming more of an urban legend.

That should change this summer, when the film will likely see a theatrical release in Brazil timed with the Olympics, as well as digital distribution via Netflix in Latin America. And who knows, maybe it will stir the Jules Rimet trophy out of hiding and return it to its rightful home. If it does, you can bet it will be kept safe.