Midnight short "The Procedure" brings down the house 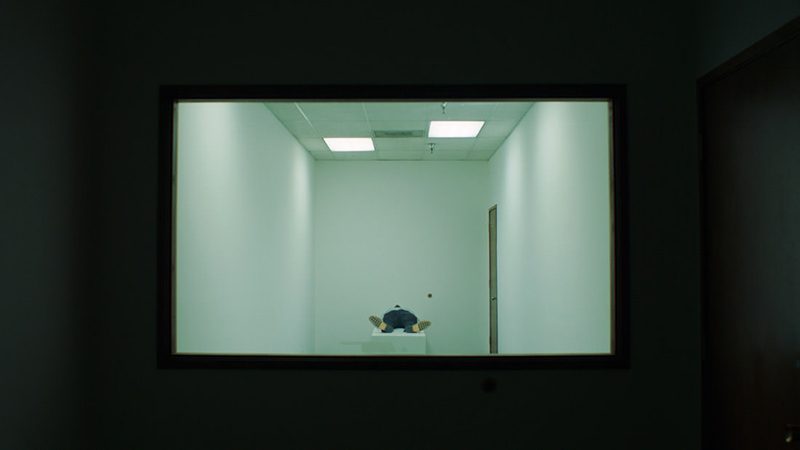 Sometimes a short film is a tiny glimpse into a bigger world. Sometimes it's a poetic reduction. And sometimes, it's the cinematic equivalent to a knock-knock joke. "The Procedure" is like getting smooshed in the face with a pie by a naked clown. It's the latest madcap outing from writer/director Calvin Lee Reeder, who said, "I've never held back. If anything, I get more focused and let the chips fall where they may."

To say "The Procedure" is unique is an understatement. Reeder said, "These kinds of ideas, you can't premeditate. They just hit you." The idea came to him when he was sitting on the couch with his girlfriend, and he immediately pitched it to her. "She was both in hysterics and appalled at the same time, and I went, 'You know, we've really got something here.'"

In Reeder's short, a man (Christian Palmer) is drugged in a parking lot, and finds himself the subject of a bizarre experiment – one that gives him and the audience a brand-new and slightly horrifying perspective on an everyday event. "It's a little educational," said Reeder.

His three-minute film was the product of three cities: his hometown of Los Angeles; Austin, home to executive producer and Other Worlds Austin sci-fi film festival founder Bears Fonte; and Seattle, where Palmer makes his own films. Without Palmer, who will go down in SXSW Midnighter infamy as "the table guy," Reeder doubts the film would have ever been made. He said, "He wanted to see this movie get done more than anyone else." Reeder also nods to Palmer's co-star Frank Mosley. "The Procedure" was one of two shorts the cast and crew put together in three days. In the partner piece, "The Bulb," Mosley has a much larger speaking part. Mosley does have a line in "The Procedure." Mosley said, "Just not in the normal way."

"The Procedure" is now making the festival rounds. Reeder admits he was happy when it played at Sundance, and then ecstatic when it opened up that festival's Midnight Shorts block to an uproarious response. "When it played, it brought the house down," he said. Later in the festival, Reeder was at the awards ceremony (he admits it was just for the free food and drink) when he got the shocking news: His warped little brainchild was proclaimed best U.S. Short Fiction. Reeder said, "My friend Chris goes, 'Are you eligible for this award?' I said no, and the guy says my name. What the hell?"

Now "The Procedure" will appall and enthrall SXSW Midnighters audiences, and Reeder said he will relish being at the Festival without the pressure of promoting an entire feature film. "With the Midnighter package, you just go and you have fun."