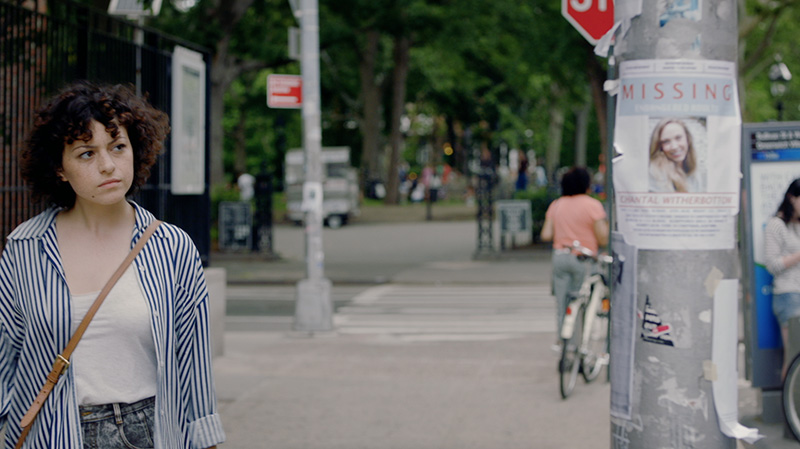 TBS's new series Search Party, whose premiere debuts at this year's SXSW, has been cautiously and not egregiously described as "Girls meets Pretty Little Liars." As a fan of both shows, I don't hear the pejorative in that statement, but it's not correct either.

We meet Dory (Alia Shawkat) standing in dog crap, surrounded by self-absorbed frenemies, sinking in the quarterlife quicksand; her Brooklyn-verité paralysis, cleverly and insightfully demonstrated, leads inexorably to her obsession with a near-stranger's disappearance.

It's quotidian, acid-sweet moments of post-grad fronting and insecurity among the quartet that Search Party wants to focus on, and to great effect: the old PBR braggadocio, rooftop hunger and horniness, that desperation for importance that defines your 20s has leapfrogged Duplassian self-awareness right into a numb Swanbergian migraine: "What we each think of as 'success' is different," Shawkat said. "It's different for every single person watching."

When a comfort-seeking Dory is soundly harangued by an ex for her self-absorbed "cause," it's a strong reminder of the truth behind a joke Shawkat made when we spoke, the essence of which is that we text our exes because we want to return to the person we used to be, and nobody who cares is going to remind us: "That person wasn't that great either!"

As Shawkat said, though Dory has no real sense of herself yet, there's something relatable about the fact that everyone around her reads her "kindness as weakness," and that her lack of direction and the harshness of the world around her leads to an instinctive, burrowing recoil that just makes it worse: "All I've done is be nice!" Shawkat howled in sympathy.

Midway through, in a classic "heal thyself" move, Dory applies to volunteer leading young women, and is brutally informed she has nothing to recommend her: no experiences, no spark, nothing admirable. Somewhere between that scene and the next, an enraged Dory emerges and never quite leaves: The most relatable scene, in which "helpful" Drew refuses to stop talking/fixing until Dory's brought to tears and profanity, becomes a turning point not just for the show but for Dory's reconnection to the world: "Drew's niceness and caretaking and ice cream is the same thing as the static-ness she's trying to burn down," Shawkat said.

Watching anyone grind their gears at the moment of revelation is as frustrating as it is ecstatic, which honestly makes Shawkat the perfect choice: unflattering haircut, all self-loathing and dawning realization that she's been sold a bill of goods, and underneath it all, counterintuitively, this simmering best self – the wisdom and wry gravitas Shawkat brings to every role – just begging to peek out. It's disconcerting to see her making terrible choices and acting stupidly, but that just puts you in Dory's shoes: She wouldn't disagree at all.