Richard Linklater Gets the Mondo Treatment Think film and Austin, and you think Richard Linklater. Think film posters and Austin, and you think Mondo. So when the local printmasters announced that this SXSW season would see them host "No Longer / Not Yet: A Tribute to Richard Linklater," their first-ever show dedicated to the work of the director of Before Sunrise and Boyhood, there's only one question: What took so long? 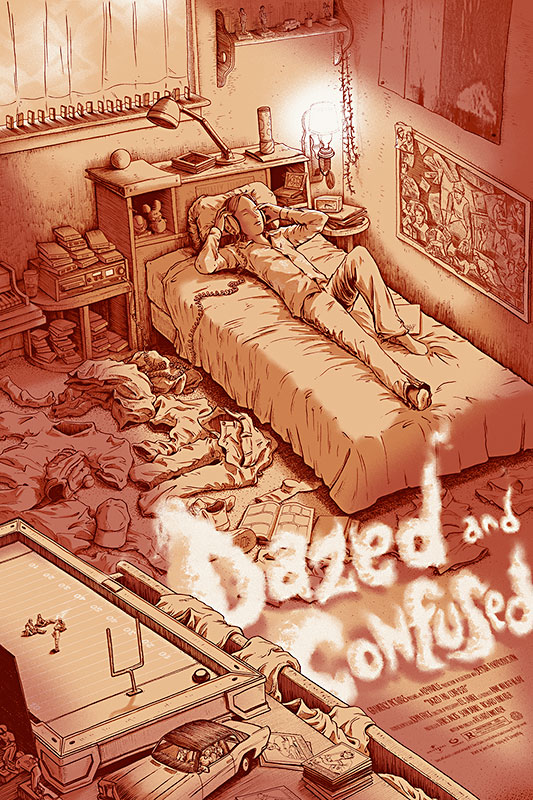 "It's something that we've talked about doing for years and years," said Mondo Creative Director Mitch Putnam, "and we finally had a slot open up for SXSW where we didn't have a big studio project." That first weekend of SXSW has seen several of the gallery's biggest shows: Game of Thrones in 2013, Disney in 2014, and Mondo regular Jason Edmiston's solo show in 2015. It only made sense to save the big weekend for a suitably high-profile show. Putnam said, "South by Southwest was the only week of the year that we ever thought would be appropriate to do it. It's such an Austin thing to do."

It's a unique cinematic legacy that Mondo has to catch, of a filmmaker whose career is synonymous with the city. Putnam said, "Some of the posters are more Austin-centric than others, but in all of them we tried to represent the films as best we could, and do what we would want to buy." While the pairing and the timing all seem like a natural fit – especially with Linklater's latest, Everybody Wants Some, opening SXSW Film the night before the exhibition opens – it also presented a peculiar challenge for the print house. Much of their reputation was built on creating art inspired by big action movies, or iconic and visually striking scenes. "You get a film like Escape From New York, it's very obvious that artists will work with that well," Putnam said. "With Linklater films, they're so focused on human interaction that it's kind of hard to hire artists who can convey that in their work, and that's not everybody."

The most natural fit, according to Putnam, was putting the psychedelic tendencies of James Flames to work on Dazed and Confused: "I think that his work has a lot of childhood wonder in it, and storybook whimsy, and I think that film has a lot of that. It's very nostalgic." Similarly, Phantom City Creative was selected to adapt the faux-documentary style of Bernie, which is one of Putnam's favorite deep cuts of Linklater's filmography. "It's a very atypical film for him, and a lot of people don't know he directed it." 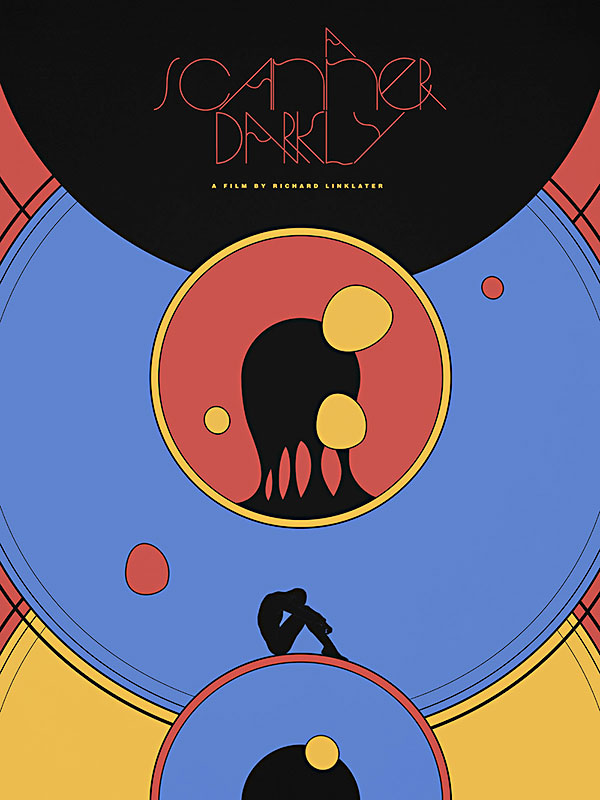 Of course, everybody was lining up to depict Everybody Wants Some, not least because they'd get early access to the movie. There was one slight problem for Putnam and his crew: They had to pick an artist before they'd seen the film. Knowing that Linklater was aiming for a spiritual successor to Dazed, they went with UK artist Matt Taylor. He's no stranger to creating art for character-driven pieces, having brought unexpected dynamism to The Breakfast Club for Mondo. He's also not the only international creator on board, as Australians We Buy Your Kids were selected to illustrate seminal Austin film Slacker. Putnam called Linklater's debut "a really hard film to pair with an artist, but we thought that their crazy style matched that crazy film really well."

The gallery team won't get a chance to rest on their laurels after the show, or even spend much time out in the South By crowds. Three days after the Linklater show closes, they'll be opening "House Party": original works with a fixed price of $200 per piece, with one-of-a-kind works from 102 artists. Putnam said, "It will also probably be our longest line outside the gallery. I'm expecting mayhem."