Tower and A Song For You explore different sides of Austin 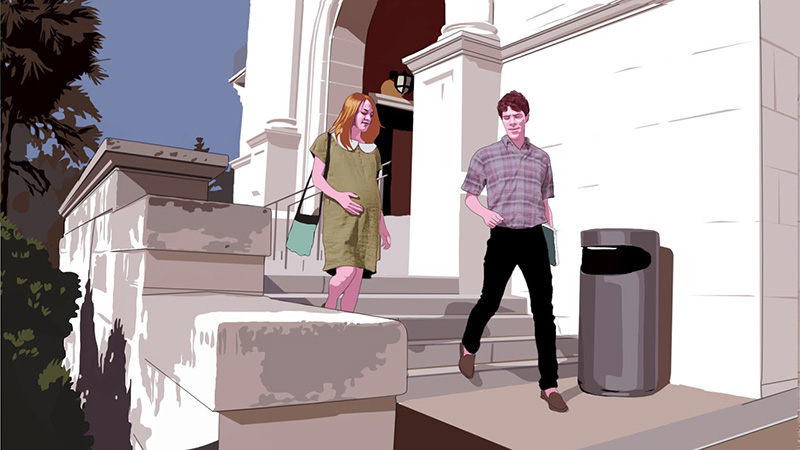 In 2006, filmmaker Keith Maitland conceived of a project about the University of Texas Massacre, also known as the UT Tower Shooting, of 1966. He was living in New York, where "everybody that I spoke to about living in Austin asked about either the shooting or Austin City Limits." Talk of breakfast tacos and real estate rip-offs were years away, and the massacre had been largely relegated to what the documentarian calls "deep history." Maitland's directorial debut, The Eyes of Me, aired on PBS a few years later, and it was nominated for a News & Documentary Emmy Award. Now, his new film, Tower – a project 10 years and dozens of mass shootings in the making – will have its world premiere at SXSW.

The filmmaker has since moved back to Austin, noting that "during the years I was away, the city had changed dramatically. It came into its own on a national scale in both good and bad ways.

"True," he says, the "present-day realities of Texas' gun culture" have "reopened old wounds" and forced residents to reconsider their ideas of "security in public spaces." Tower explores those resonances through an inspired use of animated oral histories and interviews with locals, many of whom seem aware that Austin's popularity comes with the "dubious distinction" of hosting America's first mass school shooting. In fact, many of the participants in Tower are providing their first-ever comments to the media.

But the city's explosive growth and hipness also brought with them "opportunities to get back into the history of the town," Maitland comments, perhaps none so impactful on him as the offer made by PBS over two years ago. He remembers: "The call came from DC: 'We know you're busy with Tower, but there's this other film idea going around – would you be interested in talking to the folks over at Austin City Limits?'" Maitland decided to pitch a film that focused "on the past, present, and future" of ACL, and partnered with KLRU-TV to develop it. Interviews with luminaries like Bonnie Raitt, Lyle Lovett, and the Pixies followed, as did personal conversations with the founders of the venerable show. In one remarkable coup, a chat with Willie Nelson ended with Nelson singing a Leon Russell tune directly to Maitland, a cappella. A Song for You: The Austin City Limits Story also has its premiere at this year's Fest.

Taken together, Tower and A Song for You represent the two poles of Austin's complex cultural mythology. Maitland has what he terms "the line" about this: "The tower shooting is the worst thing Austin ever exported to the world. Austin City Limits is the best thing Austin ever exported to the world." The films reflect their subjects visually: The former is a frightening, moody, animation/live-action hybrid in the Waltz With Bashir mode, whereas the latter is a sprightly, rollicking rock-doc similar in tone to recent films about Muscle Shoals and the Wrecking Crew. When I asked Maitland if he was the Steven Soderbergh of the Festival, with two projects launching in one year, he laughed it off, saying, "The idea of doing two at once was not my idea – it was just the hand that was dealt me." Yet Maitland acknowledges that, despite their significant aesthetic and thematic differences, both films put themselves into conversation with Austin's complex local history. "The threads that run through both films are the veins and arteries of our city's life. There are a lot of great Austin stories out there."