Local personalities show you how to rock those awkward headsets

There's no escaping virtual reality this year. Even if you don't attend the three-day VR/AR track at SXSW Interactive, every brand is pimping an "experience" made for those bulky headsets. At some point you're going to have one strapped to your head, and you'll be gesticulating in a way that makes you look like a complete imbecile to the outside world. Maybe you aren't self-conscious, and that's great, but the rest of us want to minimize the humiliation. We asked local artists, comedians, musicians, and more to help us bring together a few common tips and useful practices for when you take the virtual dive. 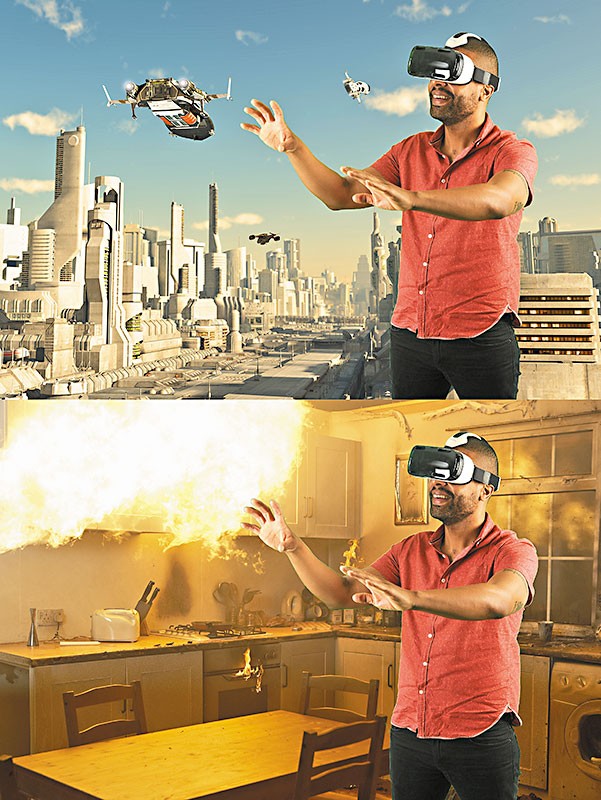 No matter what fantasy world you decide to immerse yourself in, don't forget that there's a real world outside of the headset. Chances are there's someone taking a selfie with you in the background looking like a fool. Consider reining it in until you get that VR rig in the privacy of your home. 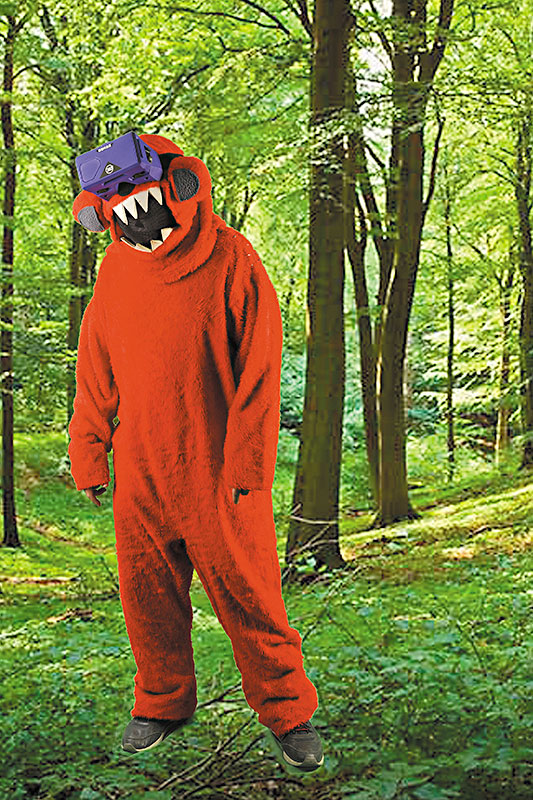 Maybe Austin isn't home for you like it is for us. Find your happy place in the confines of virtual reality, whether that's the forest or someplace else. 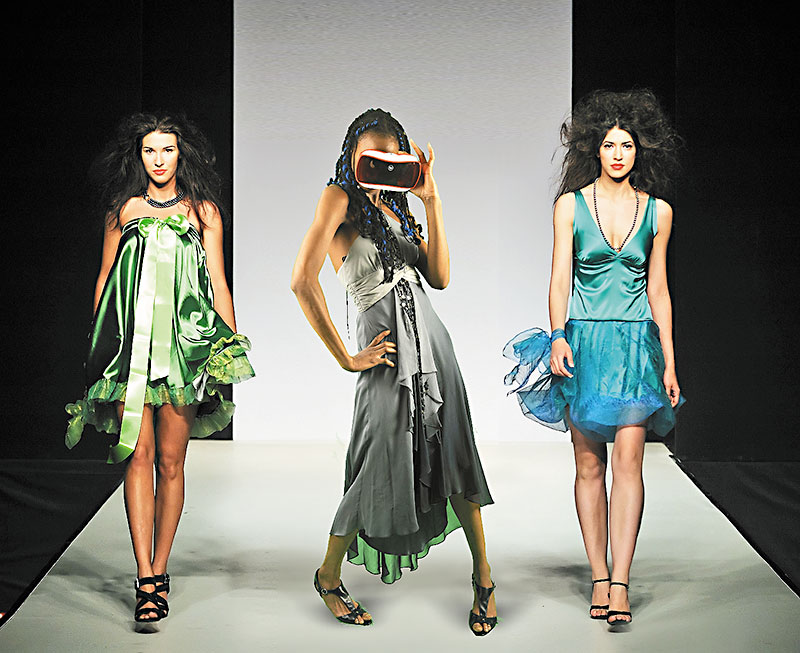 It's hard not to look silly to the outside world when you're in VR, but dress up a bit and those strange movements you're making might look like avant-garde model poses. As Maggie Maye puts it, "Pose like Tyra Banks will send you home if you don't."

Live the Dream (In Your Jammies) 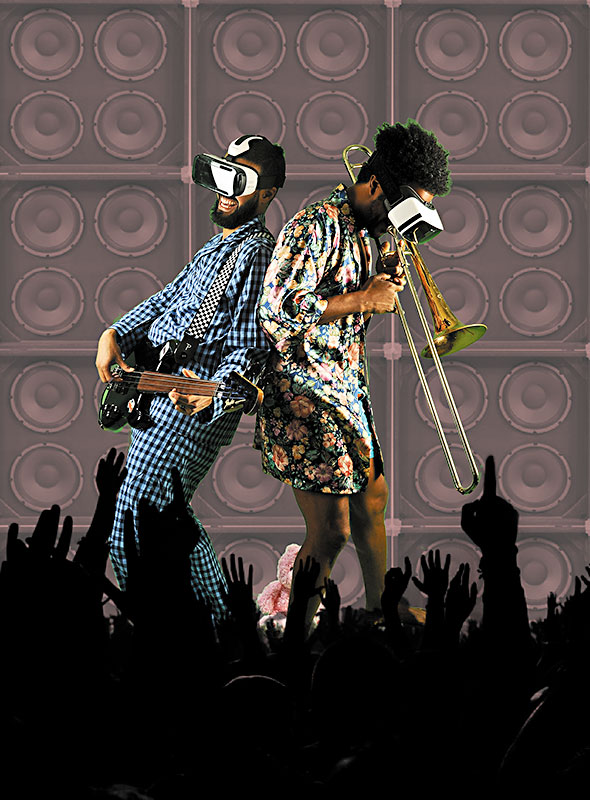 Cilantro Boombox can get a crowd moving, but sometimes you just want to wake up and rock out. An adoring crowd awaits you just by plugging in your headset. And you don't even have to be separated from your beloved teddy bear.

Prepare for the Worst

Ben Steinbauer and Berndt Mader
Co-founders and directors of the Bear
Documentary short "The Superlative Light" tells the tale of Robert Shults, who went from homeless obscurity to celebrated photographer. 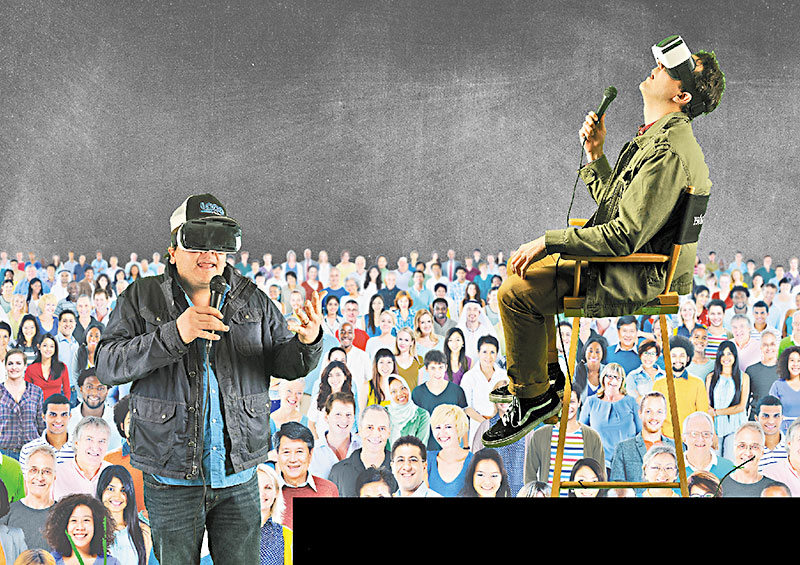 Do a dry run for those post-film Q&A sessions in virtual reality, because, undoubtedly, there will be some bozo with an inane question that you'll have to answer like it's a profound query. It takes practice. We're looking at you, film nerd who insists on knowing what kind of cameras and film stock they used. 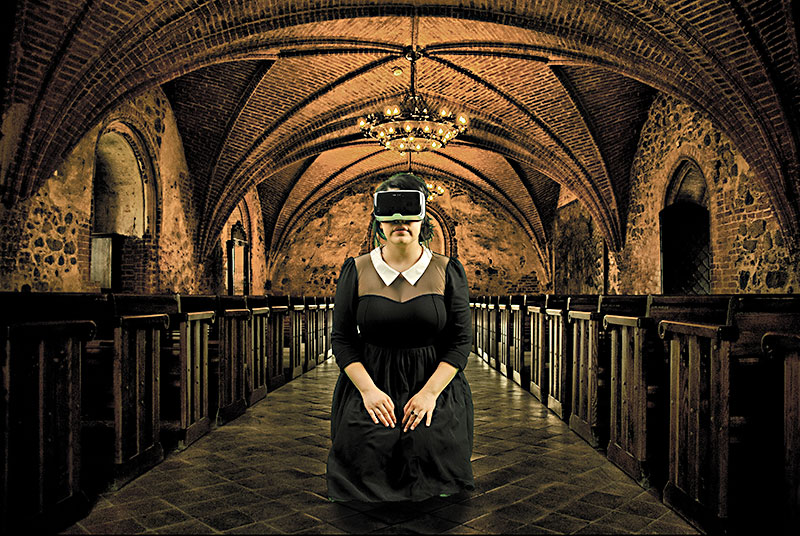 All the people and flesh pressing at SXSW can be overwhelming. Take a Wednesday Addams break from the world and find a cold, dark place to be alone. You'll emerge with a whole new level of disdain for human kind. 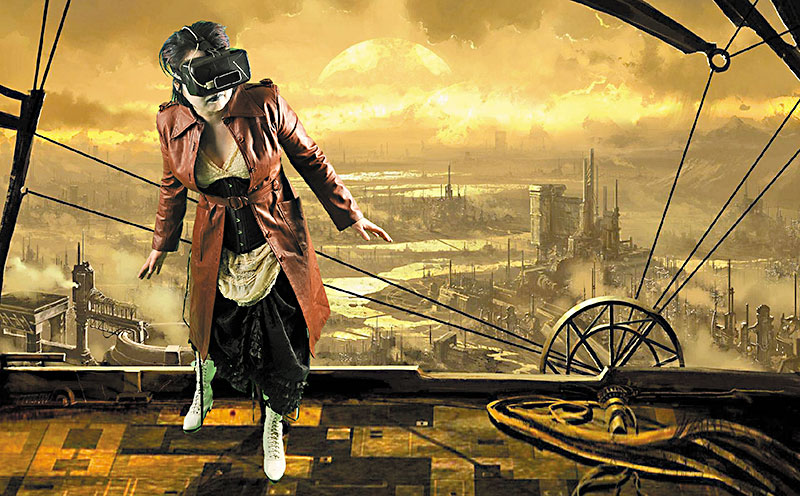 Having a VR contraption strapped to your head is not the sexiest accessory, unless you work with it. Get out your finest steampunk garb and it will look like part of a retro-futuristic ensemble. Or you'll just look like a full-blown nerd, and nerds are the kings of SXSW. Either way, you win! 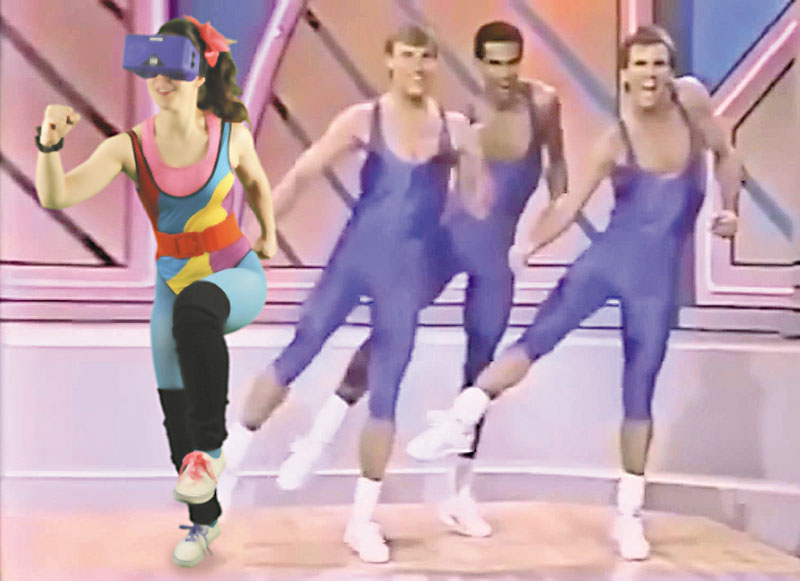 SXSW is a marathon, not a sprint. Get limber in virtual reality with vintage workouts. No one broke a sweat like Eighties fitness competitors. If you can keep up with them, you're ready for the next two weeks of schmoozing, learning, rocking, and partying.