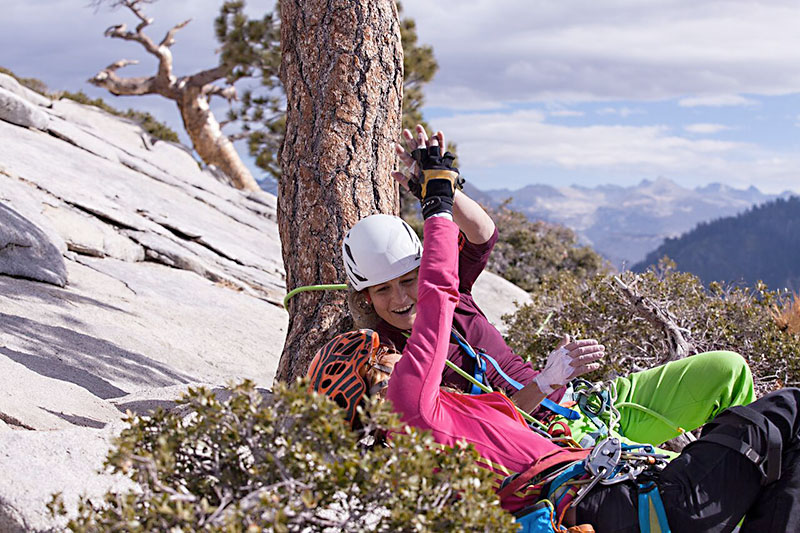 The combination of extreme physical pursuits and breathtaking natural landscapes makes such riveting films that the Banff Mountain Film Festival World Tour has upped the ante again, in its seventh year. "Taken separately, both are inspiring to see and to witness. Taken together, the amazing adventure against spectacular scenery is beyond inspiring. It speaks to a deep connection between humanity and nature. Someone taking a walk in their local park experiences that same connection as someone who is out to climb a peak in Patagonia. People really connect to those images and actions on a visceral level," said Suzanne White, program coordinator of the fest.

The World Tour lineup boasts 30 action-packed films this year, focusing on conservation and stellar displays of agility and strength. With both well-known adventure sports like rock climbing, and new tricks like freestyle kayaking, balloon skiing, and river surfing, boredom is not on the radar. "Denali" will likely be a crowd favorite, with beautiful surfing shots and a heartwarming narrative about a guy, his dog, and the ravages of cancer. It's sad, sure, but the love between this adventuring duo outshines any tear-filled moments. "Women's Speed Ascent" is an incredible, supersonic four-minute film that follows Mayan Smith-Gobat and Libby Sauter as they attempt to annihilate the women's speed record for the ascent of the Nose on El Capitan in Yosemite National Park, California. 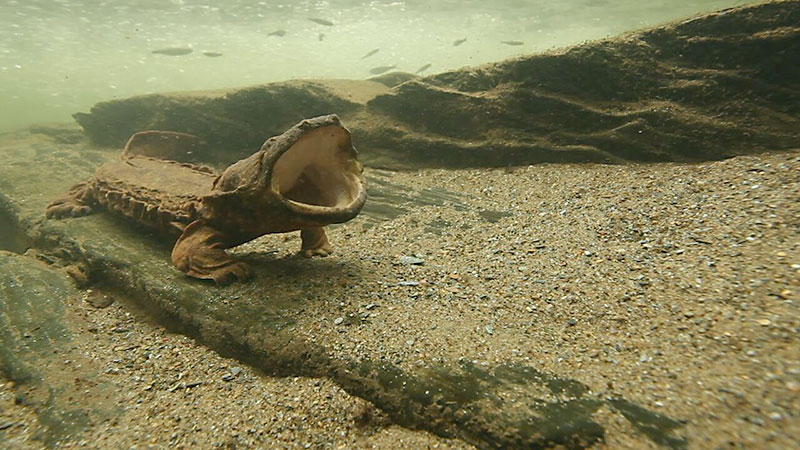 "The Last Dragons" introduces us to the plight of the hellbender salamander. In partnership with U.S. Forest Service, and presented by Freshwater Illustrated, this short film highlights the 80-90% population reduction of the amphibian. As a symbol of healthy river ecosystems, that's not a good sign at all. The little dinosaurs live in freshwater rock shelters of Southern Appalachia, but silt sediment pollution and moving rocks for tubing or play means their habitat is reduced and dangerous. A better hellbender habitat equals a healthier ecosystem, and education signage along the rivers is helping to spread the message. Small conservation efforts make a big difference, and Banff Fest plays a role in the fight for healthy, preserved natural spaces. The proceeds for the Austin tour – hosted by Whole Earth Provision Co. – benefit Texas State Parks.

Eleven films make up the high-octane Radical Reels roster on Monday night. "Showdown at Horseshoe Hell" won the People's Choice award in Banff in 2015, and it's sure to be a big hit at the Paramount, as well. A group of rock climbers descend on rural Arkansas annually, to climb as many routes as possible in 24 hours. "The Burning Man of Climbing" features world-famous climber Alex Honnold competing solo against teams like Mason Earle and Nik Berry. It's funny, with a screwball air, but the climbs are serious business.

Will Sutton runs and flips full speed ahead across the Isle of Man in "Homefree." Green everywhere, the film is shot with a wide lens to capture the landscape's beauty and Sutton's daringly simple parkour moves. "The Mysteries" is a charming glimpse into one woman's obsession with the perfect BASE jumping shot, and the joy and sacrifice that accompany sport photography. The gorgeous aerial views in "Degrees North" showcase Xavier de le Rue's project to find the best rideable snowboard lines in the Northern Hemisphere using a motorized paraglider pilot for drop-off. Says de le Rue, "Everyone thinks exploration is about finding a place no one has touched, but maybe exploration is just about finding a new way to get to things." 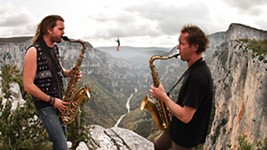 This Year’s Banff Lineup
A plethora of thrills and chills