Powerhouse Animation Is Making a Mark

In an age of glossy, photo-realistic, computer-generated cartoons, what Austin's Powerhouse Animation does seems as anachronistic as a horse and buggy. They provide hand-drawn animation for the digital age: commercials, trailers, video-game cut scenes, motion comics, character shorts to fill out the backstory, the art in your feed when you share a Facebook game. True, their tools are electronic, but the techniques are virtual versions of the same skills that Disney's legendary "Nine Old Men" used on Snow White and the Seven Dwarfs, or Chuck Jones deployed to drop an anvil on Wile E. Coyote's head. Co-founder and CEO Brad Graeber said, "We're one of the few studios that do this kind of high-level action animation, and maybe the last one in the States."

Graeber describes Powerhouse as a service company, a subcontractor on bigger projects. Most of their work is in the gaming industry, and it's that for which they're most famous, with their digital pencil marks on properties as diverse as Triple-A console titles like Mortal Kombat X, Austin-produced, turn-based strategy epic The Banner Saga, and WWE's tablet smasher Immortals. That's a change from their early years, when much of the workload was cleanup on shows like Disney Channel's The Proud Family. It was only at the turn of the decade that they made the jump into gaming, through collaborations like their retro homages for Austin-based Junction Point Studios' work on Disney's Epic Mickey franchise. Chief operating officer and co-founder Bruce Tinnin said, "When we were able to do one cinema or one cut scene for these guys, it just seemed to start snowballing, and we got job after job." 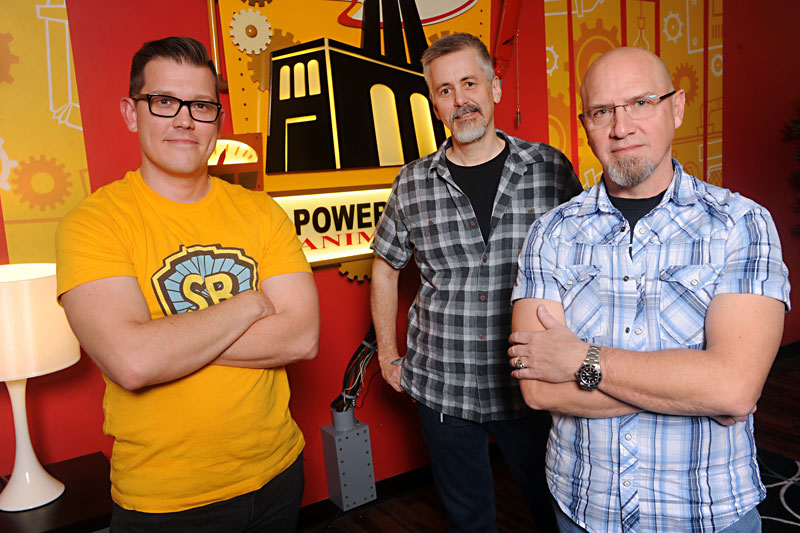 In 2001, Graeber and Tinnin were working at education start-up Zippity.com. Graeber was fresh out of Texas A&M's prestigious VizLab program, while Tinnin (Anastasia, Titan A.E.) had moved to Austin after the 2000 closure of Fox Animation Studios. Nearby sat another animator, Frank Gabriel, who had credits on Thumbelina and Space Jam. Then Zippity disappeared in the dot-com crash, and the three pondered their collective futures. Graeber said, "I didn't want to go back to A&M; they didn't want to go back to Arizona or California." Their solution was to rent a small, bat-infested office off Bee Caves Road and start their own animation firm. However, "this was the year that 2-D animation died," said Graeber, so their business model was brimming with crazed enthusiasm: build custom Flash arcade games for companies to stick in their lobbies. It was a plan so brilliantly bad that, in 2002, Graeber applied for a job as a Jason's Deli delivery driver, thinking he could drive in the morning and draw at night. "We were on the verge," he said. Then came a bolt from the blue. Someone called, claiming to be Clerks director Kevin Smith. Naturally Graeber thought it was friends prank calling, especially when the caller mentioned a superhero spoof he'd drawn called "Heroes." Graeber said, "He said, 'It's awesome,' and I said, 'Go to hell.'" In fact, it really was Smith, who'd seen the short, heard about their console business, and wanted one as a wrap-party gift for Ben Affleck and Jennifer Lopez on Jersey Girl. With this came work on the 10th anniversary edition of Clerks, and the three founders had a real, working animation studio. 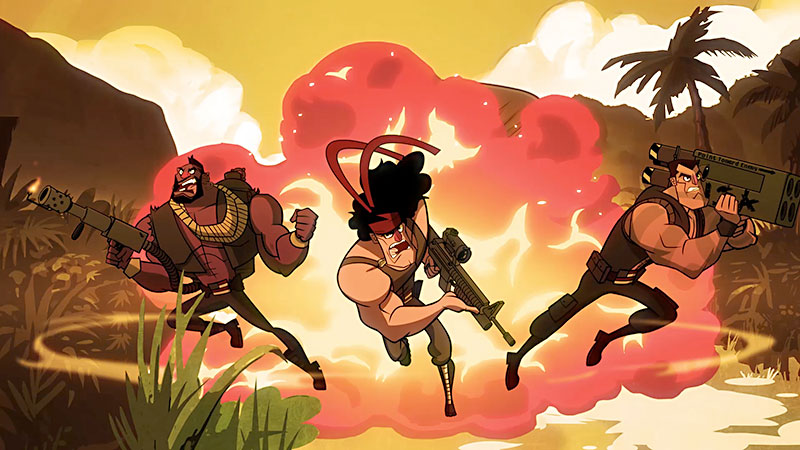 Walk through their new, bat guano-free studio, in a leafy business park just off MoPac, and the diversity of their client base becomes clear. With around 20 to 30 customers on the books at any time, animators juggle multiple projects, jumping from gaming to commercials to educational software, and products that blur the lines. The company has a house style in the faux-Cold War propaganda emulation that adorns much of their promotional materials (a tongue-in-cheek reference to the early days of the firm, when they competed with cheap overseas studios using the slogan "Animation by American Capitalists"). However, their commercial work has turned them into chameleons: Since so much of their portfolio is about converting existing properties and game designs into 2-D animation, adaptability is key. Gabriel said, "Sometimes we'll get something that's really cartoony, a Mr. Magoo, Fifties style. The next thing you'll get is this action, anime-style thing." 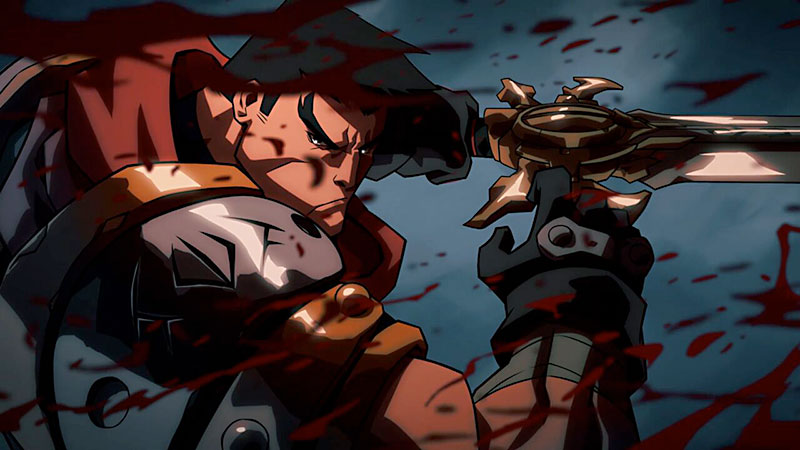 After 15 years, Powerhouse is on the cusp of the next wave of the animation industry. There are talks with VR companies about adapting their techniques for a virtual world. In between all external work, the animators are creating their first original property, kung-fu animation 6 Manos de Furia. Normally, a Texas firm would have a tough time finding a buyer in the L.A.-centric world of TV and online media. However, last year the firm opened its first branch outside of Austin: in Burbank, Calif., the self-titled entertainment capital of the world. It's small, a two-person sales operation with no local artists, but it's the difference maker. Senior supervising producer Rachel Citron, who handles much of the company's outreach and client contact, said, "The biggest benefit so far is name recognition, and getting a foothold in the entertainment industry that felt so insular for so long."

But while the firm is tapping on Hollywood's door, there's still a full slate in Austin. Harking back to their days at Zippity, one of their most consistent clients is Brain Chase, an episodic global treasure hunt that's actually a teaching tool for kids in grades 2-8. Citron said, "We've done a lot of educational stuff which, while great and fun to work on, isn't something the general public will see or have any idea about." However, that diversity pays off. "We'll get 15 phone calls or emails a week from people who want all kinds of different things, and it's nice to know that, whatever they ask for, we've probably got something in our portfolio that I can show them that is in the ballpark of what they want. The conversation is never 'Well, we've never done that.'" 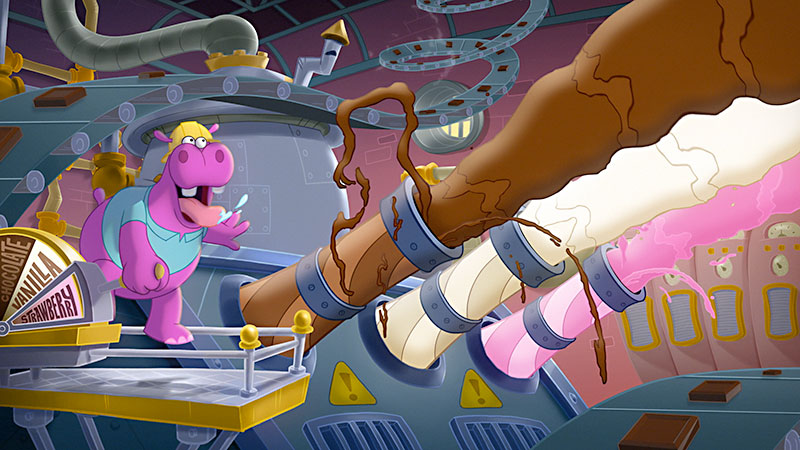 These days, roughly two-thirds of the company's workload is related to computer gaming, which begs the question: Why don't gaming studios, with their big CG-animation departments, just do it themselves? For Graeber, it's 2-D's organic allure that even the best CG can never quite achieve. "There's an emotion, a level of frame-by-frame-ness, that even a Hollywood filmmaker doesn't have that level omnipotent control that a 2-D animator does." Most modern games treat characters as puppets, a 3-D marionette to be dangled on digital strings. By contrast, Graeber said, "We need people who can draw. We need people who can make those drawings move and emote."

But the Powerhouse folks aren't Luddites, and make those digital puppets dance if they can create that organic feel. Gabriel said, "A lot of times, a character will be puppeted, and then go into full animation going from point A to point B. If he's just a head talking, we'll go to those puppet things, but they'll be really, fully puppeted. Lots of mouth shapes, lots of eyes, so it looks like it's hand drawn. It's funny, because everything is advancing to look like what was done 60, 70 years ago." 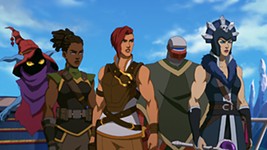 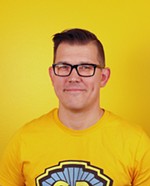 Pandemic Production, One Year Later: Brad Graeber, CEO, Powerhouse Animation
Then: "We have more pitches and more interest than we ever have had."
Now: "We're on the verge of a social experiment of going back into the office."