Like a confused Ben Carson pausing at the periphery of a double-Dutch game, unsure when to jump in, inscrutable, so too are the programming decisions made by what you call your premium cable channels. Even as broadcast (led by first the netlets, and now ABC proper) moves to a year-round cycle, you can bet every single HBO and Showtime show will come as a surprise.

One thing that will not shock you, however, is the content: rich, white, straight people, crying.

The genius move for any of these shows – and eventually they all do this or perish – is to accomplish something very few Americans seem capable of doing right now, which is to understand the difference between "universal" and "relatable." Friends never figured it out: It wore its white supremacy unto its very end, and we stood still for it, because the Nineties were a mean joke. HBO's Girls finally has figured it out, after debuting to well-earned complaints about its presumption of universality, and standing its ground pointlessly for a while, bloody-minded and scrappy. Togetherness has the good fortune and innate excellence to have started there.

So we are checking in with the rich, white people crying, on a network devoted to mostly that very thing, and guess what: They are fine.

Written and directed by Lena Dunham – as evidenced by its particular social preoccupations and verbose, exhausted charm – the fifth-season premiere of Girls (Sunday, Feb. 21) describes the history, current state, and future of the group through the gestures of an iconic afternoon's ritual: the last hours of preparation for Marnie's wedding to unbearable folkboi Desi. 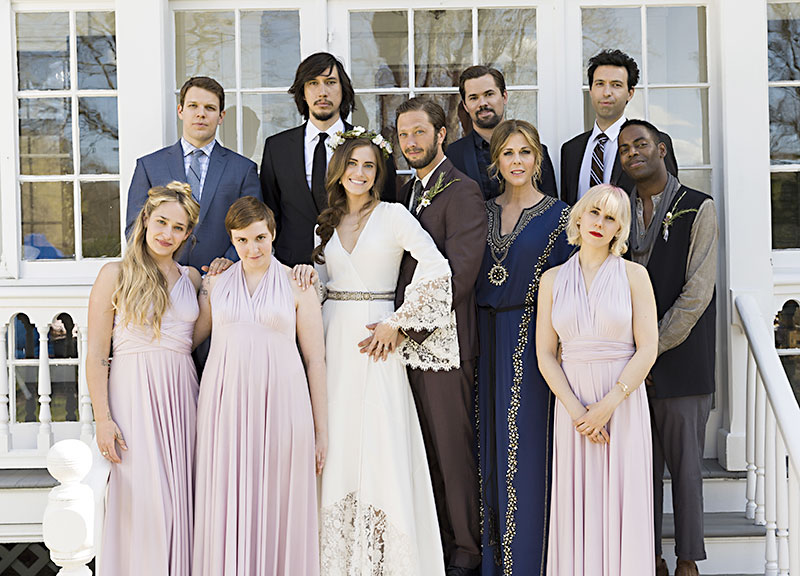 You never knew what you'd be getting, with these demographically limited Girls of ours. Marnie was awesome until she lost her way, Shoshanna became an effortlessly better Marnie than Marnie ever tried to be, and Hannah, who used to suck so much it was unbelievable, gratefully and gradually handing that crown off to Jessa, and so on.

But the show has finally caught up to itself: Spending its first half-hour apprising us of everybody's situations is a nod toward a respect the show sometimes gleefully denies us, but it's also less and less necessary: We know these girls – and boys – and, as the tagline for this season ("Finally piecing it together") implies, they are approaching their final forms.

As viewers, we have learned to read the telegraphed signs of Hannah's outbursts, not unlike the way an unlucky visitor to Jurassic Park learns to keep one eye on any nearby glass of water for the ripple effect of an incoming Tyrannosaur. But: so too, has Hannah. Even at its most horrific and cringeworthy, we have always been watching primarily the evolution and deepening of various stances.

Hannah has come from a learned performance of introspection to actual self-knowledge. Shoshanna was walked through the valley of secret smarts, discarding her Wise Fool pose to establish herself as the only full-grown adult. Jessa used to think being broken gave her power, but she's learning that assembling those jagged pieces together is real power: that "fixed" is not the same as "unbroken," but a lot stronger. And giant disappointment, and – as of this premiere – once and future favorite Marnie Michaels has come full circle to claim her destiny as urban queen bee: neither wholly basic, nor truly original in any way, like her spirit animal Kanye West, combining the best parts of both. Triumphant and indefatigable, like a cockroach, or Martha Stewart.

Meanwhile over on the very Duplass Togetherness, stasis is still the word. After the self-celebrating forward momentum of Girls it's even more a poetic comedown than usual, as we find our two sister leads – Amanda Peet's passionate, insightful trainwreck Tina and Melanie Lynskey's mesmerizing, inchoate Michelle – in holding patterns after that disturbing 2015 finale.

Michelle, after a season waiting on Dawson Leery-level self-absorbed husband Brett (Mark Duplass) to man up and realize she is a person, gave in to a crush during an overnight trip. Brett appeared at the worst possible time acting perfect, as Bretts tend to do, which seems to have spun Michelle's heartbreaking paralysis back the other way: Now she's afraid not just of her own destructive power, but the very real Turing Test-esque danger in trusting Brett's claims to sudden-onset adulthood.

Tina manages to charm her way through another nightmare performance as she childishly drops four grand on a terrible gift for Alex (Duplass muse Steve Zissis), assaults passersby, disses Peter Gallagher of all people, mugs her way through a karaoke performance of "Leather & Lace" and ends up throwing a Hail Mary in a hotel hallway to get Alex back in her life. Alex feels transformed by their breakup, from lovable schlub to overnight success, with a legitimately awesome girlfriend (writer/chillness personified Ginger Gonzaga) to boot; Tina just wants everything exactly the way that feels best. You can't really blame either of them, but in a rare tonal misstep Tina comes off slightly psycho, while Alex's passive-aggressive retreat to his basic Homer Simpson cluelessness seems particularly unearned.

In this case, it's maybe too early for a too-real-to-deal, Swanbergian, Girls-style "What are you doing"/"I'm not doing anything" gut-check scene. It's a sign of either trust or hubris whenever a show (especially one with a mumblecore pedigree) stages this particular trope: two people vibing at each other, begging to give and get permission to reboot the rules, to dig down beneath disingenuous and self-protective performances and levels and resentments, to something real. On the other hand, it's in reaching for those moments that "relatable" can feel universal. At least for a little while. 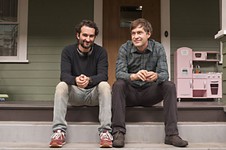