Abandoning the idea of running, jumping, and shooting has opened up the world of gaming to relatively new genres like empathy games (see That Dragon, Cancer, and Depression Quest) and "walking simulators" (Proteus, Gone Home). Some designers have gone one step further by reconfiguring or tossing aside the notion of playing. Here are a few local examples of powerful, but minimally interactive, artworks. 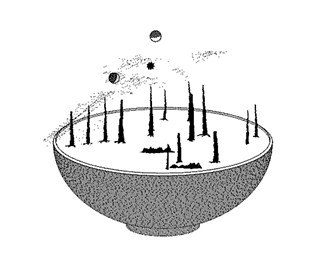 Katie Rose Pipkin
Pay what you wish
Available on browsers and for download
katierose.itch.io/mirrorlake


Imposing your will on Mirror Lake's bowls floating in space is not an option. Gauging scale proves tricky as small plants (trees?) and mountain ranges form uniquely on each bowl's surface. So either it's a cosmic bowl or these are miniature organisms growing in the vastness of the heavens. Adding to the sublimity of the process is Pipkin's 1-bit, monochromatic aesthetic which gives the bowl's generative powers a peaceful if somewhat lonesome consistency. It's reminiscent of Zen gardens, but without the constant worry of getting sand particles in your keyboard. Watch these mini/macro worlds emerge, or just minimize it into a corner of your computer's desktop so it's there when you need to unburden your brain. 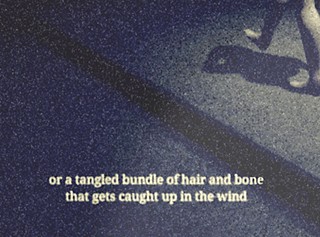 Animal Phase
Pay what you wish
Available for download
animalphase.itch.io/lost-thing


A game poem in its purest form, Charles Elwonger's Lost Thing rewards several play-throughs despite its unchanging plot. Lasting only a few minutes depending on the speed at which you digest the words, sounds, and imagery, that's not a tall order. The player interaction – holding down the space bar or mouse to continue to the next animated frame – might appear to be mere frippery, but like good poetry, every element is purposeful. Advancing the story involves inducing a short but clear breath sound. This gives the spare figure onscreen a sense of animation and helps players identify with the identity-challenged protagonist. The static-y visuals juxtaposed with crisp sound design imbues the short poem with a pleasantly contradictory sense of realism and surrealism, like a dream of something quotidian. 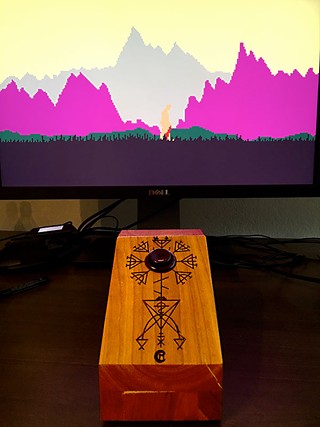 
Technically not available to the public, M. James Short has shown his death-metal-inspired walking simulator at local conventions and meet-ups. Seeing it in that context is worth it. Not only do you get to appreciate the one-of-a-kind controller, but you can observe the reactions of others to the game. It only takes one press of the game's sole button to realize that you are not the protagonist here, but the antagonist. Short programmed the pixelated character to walk, jump, and climb in an attempt to scale a mountain. Initiated onlookers know they are powerless to help, but the button calls to neophytes. At PAX South in San Antonio late last month, there were verbal altercations and individuals who physically protected the button from interlopers. The psychology of the game is only one layer to a promising experiment which should hit home computers soon.