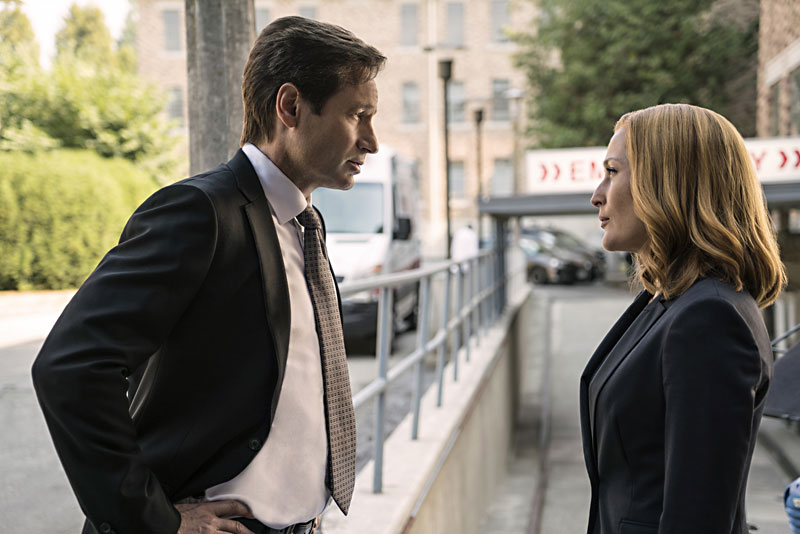 Hi there. My name is Jacob Clifton. For 12 years, I wrote about television with as much compassion as I could muster, at a site called Television Without Pity. Then I was at Gawker for a hot minute, which was a nightmare from which I still struggle to wake. While I was writing about television, my assigned shows fell into four main categories:

1) Reality television (American Idol, The Apprentice), which I cleverly avoided writing about by focusing mainly on myself and what I was going through in this life;

2) Science fiction (Battlestar Galactica, Doctor Who, Farscape), which I cleverly avoided writing about by focusing mainly on myself and what I was going through in this life;

3) Teens and what they are up to, or mostly what we wish they were up to (Gossip Girl); and

4) Women under surveillance (The Good Wife, Homeland, etc.), which is to say: women.

Perhaps it was the confluence of these four factors simultaneously in the show Pretty Little Liars – a show about teens under surveillance by a cyberbullying, ghostly ninja which I mostly used to talk about myself, being both stunningly beautiful and a little bit of a liar – that made this audience such a devoted one, but whatever it is, I remain fully engaged with them even though I have not written a word about the show in a while.

This week, though, I want to talk about The X-Files (premiering Sunday, Jan. 24). There is a haze of nostalgia that surrounds this show that I think obscures the real questions we should be excited about, which is what on Earth The X-Files could actually be about in 2016.

Now there was a time when the only TV shows that would tell you the truth were Nickelodeon's Avatar: The Last Airbender and its sequel The Legend of Korra, and a great deal of Canadian science fiction. Every now and then, Leslie Knope would blurt something real on Parks and Recreation, but otherwise most American television of impact fell somewhere between the Axe Cop Americana of 24 and the creepy cryptofascism of Undercover Boss (or The Bachelor, which I'm sorry to inform you, is sick as hell).

Not so with the Canadians, whose only export is being better than us. Orphan Black is the show you have heard about, with all the clones. Killjoys is a Syfy show about economics masquerading as a sci-fi show about kink. And Continuum was the first show I can think of, on any network, to take the post-Occupy world we now live in and actually run with the consequences. It told the story of a darling future fascist, sent back to our time to reconcile the dangerous anarchic and corporate forces of her own time by calming down their leaders as teenagers.

What this meant was that a lot of truths got stated in a boldly teenage way, vertiginous and delightful: Corporate interests control most of our politics and a fair portion, thanks to various cognitive fallacies, of our ideologies themselves.

Over the next couple of years, every drama seemed to revisit Occupy from various toothless angles, as even the one percent started to joke about the one percent. But then a strange thing happened: Everybody lightened up. Mr. Robot, House of Lies, the brilliant incoming Billions are talking openly about things that just a few years ago, it seemed like we weren't allowed to discuss. It stops sounding like Tyler Durden and, thanks to the senator from Vermont, starts sounding like Larry David.

Which leads to my question about The X-Files, which everyone loves in a personal and specific way and thus is hard to talk about: This is a show whose importance to the zeitgeist ended up being that it took this confusion, the scribbly static area of things we could not talk about, and repackaged it into the stock Gen-X stance: sophisticated paranoia.

The truth: out "there." Advertising: evil. Naomi Klein: very upset about something. The bad guys? The real, actual, vile bad guys? Still not sure. It involved bees, I know that much. Goo, of various colors and consistencies, may have been to blame.

So when The X-Files returns, will it be a Bernie Sanders: transparent, fire and brimstone, no-nonsense, utopian? A Hillary Clinton: all emojis and abuelas? A Vape-Smoking Man on a hoverboard like Fisher Stevens in Hackers? Or will it be a Donald Trump: red-faced, spooky, xenophobic, and babbling? I can see it going any way. What I don't want to see is a return to the safe arms of a faceless conspiracy, with no financial interests and an unknown agenda, because we did that, and it didn't work, and we know who the bad guys are. 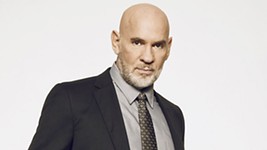 The X Files' Mitch Pileggi at Zach Theatre
What conspiracy brought the actor back to Austin, Zach, and FBI assistant director Walter Skinner all at the same time?