A distillation of pure cinema (no dialogue, no subtitles), this story of a young man entering a corrupt school for the deaf still haunts me.

Capturing the madness of everyday life in the concentration camps with unflinching intimacy, this is the very definition of tour-de-force cinema.

Director Denis Villeneuve continues to amaze, and this white-knuckle film about the ongoing war on drugs is both beautiful and hopeless. 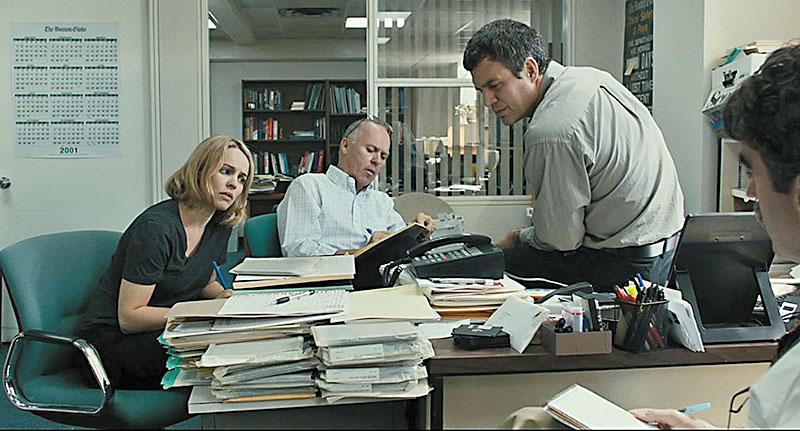 Man, they don't make 'em like this anymore. A great ensemble cast chews into a well-paced masterpiece on journalistic investigation.

A repeated middle finger and subsequent Molotov cocktail to oppressive sexual conservatism, five sisters come of age in a rural village in Turkey.

A film of intense performances, Room is a compulsively compelling film, filled with light and compassion, seeking to break the dark while never negating it.

7) A Pigeon Sat on a Branch Reflecting on Existence

This closing chapter to Roy Andersson's "Living" trilogy is an epic tale of love, death, and novelty vampire teeth.

Forget Creed – this was the can't-miss boxing match of the year as Vidal and Buckley spar for the ideological future of America. A haunting study of identity and loss in post-World War II Germany that culminates in one of the year's most perfect endings.

A lyrical and precocious gem, this Western fable charmed me to my toes, before ripping out my heart. The Gift, The Overnight, Results

Gold-mine TV: I'd be hard-pressed to note a better year, with the final season of Mad Men sticking the landing, HBO's The Leftovers finding new life here in Texas, and season 2 of Fargo just fucking killing it.

She's Funny That Way. Peter Bogdanovich made a couple of really good movies in the Seventies, but this Thirties screwball throwback pastiche is horribly flat and an embarrassment for everyone involved.