Which of the season's blockbusters will earn your dollars? 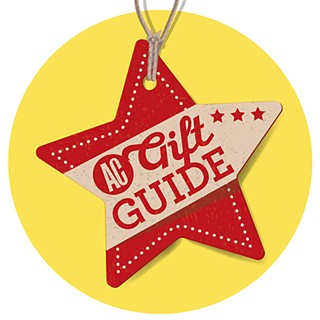 Finding physical video games to conceal with paper and offer to a loved (or liked) one gets increasingly difficult as the medium goes online. Thankfully, the big budget titles still come on discs. But which to buy? To the untrained eye, they can all look strikingly similar. Below, find the big hitters grouped by theme and whittled down to the best of the best to increase the chances of a pleasant holiday.

Season's Favorites (aka You don't have this already?) 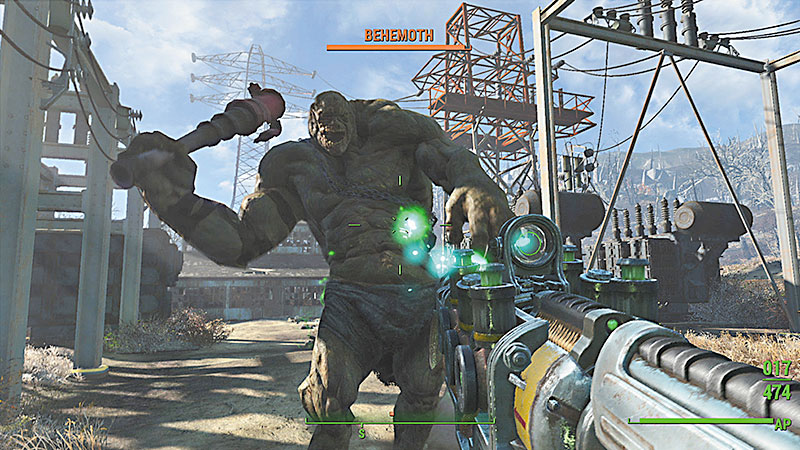 
Rise of the Tomb Raider


Warning: These are the biggest releases of the season. Double check that the intended giftee hasn't already spent weeks of isolation exploring every side-mission and unintended glitch. Few surprises here. Fallout 4 offers Bethesda's trademark (and perfected) blend of shooter intensity, open-world expansiveness, and role-playing-game progression. If the Star Wars devotee on your list just can't wait for the movie, Battlefront doesn't have the depth of Fallout 4 but offers a surprising variety of modes of play, from massive multiplayer battles to smaller teams of heroes vs. villains to single-player large-scale missions. It should satiate any Force fetishist. While thankfully not sporting the balance-impeding bust of her earlier iterations, Lara Croft returns for another bout of climbing, diving, raiding, leaping, exploring, and, yes, killing. The latter is certainly the least interesting aspect of Croft's journey, but the sights along the way make it well worth the virtual bloodshed.

Imperator Furiosa shouldn't be the only one tearing up the postapocalyptic landscape this year. It's not all groundbreaking, but the scope is so grand that if you can't find something fun to do, you aren't trying. 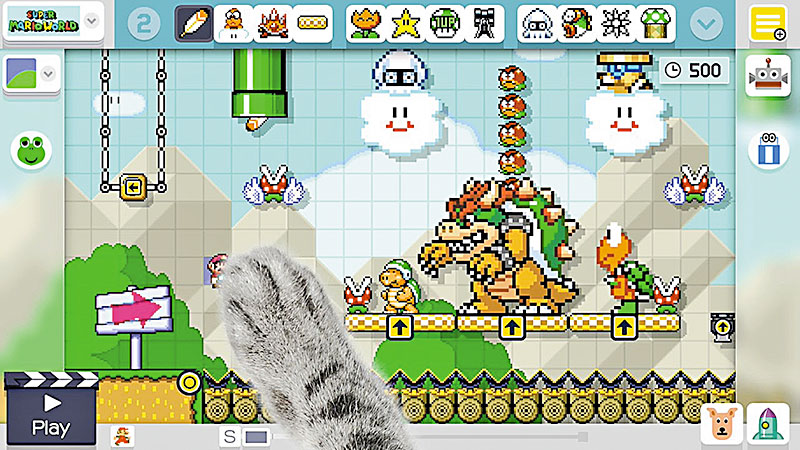 
Nintendo made so many landmark video games that it kept a death grip on the company-defining plumber's image. Minecraft meanwhile opens the world's resources to players. Both institutions turned over a new leaf this season. Super Mario Maker unleashes the surreal pantheon of mushrooms, fireballs, and turtle/dragons, allowing players to make and share their own levels. Adding plot to the boxy vistas of Minecraft has the opposite effect, which is akin to handing an instruction booklet to a person happily constructing their own world.

Delve into the minds behind Mario while simultaneously realizing that game design is hard. Luckily you'll find no shortage of interesting, challenging, and, of course, bonkers levels to play while you do.

Toys Included (aka The gifts that keep on taking) 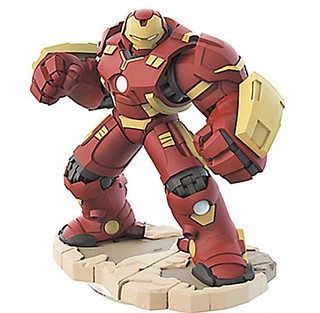 
Purchasing figurines to unlock otherwise inaccessible portions of a console game is the equivalent of in-app purchases on mobile devices. It's neat watching the physical world affect the game world, but the insidious capitalism is evident, and your kids will likely be powerless to resist. You might not recognize the Skylanders, but with Marvel, Star Wars, and Disney colliding in Infinity, you're bound to run into a beloved character or two.

We just want to be there when Han Solo and Iron Man hang out. 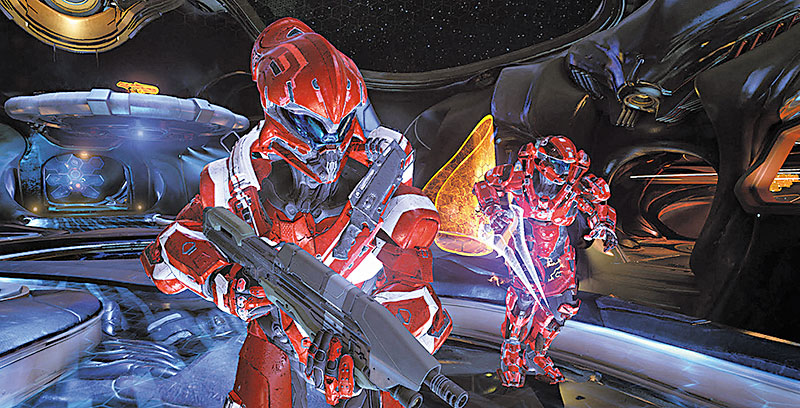 
Do we need more first-person shooters in a world plagued by frequent mass shootings? Probably not, but we're getting them anyway. The FPS genre doesn't tolerate much innovation, but Halo 5 manages to polish up its controls just enough to notice. The latest CoD continues to wade through another mediocre attempt to keep things fresh.

The alien worlds and taut controls still impress after all these years. 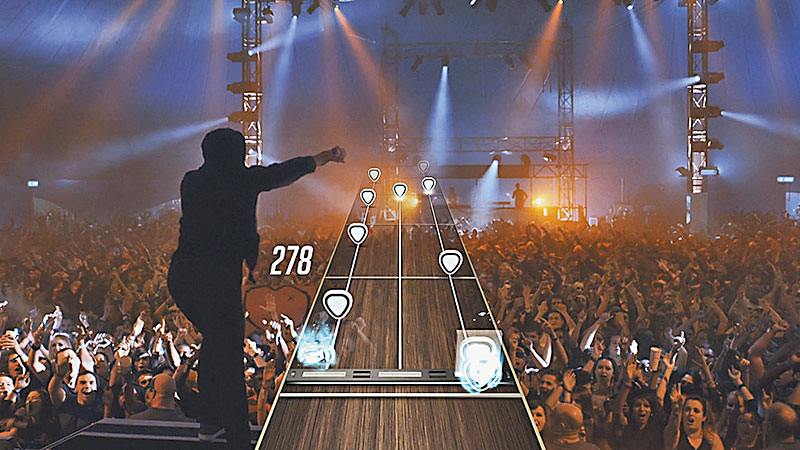 
If you thought those plastic guitars were going the way of the dodo with the rise of current gen consoles, fear not! The two flagship rhythm-game series are back. Rock Band 4 offers minor tweaks to the core mechanics and play options. Best of all, you can access songs purchased with previous Rock Band games. Guitar Hero has thrown out the rules they made with a redesigned guitar and full-motion video backdrops. The MTV-like channels take some getting used to, but offer real moments of new music discovery.

Everyone has a preference. Rock Band is the better party game, but the changes GHL made are bold and, for the most part, inspired.

No-Brainer (aka For the kinda-loved)


These utilitarian cop-outs are for the cousin or family friend the rules of polite society deem worthy of holiday consideration. Verify the platform preference and purchase them from any box store or online. Gift cards from local gaming stores might limit your purchasing options, but your soul will feel lighter. 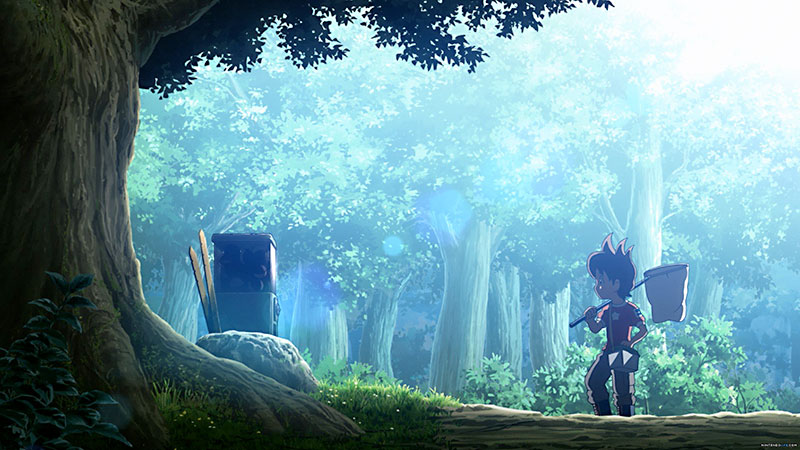 This Pokemon imitator has more charm and laughs than it has any right to. 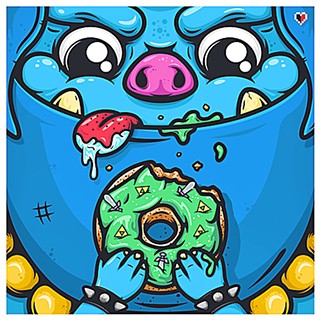 Find more gift ideas online including not-games-but-still-gamey suggestions from local stores, some digital-only, locally developed pieces of interactivity to keep you busy during the holiday downtime, and more. austinchronicle.com/giftguide