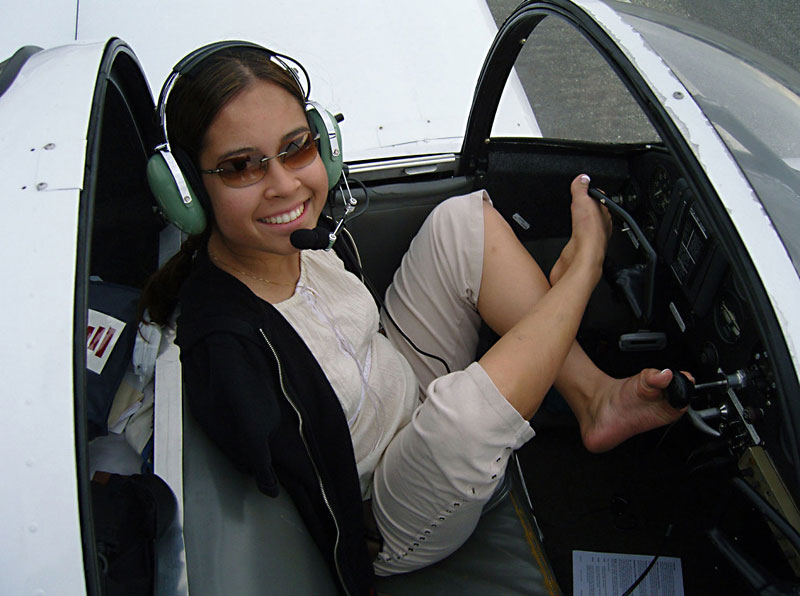 If the phenomenon of Star Wars: The Force Awakens ticket presales is any indication, huge numbers of people still flock to movie theatres to expand their universe. "Disability is a big part of that," says William Greer, Cinema Touching Disability Film Festival founder and coordinator. While working for host nonprofit organization Coalition of Texans With Disabilities in 2004, he saw a big need to increase awareness. "Disability has been in cinema since the birth of the industry, and there are some really remarkable films. What's a better way to educate people about disability than through film?"

Now in its 12th year, CTD offers a refreshing look at disability culture through film screenings and interactive events. "One of the important things about the Coalition of Texans With Disabilities is we not only promote the rights of people with disabilities, we practice what we preach," explains Greer. Staff, interns, and volunteers regularly include alternately abled people, with variations including visual and hearing impairments, quadriplegia, and intellectual disabilities. While legally blind, Greer loves to watch films. "There are a lot of really inaccurate and bad representations of disabilities in movies that give people the wrong idea or perception of people with disabilities. Our whole idea is to dispel common misconceptions, and what you see is that people with disabilities can do amazing things, incredible things. [In these films] you see some of the struggles they overcome and the joys that they have.

"You'll be amazed at how people with disabilities are really not different than any other people. It's just a variation."

Part of countering the negative portrayals of disability and celebrating the positive ones means exploring common themes – love, education, advocacy, and the pursuit of really big dreams – and constantly expanding the scope. Past screenings include "The Fake Beggar," an 1898 silent short credited with the first representation of disability on film; 2013's The Little Tin Man, an acclaimed documentary of Aaron Beelner's journey to break typecast by auditioning for Martin Scorsese's remake of The Wizard of Oz; and exclusive interviews with famed autism advocate Temple Grandin. CTD proudly serves as Texas' first and longest-running film festival specifically focused on cross-disability films.

This year's theme, "Look World, No Limits!" is an ode to Friday night headlining star, Jessica Cox. Born without arms, Cox often wears a favorite T-shirt that reads "Look Ma, No Hands!" while flying as a licensed pilot. She's also an advocate, motivational speaker, and third-degree black belt in tae kwon do. Right Footed follows her journey, and Cox will be in attendance for a Q&A. She'll also demonstrate martial arts in the Alamo Drafthouse Village biergarten, alongside One World Karate. Co-hosted this year by Girlstart, Texas Advocates, Girl Scouts of Central Texas, and the Women's Community Center of Central Texas, the festival's international short film competition winners will screen their films. The Pen 2 Paper Creative Writing Contest winners will also give readings. Greer notes, "The competition films are very eye-opening ... not what you'd expect at all."

Saturday night's feature presentation is A Brave Heart: The Lizzie Velasquez Story. Born with a rare disorder that prevents her from gaining weight and led to blindness in one eye, Velasquez has become something of an international star thanks to her remarkable work in the fight against bullying. She faced her online attackers with kindness and courage, and she's chronicled her quest for a better community to millions of viewers. Velasquez will be there for a Q&A. Notes Greer, "You don't fight negative attitudes with more negativity."