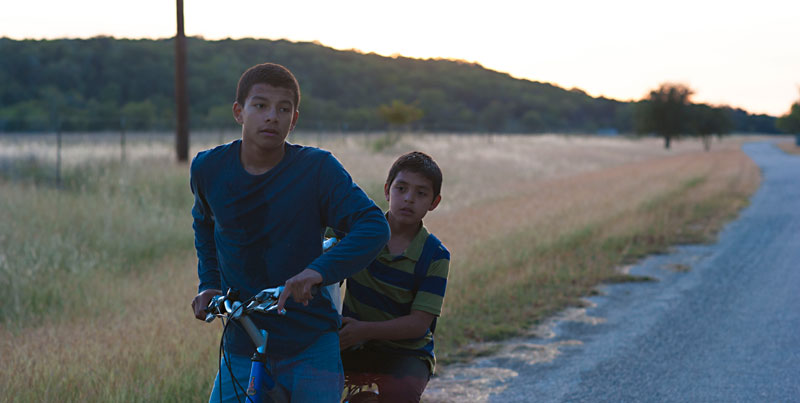 Fifty years ago, the University of Texas launched a Radio-Television-Film program that has grown to be one of the most recognizable, successful, and affordable college media programs in the country. With a notable alumni list that goes for miles and a yearly batch of impressive student films produced – last year Annie Silverstein's short film "Skunk" took first place in Cannes' student film competition – this department has much to celebrate.

To mark the half-century anniversary, UT's RTF program is planning an array of events that will kick off with the 2015 Longhorn Denius Film Showcase on November 1. Held in partnership with the Austin Film Festival for the first time, this student showcase features the work of graduate and undergraduate filmmakers and both documentary and narrative shorts.

Jazmin Diaz, whose film "Carne Seca" will be part of the showcase, grew up in Fort Worth and jumped at the chance to strengthen her film talents at a university in her home state. "Going to school in Texas, I felt that I could write at a much more personal level and shoot projects in familiar landscapes. There's also just a mind space here in Austin that I find great for writing."

Diaz credits her RTF teachers and colleagues with helping her develop a story-driven perspective and sense of confidence. "Faculty and peers were always just so supportive ... I was told to not limit myself." "Carne Seca" was also a SXSW short film selection earlier this year and tells the story of two brothers in Mexico who are struggling to make ends meet while dealing with a demanding father.

RTF Department Chair Paul Stekler says he's continuously impressed by the work of students like Diaz. "Whenever I think I know what students can do on film here, I see something I never expected. ... It's truly inspirational to teach here in RTF."

The RTF program's success has come about through its breadth, depth, and accessibility. According to its website, enrollment currently hovers at around 900 undergraduate students and 160 graduate students, and enrollees can focus on media production as well as media theory in a wide array of class offerings. Stekler points out another important factor in many students' decision to come to UT to study: "This is the most affordable film production and screenwriting program in the United States."

As fun as it is to celebrate past accomplishments, Stekler and the rest of the RTF department know it's important to keep an eye on the future, too. In addition to staying on top of technology developments like 3-D production and virtual reality, film preservation, global exploration, and continuing to encourage a diverse student body are all essential, as well. "Over a quarter of our students are Latino, reflecting the state we live in – and that diversity will continue to grow," says Stekler.

The Austin community is and will continue to be a key player in the department's evolution, and Stekler sees the city's film-friendly personality as both a cause and effect of RTF's success. He says the program has helped "fuel the boom in Austin filmmaking," and likes the fact that many students ultimately decide to stay here after graduation. "I'll get to see their work close up for years to come. What could be better than that?"

The Longhorn Denius Film Showcase screens at the Stateside Theatre, Nov. 1, 1pm. You can attend with an Austin Film Festival badge or pass, or by buying tickets at the door (space permitting). Limited seats may also be available in advance: contact Elana Wakeman (ewakeman@austin.utexas.edu) for more information.