The Past Casts a Long Shadow

History is now at this year's Austin Polish Film Festival 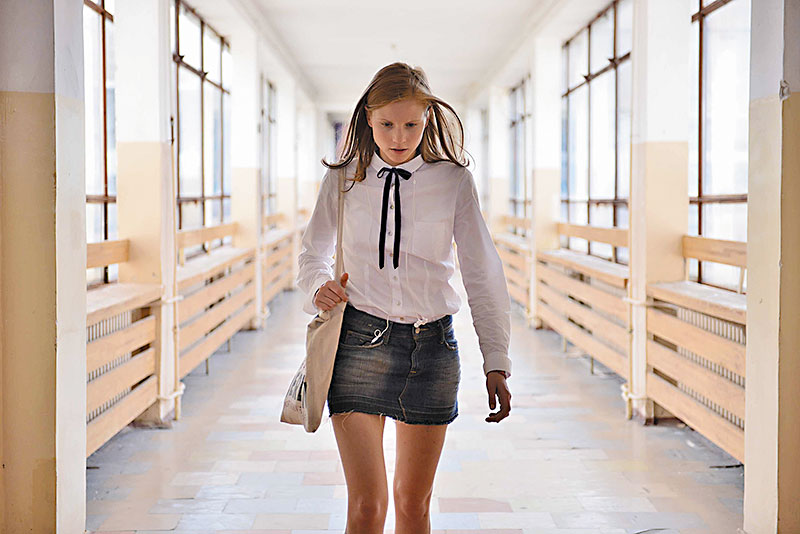 If there's an upside to Poland's tumultuous past and singularly unlucky geography-as-destiny, it might be the endless fodder these have provided the country's highly regarded filmography. A country sandwiched, as it is, between Germany (the Nazis) and Russia (the Soviets followed by the postwar Communist regime), has obviously experienced more than enough material for a full spectrum of film genres. The past's long, always thought-provoking shadow on Polish film and contemporary Polish life is evident, once again, in the 10th annual Austin Polish Film Festival program, much of which is based upon actual events. And, adds festival director Joanna Gutt-Lehr, most of this year's slate of feature narratives "are either thrillers or feel like thrillers." Something that can also be chalked up to the source material.

Here are some highlights from this year's program of political and historical thrillers, family psycho-dramas, documentaries, animations, and shorts: A Grain of Truth (2015) is based upon one of Poland's bestselling crime novels. According to Loyola film scholar Zbigniew Banas, who will attend the festival, much like many recent Polish films, this film "generates much of its power from rooting a contemporary story in Poland's complex past, in which the presence of Jews on the Polish soil was viewed with much suspicion and fear, especially in small-town settings." He notes, "Only now are the ethnic and religious animosities of yesteryear acknowledged more openly in feature films."

The Gods (2014), which snagged top honors at Poland's Gdynia Film Festival, is a biographical drama laced with comedy and psychological melodrama centering on three years in the life of Zbigniew Religa, a Communist-era "rockstar" of a heart surgeon (yes, you read that correctly) who broke through a recalcitrant medical establishment to perform Poland's first heart transplant.

Jack Strong (2014) is a Cold War thriller based upon the story of Ryszard Kuklinski, a Polish army colonel who, for an entire decade, passed government secrets to the CIA. The film was written and directed by Wladyslaw Pasikowski, who also wrote and directed 2012's Aftermath, a fictional film based upon recent historical (and highly flammable) revelations concerning the 1941 Jedwabne pogrom.

Anna Kazejak, director of The Word (2014), who will be present at the festival, is a young filmmaker who examines contemporary Polish life through the experiences of its teens, who, unlike their parents, Banas explains, are unburdened by the legacy of communism. "But with greater freedoms come the kinds of problems that their parents never had to deal with. Kazejak has a deft ability to tell a story set among teenage characters as if she were one of them, rather than a more judgmental adult."

And, of course, it wouldn't be a Polish film festival without an exhibit of Polish movie posters, this year's curated by longtime collector and former UT film student, Michal Poniz, visiting from Warsaw. From his huge collection, he's bringing pieces from the Polish School of Posters which were made for American films of Forties and later vintage. Polish movie posters are known for their distinctive artistic visual interpretations, explains Gutt-Lehr, with little resemblance to the more literal promotional posters generated by Hollywood. Polish movie art reached its apogee during the Communist era of the Seventies and Eighties, when made-in-Hollywood posters were banned. (Screening the film itself was a separate problem.) The government commissioned Polish artists and graphic designers to fill in the void, which they did with artistic gusto – abstract, surreal, and interpretive – often without having been allowed to watch the film. Many of these are now valuable collector pieces. Some that Austin director Richard Linklater bought from Poniz years ago now hang in the lobby of the Marchesa Theatre.