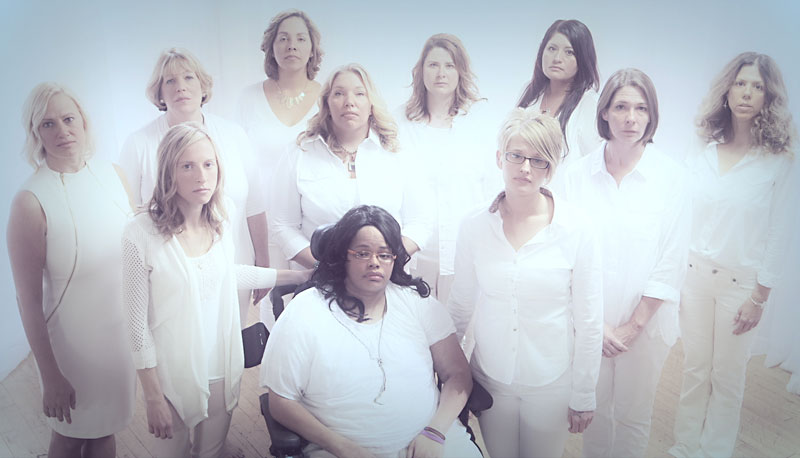 Homicide is the leading cause of death for pregnant women, and Tracy Schott's recently released documentary, Finding Jenn's Voice, seeks to shed a much-needed spotlight on this extreme act of intimate partner violence. For the film, Schott armed herself with a two-part mission: to tell one victim's story, and to convince audiences that domestic violence is real. "It's happening right next door in many cases," sums up Schott.

In March of 2011, Jennifer Snyder – known as Jenn by her friends and family – learned she was pregnant with her boyfriend David Rapoport's baby. After finding out, Rapoport shot Jenn twice in the mouth, doused her in bleach, wrapped her in trash bags, and dumped her body in a nearby ravine. Jenn was 27.

Schott, a Pennsylvania-based social worker-turned-filmmaker, learned of the murder through Jenn's aunt, Trina. Following Jenn's murder, the media seemed hell-bent on slandering the girl, and Trina hoped that Schott would be interested in telling Jenn's side of the story. Initially Schott was hesitant – what was the larger theme behind this heartbreaking story? But after a few moments on Google, Schott had her answer.

"It quickly came up that homicide is the leading cause of death during pregnancy," says Schott. "I wasn't deep into research mode, I was just Googling 'death' and 'pregnancy.' It upset me so much. At the time I didn't know we were really talking about domestic violence. I just knew the media wasn't covering this, and it dawned on me that I had the skill set to do this." Having spent her "previous" life as a social worker and child/family therapist, she knew she'd approach the subject matter from a critical angle.

And thus began the next four years of Schott's life. Finding Jenn's Voice is a 72-minute journey into intimate partner homicide and the psychology behind the perpetrators of these horrendous crimes. By the time the film arrived in the editing room, Schott had over 100 hours of footage, including interviews with doctors, professors, psychologists, and criminal justice experts. Additionally, 11 women survivors of attempted homicide are featured in the film, complementing Jenn's story.

"I chose these 11 because each of them has a piece of information that connects to Jenn," explains Schott. "Their stories are important to hear, and I also wanted to show the diversity of people impacted by domestic violence."

Some punches can't be held, and this movie packs one hell of a right hook. For all of October, which is Domestic Violence Awareness Month, Finding Jenn's Voice will be screening across the country. Schott hopes to get the film 1,000 screenings over the next six months – and not for the recognition.

"In the U.S., three women are murdered every day by their partners," states Schott, explaining the importance behind Finding Jenn's Voice. "Intimate partner homicide is a huge problem in this country. So frequently we look at femicide in other cultures with horror, but – it's not so good here either."

Due to the traumatizing subject matter, Schott chose to release the documentary through Gathr Films so that people could watch en masse for support. "Every screening is followed by a conversation because that's where the power of film lies: Get as many people in a room watching [the film], and then they go talk to people who weren't in the room, and that's how awareness spreads."

Finding Jenn's Voice premieres in Austin Oct. 19, 7:30pm, at the Alamo South Lamar. Tickets can be purchased in advance through Gathr Films at www.gathr.us/screening/12944.