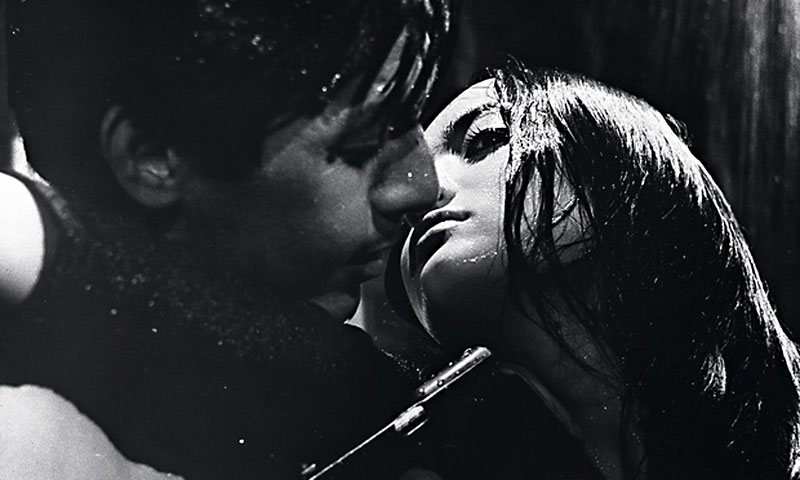 There is nothing quite like the experience of watching a Seijun Suzuki film. Whether it's his striking visual style, the acerbic humor he injected into his films, or his sometimes chaotic editing style, he was one of the more distinctive directors to emerge from the Japanese New Wave. If you're unfamiliar with his work, or only know him through the handful of films Criterion has released, you are in for a serious treat. The Austin Film Society has programmed a nine-film retrospective of Suzuki's best work. And if you've only ever seen his films on the small screen, prepare your senses for a feast of color, be-bop jazz punctuated by gunshots, and style to burn.

Suzuki got his start in the late Fifties, working for one of Japan's oldest movie studios, Nikkatsu. The studio was a veritable production line, sometimes releasing up to three films a week. With shoestring budgets and a turnaround time of less than a month from production to release, Suzuki averaged about three and a half films a year, mostly yakuza crime dramas and "angry youth" films. He came into his own with 1963's Youth of the Beast, an electrifying film starring chipmunk-cheeked Joe Shishido as a cop who goes undercover amid rival yakuza gangs to discover who killed a fellow officer. With wildly stylish colors and striking mise-en-scènes that wink at the artifice of filmmaking, Beast is film noir filtered through a hallucinatory lens and a devil-may-care attitude. This is Suzuki coming into his own, using his years of experience and delivering a wildly entertaining, complex tale of murderous sadists that, more likely than not, mirrored Suzuki's relationship with his bosses at Nikkatsu.

With Beast and 1966's Tokyo Drifter, Suzuki began to more ambitiously infuse his own style into the boiler-plate scripts he was given to shoot, much to the chagrin of Nikkatsu. He would constantly receive warnings from studio heads to rein in his style, despite his films gaining popularity with Japan's youth. But it was 1967's Branded to Kill that was the straw that broke the camel's back. Working with a minuscule budget and forced to shoot in black and white (both studio punishments, it seems), Suzuki crafted an avant-garde, absurdist masterpiece that pretty much broke every rule in the book. Eschewing proper film grammar, Branded to Kill has scenes in which a conversation takes place over multiple locations, has a character who is constantly followed by a rainstorm, and features a scene in which a butterfly landing on a sniper rifle botches an assassination (Jim Jarmusch would later give homage to that scene in Ghost Dog: The Way of the Samurai). It is Suzuki's "fuck you" to the hackneyed scripts he was given, indicative of his frustration with the studio that had him under contract. After the release of Branded to Kill (which Nikkatsu studio president Hori Kyusaku hated), Suzuki was promptly fired. He ended up suing Nikkatsu for breach of contract and personal damages, but that win also blacklisted him from filmmaking for 10 years. His return, 1977's A Tale of Sorrow and Sadness, is a wicked satire that skewers fame, suburbia, and (of course) corporations.

These days, Suzuki is enjoying a second life in front of the camera as a popular character actor in films and television, but this AFS retrospective is required viewing for any lover of hardboiled gangsters, femme fatales, and a filmic sensibility that broke through the confines of an establishment that sought to contain him. No. 1 (killer) with a bullet.

All films screen at the Marchesa Hall & Theatre. See www.austinfilm.org for info and tickets. 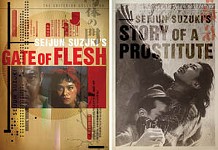