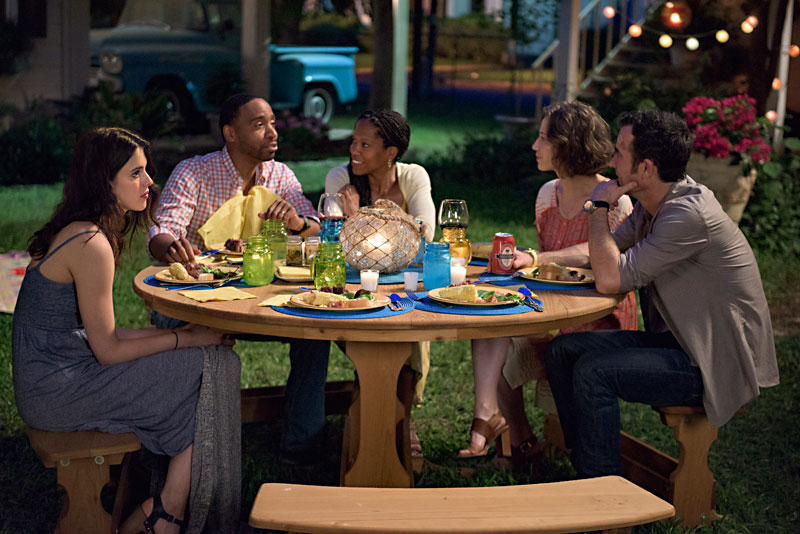 The initial season of HBO's The Leftovers was awash with the same grief that filled Tom Perrotta's novel of the same name. Season 2 is uncharted ground, written from scratch. What to do? Why, come to the Austin area, of course.

"We felt all roads led to Texas," Mimi Leder says from a corner of the Sheraton bar in Downtown Austin while scenes were being shot upstairs. Her smile is soft and kind, her eyes twinkle with life, but there is a sense of a person used to being in motion, waiting for the next mini-crisis to quell, the next scene to conquer. The second season premieres Sunday, Oct. 4, 8pm.

In TV parlance, Damon Lindelof is The Leftovers' showrunner and co-creator, the guy with as much ultimate control as can be expected in such a collaborative medium. You know him as the co-creator with J.J. Abrams and also showrunner for Lost. Lindelof, Perrotta, and other writers huddle on the West Coast while Leder steers the Austin ship as an executive producer and sometimes director.

The Leftovers' plot is simple: 2% of the worldwide population vanishes. Those left behind are a swirling stew of anger, loss, and confusion. From this arises the Guilty Remnant, a nihilistic chain-smoking cult of survivors dressed in white who prod the residents of Mapleton, N.Y., toward never forgetting the pain. Sheriff Kevin Garvey (Justin Theroux) is the show's linchpin, trying to hold together the town, his family, and his own sanity. The first season was both seen as ultra-dark in tone and critically acclaimed for its style and depth.

Leder directed the fifth episode of the first season, a particularly brutal one in which a Guilty Remnant member is stoned to death. Leder was quickly asked to then take on a larger role in production. "I felt I got the show in a very emotional and visceral way," she says of accepting the challenge.

Lindelof's general notion for season 2 was to go South, she says. Atlanta, Ga., was considered, but "it didn't feel special," Leder says, and had a look that's been seen before. Savannah also got a look. California was a possibility, but after a January scouting visit, the Austin area clicked. Particularly attractive was Lockhart's ornate courthouse square and the mostly vacant buildings around it, which Leder says had a "feel of history."

A strong crew base and filming incentives offered by the state of Texas added to the allure. The decision was made prior to the Legislature's decision to slash funding for the Texas Moving Image Industry Incentive Program for film, television, and video game production from the current two-year total of $95 million to $32 million for 2016-17. Leder bluntly says Texas likely wouldn't have been chosen as a location if the cuts had come earlier. The Texas incentives program has been seen as more attractive to television productions than big-screen projects. The second season of ABC's American Crime has also been shooting in Austin, and Jim Belushi has joined the cast of Fox's pilot for Urban Cowboy, a modern day take on the 1980 film, which is in production in town and is considered likely to go to full series.

Other key locations that figure prominently in The Leftovers second season include Moya Park, which serves as the location of an encampment on the show, the historic 19th century Moore's Crossing Bridge that leads to the park, Pedernales State Park, and McKinney Falls State Park.

While the first season was about handheld cameras, families falling apart, and grief, Leder says the second season is about families coming together, and the camerawork is more wide open, to the point of including drone shots. 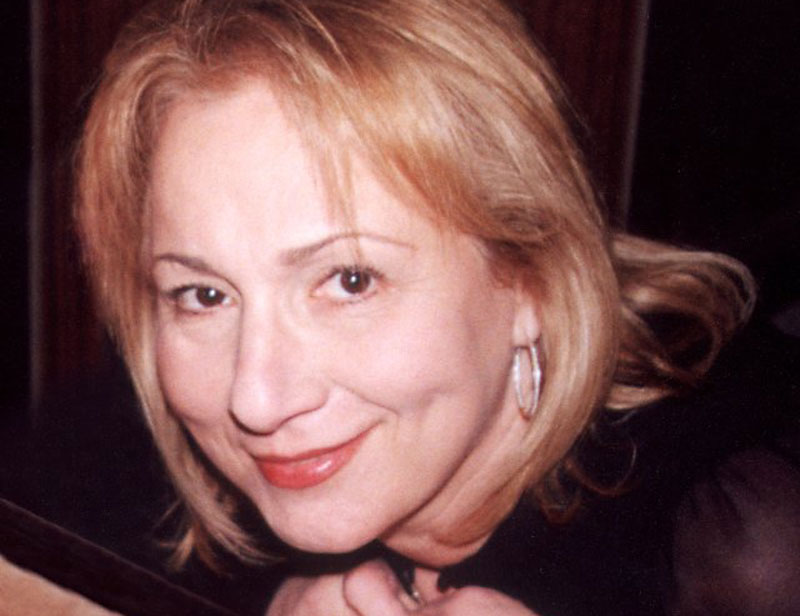 The second season plot hinges on Jarden, Texas, which is renamed Miracle because no one vanished from the town during the great Departure. Garvey, his family, and other cast members relocate there to find out why. They move in next door to another family that includes Regina King (who just won an Emmy for her work in American Crime's first season, also shot in Austin). Along the way, The Leftovers asks big questions about the meaning of life, Leder says. "Theres a deep emotionality about it," she says. "As the director, it's about getting the best possible performance out of the actors." In her larger role, she's tasked with assuring a sense of continuity between the different directors hired to manage episodes.

Expect the mystery of the small Texas town to be front and center, but never easy. As the voiceover intones in a second-season teaser trailer: "There are no miracles in Miracle." One big question that won't be answered is why the people disappeared. Leder echoes what Lindelof has said during television up-front talks: It doesn't matter. The show is about the survivors, not the mystery. "The writing on this show is extraordinary," she adds. "It's a real gift to direct and bring to life these stories created by Damon Lindelof and Tom Perrotta."

Leder directed three episodes during The Leftovers' first season, and more in Austin, but bluntly points out that just 16% of TV direction is done by women. She's quick to note that during a golden age of film in the 1910s-20s, female directors were commonplace. "When it began to be seen as a business, they were booted out," she says.

She knows the feeling. Leder studied cinematography at the American Film Institute, but got her start as a script supervisor before being hired to direct an episode of L.A. Law. She garnered four Emmy nominations for directing China Beach, won two Emmys for directing ER, and then became the rare female director of big-budget action films The Peacemaker and Deep Impact in the late Nineties. Next came 2000's Pay It Forward, which added a term to the dictionary but tanked at the box office. "I went to movie jail," says Leder, who couldn't get a job directing on the big screen again for the next eight years.

TV kept her career growing and thriving. Her resilience can be attributed to good genes and good examples. Her father, Paul Leder, directed B-movies from the Seventies through the Nineties, including such titles as Goin' to Chicago and I Dismember Mama. The film business was a major part of her youth. "I grew up with people sleeping in our living room and shooting movies in our home," she says. "My mom cooked brisket and noodle kugel for the crew."

In January, she and her brother Reuben Leder, former head writer for Magnum, P.I., plan to shoot a fictional take on her father's career, titled I Dismember Papa. It's a project they've considered for years, but she says the breaking point came when her agent wanted her to interview to direct a film about an alien on a submarine. Her film will be low-budget just like those made by her father. Despite their B-movie nature, she says the films tended to have a message underlying them.

"It's about following your dream," Leder says. "I learned from him that you could do anything in life that you want to. You just have to have passion, desire, and commitment." 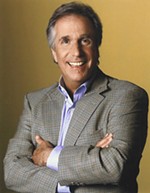 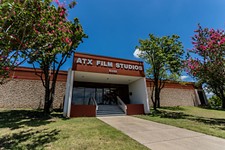 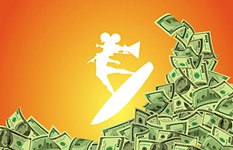