When We Were Live time-travels back to weird TV 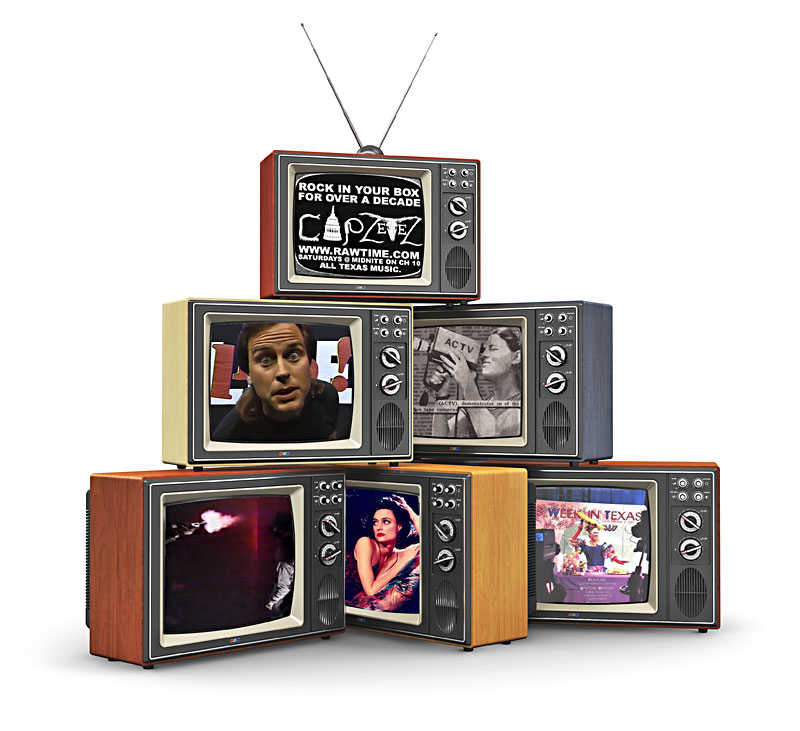 I shot a man in Austin just to watch him die ... on live television. In reality, it was a gag – real gun, fake gore, kiss kiss, bang bang annnnnnd I'm outta there like a shot. Ha! Seriously: I had a party to go to and it was April Fools' Day, 1991. The dead dude was my flatmate and Austin Access provocateur nonpareil Keith Kritselis, aka the eponymous host of the bewilderingly popular live call-in show Konk.

The stunt immediately went viral for its time: Viewers of ACTV at that exact moment (11:55pm to be, uh, bang-on) flooded the station and Austin's emergency services with calls. Cop cars squealed up with their light bars strobing and discharged nearly a dozen 5-0 sporting variations on the theme Heavy Fucking Weaponry. Frantically ambulating first responders burst in, expecting cordite-scented viscera all over the studio floor. It was total Mercury Theatre War of the Worlds chaos, and it caused a ruckus and a half. Good times, Konk, good times. Requiescat in pace, amigo.

And that was just another evening of over-the-top-shelf weirdness on ACTV. When people over 40 say "Keep Austin Weird," this is exactly the kind of wire-walking-sans-net they're talking about. Those bizarro-world Austin Access shows are long gone now, yeah, but thankfully an intrepid local filmmaker – John Spottswood Moore – is collecting all that Nirvana-era live footage and making a documentary about it. The Kickstarter campaign is in progress, but ends this Sunday, Aug. 30.

I hear a resounding question, mainly: Isn't YouTube the new public access cable vision? And why get all rose-colored over unwieldy equipment and late-night hometown also-rans?

The key difference, Moore explains, is that "YouTube isn't live. It can be live, but generally it's not. The joy of public access television, even when I was a kid, was that you could be on TV! You could call in live and it was better than Skype, better than Vimeo, better than a video game. It's something that I don't think technology has even come close to touching.

"The other thing that's so important," Moore adds, "is that these days, even if someone can Skype to anyone anywhere in the world, that's cool, but the whole point of 'community access' is that it's isolated and community-based. There is no broadcast beyond, say, Williamson County, and as a result, it draws us in, and we can talk about our community, where we live. The Internet is not any better or worse than access. It just serves a completely different purpose."

He's on to something there. ACTV was one of the inimitable starting points for Austin cinema gods Richard Linklater and Robert Rodriguez, the latter of whom shot his groundbreaking El Mariachi with borrowed Austin Access gear and Kritselis' 16mm Arriflex. (Prior to that, Rodriguez had lensed a fistful of awesome under the banner sobriquet Austin Stories, all featuring his pipsqueak sibs and all bearing the stamp of a future filmmaking icon.

"YouTube is the greatest thing to happen to free speech in my generation," says Moore, "and the accessibility of cameras [to the consumer] is fascinating, too. I just think there are a lot of elements that came with [Austin Access TV's] lack of technology. You only had one hour a week to say what you wanted to say, and it didn't travel far at all. That nostalgic period just before technology came in and changed all of our lives forever was what made Access great."

READ MORE
More When We Were Live 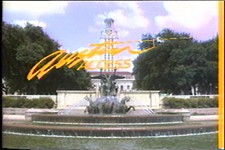 Austin on TV: The Bizarre Story of Cable Access
Web series and documentary highlight the wild heyday of Austin Public Access and its vibrant future