Tiger Style Games on bringing a dead story to life 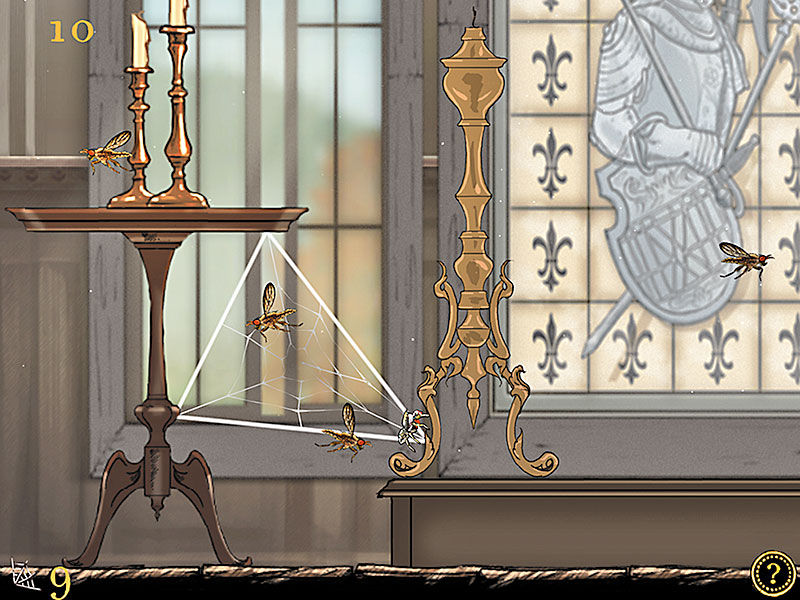 It's launch day for Spider: Rite of the Shrouded Moon, and the local development team has been boiled down to its two core members. The co-founders of Tiger Style Games, David Kalina and Randy Smith, have the look of exhaustion and excitement that accompanies releasing a project following a period of intense focus. "I haven't had a day off in two-and-a-half months," Kalina admits. "Social life's taken a bit of a hit."

The labor involved comes as no surprise since Spider is two games in one. You control the titular arachnid with one objective: Create webs and capture as many insects as possible. However, you, the human behind the controls, slowly discover a yarn being spun in the background as the spider spins webs in the foreground. Photos and other clues left by the inhabitants – who, judging by the number of bugs left to populate the estate, are long gone – reveal a domestic drama. Even deeper lie coded messages and puzzles indicating a family's ties to a secret society. "To understand the story you have to pay attention and play detective," says Kalina. "There's a payoff." You can choose to focus on the spider's needs (survival) or the human desire to explore the tantalizing depths of a rabbit hole filled with secret passages and lore waiting to be deciphered.

Smith found himself researching secret societies and discovered that "there are no definitive answers because there are so many sources clearly misrepresenting things." Over the course of separating the factual wheat from the conspiratorial chaff, one covert brotherhood in particular provided fodder for the game. Smith even promises that die-hards who research the arcane alphabet used in Spider can find real-life historic documents which in turn reveal deeply buried secrets in the game.

Spider: Rite of the Shrouded Moon is a sequel to Spider: The Secret of Bryce Manor which came out when there were no iPads and only one iPhone. What the original Spider lacked in scope it made up for in timing. Back then, "nobody even knew they wanted a good mobile game," Smith says. The first iteration of Spider hit the App Store while the iron was hot and is credited with being one of the first games to utilize the unique interface of smartphones. That iron has cooled significantly since, as the App Store drowns in countless games vying for attention. "A lot of the audiences now, because they're so big, respond really well to authenticity." Smith explains. "They want something they can tell the developer really cares about." Spider's laboriously detailed environments and nooks waiting to be discovered make that care evident.

Smith recalls the weeks of crunching to finish the game, saying, "We had much more control over everything. Dave and I really got in there personally and touched every square inch of the project with our own sensibilities and design standards. And that felt good."

Available on PC and Mac via Steam and on the App Store; coming soon for Android devices and PlayStation 4
www.shroudedmoon.com