A Fourth of July film roundup that goes beyond Independence Day

It may seem that we're at a bit of a high watermark for doing the right fucking thing these days, you know, as Americans, what with last week's legalization of same-sex marriage and getting rid of a flag that is inextricably linked to slavery. So there are a lot of things to celebrate as you fire up the grill and prepare to slightly injure yourself lighting roadside fireworks for our nation's birthday. But the battle is far from over, so the Chronicle staff has curated some films to watch over this holiday weekend that overtly or subtly shine a light on issues that very much deserve your attention. Moderate your hot dog and Bud Light consumption (and mind those fingers!) so you don't miss any of the (social) action.

Blue Velvet sums it up in one line of dialogue: "I'm seeing something that was always hidden." Ostensibly, ol' Jeffrey is talking about what's up in the neighborhood. But really, he's also in the midst of probing his own dark underbelly. (Spoiler alert: He likes hitting women.) Apply that to the American experience and you've got something like: how little we really know about the neighbor until we find ourselves counting the bodies being extracted from the basement. Who doesn't love a good mystery? But perhaps you should ask yourself: Are you a detective or a pervert? Or both? – Danielle White 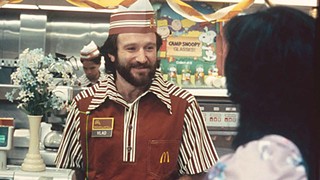 "Mr. Ivanov, can you tell us why you're defecting?"

In 1984, Robin Williams was still that funny guy who used to be Mork on TV. So when Paul Mazursky cast him as a naive Russian saxophonist fleeing to the waiting arms of Lady Liberty, everyone expected comedy fluff. Instead, they got an acerbic meditation on the immigrant experience, more Kafka than Capra. Fans of contemporary fare like Sin Nombre or Amira & Sam will recognize his heartbroken fury at the broken American dream, as he spits to a fellow migrant, "There's no freedom here. If there is, she's an orphan." – Richard Whittaker 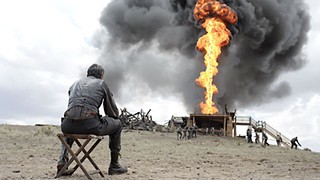 If ever there was a portrait of unbridled capitalism, is it not Daniel Plainview? What's in a name, right? Paul Thomas Anderson's masterpiece may be baptized in black gold, Texas tea, but the heart (or lack thereof) of the film is embodied by Daniel Day-Lewis stabbing a map with his finger and shouting, "What's this? Why don't I own this?" Paul Dano's preacher never had a chance, much like the earthquake-stricken residents of Dallas/Fort Worth. To paraphrase the last line of the film, "We're fracking finished." – Josh Kupecki 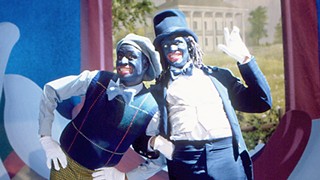 Pierre Delacroix (Damon Wayans), a pretentious proponent of respectability politics, attempts to make a point about lowest common denominator entertainment by creating Mantan: The New Millennium Minstrel Show. Unsurprisingly, America fails to appreciate the irony and the show becomes a huge hit, swallowing him and its young black stars (Tommy Davidson and Savion Glover) whole. Spike Lee's oeuvre has been inconsistent, but this knife-sharp satire hits all its marks. It captures both the general unwillingness of whites to acknowledge racism when it happens to work to their benefit, and the psychic toll that racism exacts on its victims, regardless of how they try to fight it. No matter which demographic you fall into, the joke's on you. – Amy Kamp

As the sweaty, jowly Sen. John Iselin, James Gregory dusted a keen portrait of Fifties Wisconsin Sen. Joe McCarthy, who destroyed countless lives blacklisting Americans during his incendiary reign as chair of the Committee on Government Operations. More than 50 years later, with white-haired, unabashed socialist Bernie Sanders running for the highest office in the land, the ghost of Angela Lansbury's covert Mrs. Iselin persists. From the dais of a committee hearing or on the filibuster pulpit, Texas' junior senator Ted Cruz takes immense pleasure in bringing high drama – and anxiety – back into politics. – Nina Hernandez 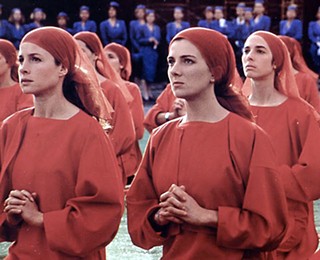 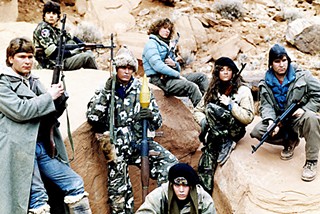 1984 was a dismal year for Midwestern America's farming heartland, but a glorious one for Hollywood. No more so than for self-described "Zen anarchist" director John Milius, who'd hit testosterone-fueled pay dirt penning Apocalypse Now. Milius' dream project, the Reagan-era Russkie's vs. high school Wolverine hotshots invasion epic Red Dawn, posited the Soviet/Cuban/Nicaraguan takeover of all that we held dear. Harry Dean Stanton, Patrick Swayze, and C. Thomas Howell fought back, intentionally recalling the U.S. defeat in Vietnam while simultaneously presaging the Iraq insurgency 20 years on. As a cordite-and-blood scented right-wing freak-out fantasy, it shock 'n' awed, albeit cheesily. 2012's remake switched up the bad guys to North Korea (as originally scripted, the yellow peril featured the People's Republic of China, but hey, Beijing's a huge Hollywood market now, so that was nixed right off the Kalashnikov bat). Despite the delusional plot – DPRK goons attack Spokane! – it proved considerably less lunatic fun than the original, what with a brand-new, multi-continent cold war and the War on Terror deathfest threatening to go all Putin/ISIL apocalypto at any moment.

Post 9/11 fear-fed jingoism plays even better now than in Ronnie's day. Fox News went gung-ho, review-wise; "Bleeding North Korean Life-Sized Tactical Mannequin Targets" were suddenly all the far-right rage, but once again, as it turns out, we have met the enemy and he is fodder for our divided-we-dither, red, white, and blue-black, bipolar politics. Let's just agree to call it "trickle-down nationalism," but with better bloodshots. – Marc Savlov 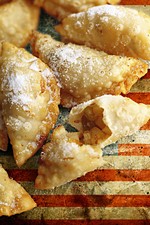 Fourth of July, Blue Velvet, Moscow on the Hudson, The Manchurian Candidate, Red Dawn, There Will Be Blood, Bamboozled, The Handmaid's Tale