Playing with the narrative of In Stereo 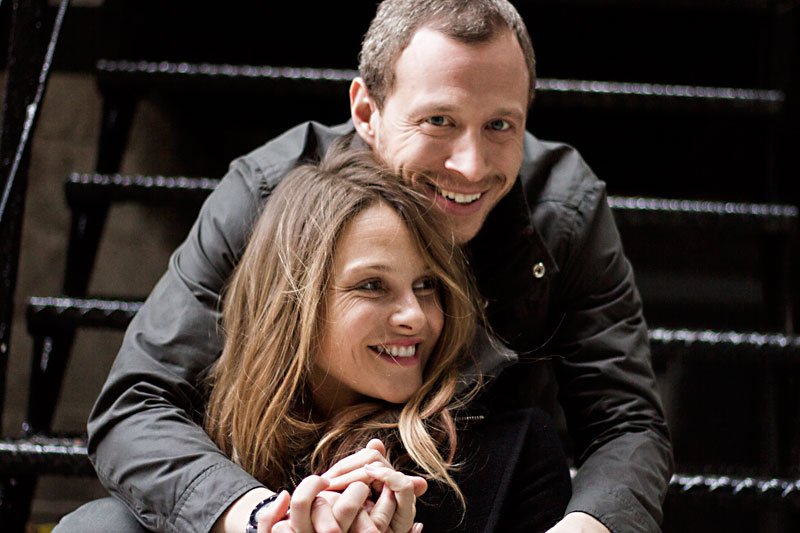 Micah Hauptman (top) and Beau Garrett in In Stereo

After breaking up, struggling actress Brenda (Beau Garrett) and flailing photographer David (Micah Hauptman) have found themselves tangled in a self-inflicted mess of insecurities, lies, and unspoken feelings. Their rough edges make them unbearable at times, but also – maybe – still right for each other.

A funky soundtrack featuring music from Daptone Records and Ubiquity Records functions as its own pleasant and mischievous component to the film, and because Rodriguez follows a nonlinear timeline, In Stereo takes unexpected turns towards a decidedly un-Hollywood ending.

As for Rodriguez's own timeline, he was born in Del Rio, Texas (imagine Friday Night Lights in real life, he says), and spent much of his 20s living in Austin. A longtime trumpet player, Rodriguez was able to find steady work as a musician here and soon fell in love with film, thanks to Austin's vibrant scene.

"Music and film collided for me," he says. Attending Austin Film Society screenings and running across directors like Quentin Tarantino and Robert Rodriguez (whose El Mariachi was shot a few miles from Del Rio) quickly assured Rodriguez that he was in the right place.

Though he came to Austin intending to finish college, Rodriguez soon realized where the true educational opportunities were. His modest musician's salary didn't allow him to buy badges to SXSW or the Austin Film Festival, but he "gamed the system" by working as a journalist, earning access to dozens of panels and films from 1999 to 2004.

"I really consider that my film school," Rodriguez says. At these festivals he picked up advice and began working on short films of his own. He also crossed paths with influential people: In 2003, he forged a friendship with a producer that ended up bringing him to Los Angeles to start a career as a film editor and director for both commercial and creative projects.

Though kept busy by the work Los Angeles has to offer him, Rodriguez sees problems there. Because money rules all, genre films are in high demand, and smaller, heartfelt projects aren't seen as marketable, so "you find yourself changing your own path."

Rodriguez tried his hand at fitting in by writing a thriller, but his true goal was to make In Stereo, whose script he had written while living in Austin. Inspired by Seventies films like Shampoo and Bob & Carol & Ted & Alice, Rodriguez wanted to put his own spin on the romantic comedy.

Rodriguez also admires sprawling TV shows like The Wire and finds inspiration in the short stories of John Cheever and J.D. Salinger. "I've always wondered why more films don't employ the structure of novels," he says. "It's more interesting storytelling when you have to infer what occurred."

Today, thanks to perseverance (making a short version of In Stereo and showing it around) and a little luck (finding a willing financier), his film is now ready to be seen. True to his Austin education, Rodriguez is happy to have made something he can feel proud of.

Like his characters, Rodriguez seems determined to keep avoiding boredom in favor of taking a more experimental route. "I might be making my life harder than it needs to be," he admits, "but it's just not as fun to do that sort of simple stuff."