Turk and Christy Pipkin are keeping busy changing the world 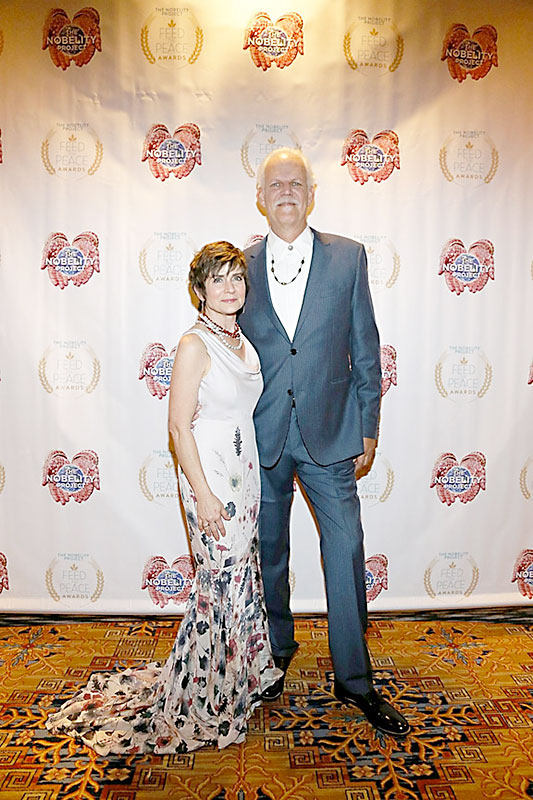 "'Hope' is the thing with feathers/ That perches in the soul/ And sings the tune without the words/ And never stops/ at all."

How many people does it take to change the world? And how long? As it turns out, not all that long, and not nearly as many as you'd think, given the daily deluge of 24-hour bad news issuing from the global media sphere. And speaking of building a better world – or at least fixing the one we have – this year marks the 10th anniversary of the Nobelity Project (www.nobelity.org), the Austin-based nonprofit organization conceived, run, and staffed by writer, filmmaker, actor, and activist Turk Pipkin and his wife and project co-director, Christy.

When we last checked in with the Pipkins in April of 2011, they had just released Building Hope, the third in an ongoing series of documentary films chronicling their work in building infrastructure and secondary educational outlets such as Mahiga Hope High in rural Mahiga, Kenya. Taken alongside 2006's Nobelity – in which Pipkin, inspired by his then-adolescent daughters and what sort of world they'd be growing up in, set about allaying his fatherly fears by interviewing nine Nobel laureates on the best ways to fix the future – and 2009's One Peace at a Time – which turned the first film's wise words into actual doable deeds, such as setting up a system for clean drinking water for the kids of Mahiga – this is the sort of advocacy journalism that literally gets good things done right.

And we mean a lot of things: Mere months after the release of Building Hope, the devastating Bastrop County Complex fires of 2011 erupted, which led the Pipkins to create a program of Texan reforestation they dubbed "Replant the Park." Since then, they've been covering the still stark and fire-blackened Lost Pines Forest with new trees, planted by area high school kids in a hands-on, real-time experiment in educating young people about conservation, reforestation, and local community action.

"I think that first year, the students planted about 25,000 trees," recalls Turk, "and the professional planting that we paid for did about 250,000. We're continuing to go into the park every year. The best part of it is seeing the kids get out there and get their hands dirty. Whether they're from Bastrop High School, farm kids, or from Westlake High School, they bang on the ground with a shovel and it's like solid rock out there. Thirty minutes later, it's like they've been planting trees their whole lives."

Granted, the politics and practice of reforestation wasn't exactly new to the Pipkins, seeing as how they'd previously been partners on the Kieni Youth Million Tree Program, growing something like 20,000 seedings at nurseries in a bold attempt to reforest the decimated Eburu Forest, in partnership with the Rhino Ark Charitable Trust.

But back to Bastrop: "We're going to do probably five or six days in the park this year," Christy explains. "We have another little satellite program where we may be taking this project about global reforestation into middle schools. They're a little young to take to the park because state requirements don't allow them to actually plant on-site, but we'll talk to them about global reforestation. One of our inspirations and mentors on Nobelity, Wangari Maathai, who won the Nobel Peace Prize in 2004, is how we got to Kenya in the first place. She established the Green Belt Movement, and that idea of local acts having global impacts really came from her. The idea that you can plant a tree really anywhere and make a contribution to the whole is a great message for middle-school kids."

The list of separate yet related programs and affiliates that the Nobelity Project now comprises reads like a glorious laundry list of good deeds and smart planning, with not a little common sense, and Texan can-do spirit bringing up the rear. The original Mahiga Hope High School Project has acted as a wellspring for a host of other conservatory and educational outings, among them the Kenya Schools Fund, which is working with some 25 school communities across rural Kenya building classrooms, libraries, and clean water systems. There's also the Roatan Bookmobile, on Roatan Island, Honduras, which provides free books (and all that that implies) to some 14 rural fishing villages and their 3,500 students.

Two new partnerships aim to expand both Nobelity's global-impact message and educational reach. The Austin-based and charity-minded company ESPEROS (translated loosely from Spanish, "to hope") manufactures "Classic," "Schoolyard," and "Weekend Warrior" backpacks and book bags that will help fund one year of education for a child in the developing world with every sale. Then there's the Turk Nobelity Reserve, a Syrah/Cabernet Sauvignon wine produced by longtime Nobelity supporter Hope Family Wines out of California. Proceeds from every 1.5 liter magnum sold (and it's available at Austin's Twin Liquors, the Clay Pit, and elsewhere, should you feel a tad parched at the moment) go to help fund clean water projects among the Nobelity Project's partner schools in Kenya.

All this and more – a Monarch butterfly program and Wheels for Humanity, among them – have grown, treelike, from Turk and Christy Pipkin's initial inquisitiveness about a dire world situation that has grown only more so over the first decade of the Nobelity Project's life-giving lifespan.

Certainly, the recent incursions into Garissa, Kenya, and the attendant, headline-grabbing kidnappings of schoolgirls by the Somalia-based terrorist group al Shabaab must have made things slightly more dicey for the NGOs like Nobelity and its regional partners, right?

"If al Shabaab is attacking universities," Turk says, "my response is to build more schools. Which is no different from what we're already trying to do, so it just makes me feel like we're on the right track.

"The fear people have of other people's religions in Kenya is the thing that worries me the most," he explains. "The tribal groups seem to be doing a little bit of a better job of mixing over the years because now the young people grow up alongside Masai kids, Turkana kids, and Kikuyu kids, and it's just like here. They don't see each other as black and white like we did in the South when I grew up there. But ultimately, none of that affects where [Nobelity] works, oddly enough. What affected us more was the [2013] mall attack in Nairobi, but we don't spend much time there. I think the rural areas where we work are much safer, more friendly, and the people there know us and we know them."

So the work of saving the world, one peace at a time, continues unabated as the Pipkins' truly noble project looks forward to easing the suffering of wherever they find it. It's a tough job, but somebody's got to do it, and 10 years on, Nobelity has moved mountains and made a measurable difference for the better in countless lives.

"The first film really led us to the nonprofit work," says Christy, "and because Turk visited Kenya, and visited this particular community, and then returned to tell the story about these kids needing to carry water to school, and how they were sick. That's what started this whole thing. And then people came with us. People started sending us checks in the mail. The storytelling leads everything, and so we're raising awareness and funds from this particular story. We didn't set out to build a hundred classrooms and put all these kids in school, but that's what's happened."

Sunday, June 14, at Stateside at the Paramount. There will be Q&As after each film.

One Peace at a Time, 4pm 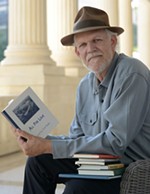 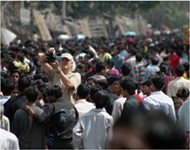 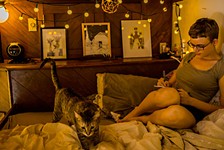 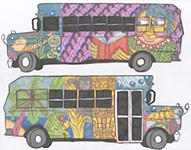