Go Make Your Own Movie 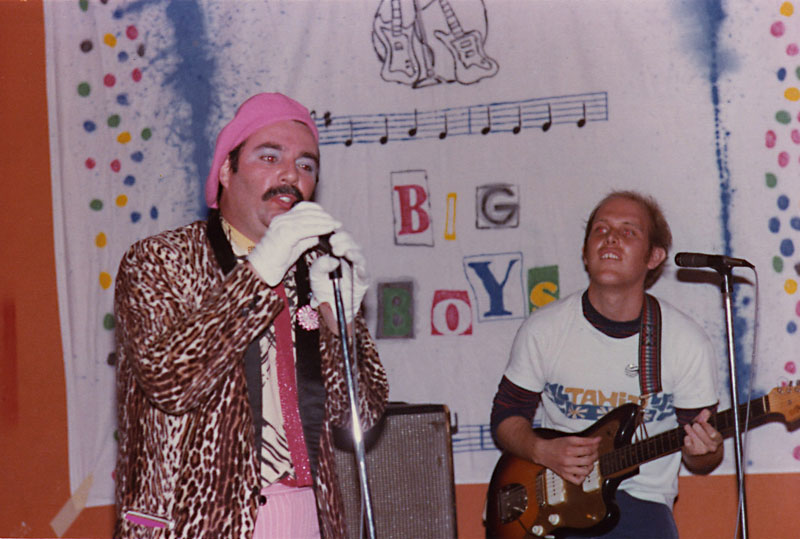 Austin's legendary funk-punk pioneers and skate-rat icons the Big Boys may have disbanded in 1984, but their musical legacy and DIY philosophy – "Now go start your own band!" – have continued to influence multiple generations of artists and misfits the world over. Frankly, an equally creative documentary film is long overdue. Enter Austin director Joe Salinas, whose forthcoming doc You Can Color Outside the Lines: The Big Boys is aiming for a Sundance 2016 premiere.

Currently criss-crossing the country in a Goal Zero solar-powered Chinook, armed with a Blackmagic camera sponsorship and accompanied by editor/cinematographer Justin Wilson (Filmage: The Story of Descendents/All), Salinas has already logged an impressive amount of footage, interviewing surviving members of the band (natch) as well as seemingly everyone who was ever influenced, inspired, or just plain pals with the band's late frontman Randy "Biscuit" Turner, bassist Chris Gates, guitarist Tim Kerr, and mainstay drummer Rey Washam.

"We're in Louisiana right now," reports Salinas, before adding a toothy anecdote about the alligator he encountered outside his tent the other night. "We're basically doing one big circle of the U.S., doing interviews and then sending the clips back to our editors in Austin."

"We've got Ian and Alec MacKaye, and Jeff Nelson from Minor Threat, Dave Grohl, Glenn Danzig, some dudes from the Necros, Fred Armisen, ex-Black Flag members, J Mascis, Steve Caballero, pretty much everyone. When we get to Fort Collins, Colo., my film crew and I will be doing a mountain climb for my friend [and all-around Austin musician/cool cat] Chepo Peña. We'll also be interviewing Bill Stevenson and Karl Alvarez from the Descendents. After that we go up to Montana to do some skateboarding and filming with Jeff Ament. And then there's Yellowstone Park."

"See, the whole conventional hotel shit, where you film and you're stuck there with talking-head interviews," Salinas explains, "that's not what I want to do. So we're going to do our interviews while rappelling, white-water rafting, surfing, skateboarding, all of which will be incorporating art. We've got mural artist Creighton Tynes along as part of the crew. We've got a lot of walls and surfaces throughout the United States that have already been approved for us to project images onto that we got from other people."

If all this sounds like more of a colossal art project-meets-adventure film-slash-punk history lesson, that's what Salinas has been aiming for all along. It does, after all, hew closely to the Big Boys' own radically imaginative aesthetic and ultimately ultra-inspiring DIY message.

"The Big Boys were one of the first bands I listened to when I was a kid just discovering skateboarding in Palestine, Texas. It was those guys, Minor Threat, 7 Seconds, Misfits, all those bands that I was listening to as a kid. But it was the Big Boys' whole ethos of 'Go start your own band' that really influenced not only me but this film. When Tim [Kerr] would be up there playing the guitar and would look out into the crowd and say 'You can do this, too,' you know? That was major, because I used to think that filmmaking was so fuckin' far out of my reach. I didn't have the formal training. I never went to film school. But like the Big Boys showed everyone, all you have to do is have confidence in yourself, pick up a camera, and just practice, man. Just keep doing stuff. Eventually you hook up with other creative people – just like when I was in the band Canoe – and suddenly you're doing all these things that, starting out, you never thought you could do." 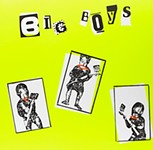 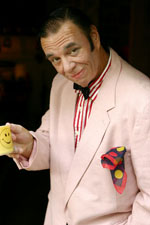 Joe Salinas, Big Boys, You Can Color Outside the Lines: the Big Boys, Descendents, Minor Threat