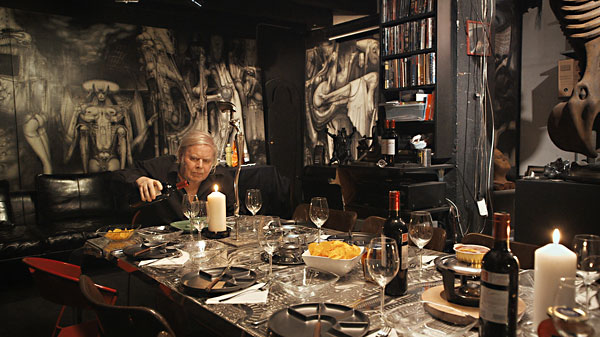 It's the most famous piece of modern horror art: Necronom IV by H.R. Giger. The spindly, eyeless creature became the defining image of the surrealist artist's career: sinister yet sensual, the epitome of the ethos that became known as biomechanical. It haunted a million dreams as the inspiration for the titular creature in Ridley Scott's Alien. Yet Belinda Sallin, director of documentary Dark Star: H.R. Giger's World, refutes the idea that the creature is monstrous. Like much of Giger's work, it is too elegant, too mournful, to be written off as simply a beast. "Monster?" she wrote from Europe. "Are these the hands of a monster?"

For Sallin, the provocative and pioneering Giger is the dark star. She first found herself in his orbit in the early Nineties, when she met his partner and assistant, Sandra Beretta. But it wasn't until 2011 that she finally met the man himself, and that meeting convinced her that he needed to be the subject of her next documentary. Yet the artist was clearly in failing health, and that shadow hung over the production. Sallin said, "We all knew there was only this one take, no retakes, no discussion, no direction."

Giger's work has been called morbid, making it all the more poignant that he was so close to his own demise. Sallin said, "I often felt a kind of finality sneaking up on me while we were shooting. For instance, when we were up on the Alp Foppa, somehow I just knew it would be the last time H.R. would return to that place of his childhood."

Wheezing and waning, Giger is shown as a man of few words, but the silence was not a byproduct of his failing health. He was just like that. Sallin said, "He never liked speaking about his artwork. He joked once that he never would've gotten very far on his ability to talk alone. Upon meeting him, I immediately accepted the fact that the word wasn't his medium and that I'd have to use other ways and means to realize the film."

The narrative climax of the film is the artist's final trip to the H.R. Giger Museum in Gruyères, Switzerland. Yet Sallin shot most of the film in the ultimate expression of Giger's work: his home in Zurich. Outside, it looked like an ordinary house; inside, it was part gallery, part workshop, part mortuary – his sanctum sanctorum. His most profound and disturbing work is a few feet away from the dinner table on which he shares meals with friends and business partners. The experience of seeing so many of his paintings in such close detail changed how Sallin interpreted his creativity. She said, "Suddenly, the creatures that seemed evil at first glance didn't seem quite so evil anymore. They looked more helpless, lonely, pitiful, or beautiful and elegant. I think it's extraordinary how Hans Ruedi could depict the duality of existence: death and birth, Eros and Thanatos, everything being one, everything being interdependent."

During shooting, Giger's ill health had unfortunately slowed his work down to a shadow of his former productivity. He had given up his beloved airbrush, and is only caught on occasion sketching in pencil. However, Sallin suggests that he was still engaged in his final masterwork, and the film is as much his creation as hers. She said, "In my opinion, by participating in the film, he made himself conspicuous in the eternal cycle of birth, life, and death. He became a part of his work, it was his last performance. He knew this from the beginning of the shooting. He knew exactly what he was doing." 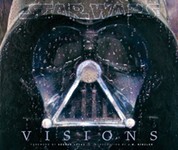