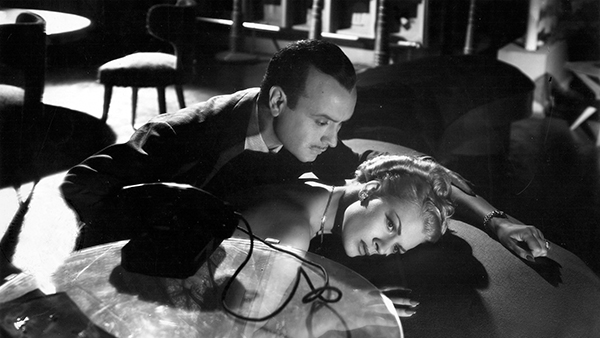 If there's a usual suspect when it comes to noir films, it's author Cornell Woolrich. According to Eddie Muller, founder of the Film Noir Foundation, "Every year, when I program a festival, there's going to be one or two of his films."

Muller brought the long-running Noir City Film Festival to Austin for its inaugural Texas crime spree last year (see "Dark Times in Austin With Noir City," Feb. 16, 2014). Returning to the scene of the crime, he's celebrating Woolrich's work, with 10 of the 11 titles screening based on his work. Inspired by last year's success, and the fact that Drafthouse booker Tommy Swenson is a Woolrich fan, he said, "It seemed inevitable; why don't I do a whole festival based on his stories?"

Truth be told, you're more likely to watch a Woolrich story than read one. As a novelist, he's nearly forgotten, outshone by the big bosses – Raymond Chandler, Dashiell Hammett, and James M. Cain. "To be brutally honest, he's not as good a writer," Muller said. "Even though Chandler and Hammett wrote about basically the same world that Woolrich wrote about, they did so with a very engaging voice that people enjoyed reading. He can wear you out on the page, but as a basis for film adaptations, clearly it's a very deep reservoir, because people continue to draw from it."

From 1929's Children of the Ritz to 2001's Original Sin, no noir writer is more widely adapted to the silver screen or the cathode ray tube. Muller called his trademark style "very similar to Alfred Hitchcock, in that it's generally a person who doesn't deserve the cruel fate that befalls them, and then they have to figure a way out of this dire circumstance." That could explain why Hitchcock crafted Woolrich's 1942 short  "It Had to Be Murder" into Rear Window, but he was not alone in such adaptations.  Throughout the Fifties and Sixties, Woolrich's stories were regular fodder for movies and anthology shows in the U.S., France, and Japan. Muller said, "His stories speak some universal noir language that every culture understands and empathizes with."

Noir City II's international highlight may be a double bill of No Abras Nunca esa Puerta (Never Open That Door) and Si Muero Antes de Despertar (If I Die Before I Wake): two Argentinian adaptations, previously unreleased in the U.S. Aside from screening noir films, Muller is the genre's great gumshoe, sleuthing across the globe for lost treasures. He got the hot tip on these twins from Fernando Martín Peña, chief film curator at the Museo de Arte Latinoamericano de Buenos Aires. Muller said, "He is the leading cinephile in Argentina, and this extraordinary person whose life is dedicated to movies. On my second trip down there, he said, 'Set aside a day. I'm off on this day, the museum is closed, we'll go in and I'll show you films from my private collection.'" Even though Muller doesn't speak Spanish, the power of Woolrich's narratives shone through on the 16mm print. "They were not translated, and I completely understood what was going on." Thick as thieves, the two collaborated: Peña hunted down original prints and negatives, while Muller put together the resources and finance to have new 35mm prints struck, with English language subtitles. "They're every bit as good, if not better, than the Hollywood adaptations," Muller said. "It's a revelation for people to see what was being done in Buenos Aires in 1952 with Woolrich."

Noir City Austin: A Tribute to Cornell Woolrich runs May 8-10 at the Alamo Ritz. Tickets and details at www.drafthouse.com. Find out more about the Film Noir Foundation at www.filmnoirfoundation.org.

A version of this article appeared in print on May 8, 2015 with the headline: What's the Rumpus? 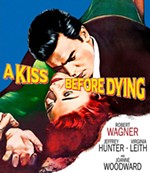