A weekend of rare films from the Premiers Plans Festival d'Angers 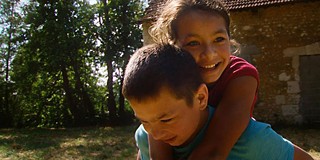 It's a running joke around here that you can walk into a random movie theatre at any given moment in this city, and chances are there's a film festival going on. Ain't nothing wrong with that; it's a constant embarrassment of riches in which local cineastes often have to make the hard choices between, say, a screening of a film noir classic or an obscure indie film from Peru. As the summer film season kicks off (see our thoughts on that here), and costumed crusaders induce us into a CGI-spectacle-laden coma, the Austin Film Society has cleverly counterattacked with a weekend of delightful and surprising films from up-and-coming filmmakers from France. Curated by programmers from the esteemed Premiers Plans Festival d'Angers, these films showcase emerging talent from our Gallic friends on the other side of the Atlantic.

First up is Spartacus & Cassandra, a vivid documentary by Ioanis Nuguet (who will be in attendance at the screening), about the titular brother and sister, two Roma children living in a makeshift circus community in Paris. Caught between the desires of their homeless parents and Camille, a trapeze artist who offers to be their guardian, the film is a heartfelt (and often heartbreaking) look at unhealthy familial relationships, the French welfare system, and the unassailable bond of two siblings navigating a tumultuous period of their lives. The film poetically evocates the joys of childhood, but a bitter aftertaste of Europe's treatment of the Romani remains, even when it seems the children have found a new life.

Insecure (Qui Vive) concerns Chérif (Reda Kateb), a man in his 30s still living with his parents. A security guard at a local mall, he yearns for a better place in society. After failing a written nursing test three times, he finally passes, moving him on to an intimidating oral exam. Chérif's life is complicated by friends from his childhood who have since gone criminal, a budding romance with a local girl, Jenny (Blue Is the Warmest Color's Adèle Exarchopoulos), and an increasingly hostile group of youths who harass him to the point of exasperation. In a desperate move, Chérif attempts to get the kids off his back, and the results turn tragic. Insecure offers up a glimpse of a Paris suburb little seen except for those living in it. Director Marianne Tardieu will be on hand to add insight to the many nuances the film portrays.

Lastly, there is Tonnerre, named after the town in north central France (the name translates to "thunder"), where we have Maxime (Vincent Macaigne), a musician who has moved back in with his father, falling for Mélodie (Solène Rigot), a significantly younger newspaper reporter. Their affair, at first playful and innocuous, becomes increasingly menacing when she returns to her ex, Ivan (Jonas Bloquet), and Maxime is sent into a spiral of madness. If there is a French version of mumblecore, this is it.

AFS has been hitting it out of the park recently in bringing to Austin films from around the world. These are films worth your time, and this may be your only chance to watch them. So do yourself a favor and see the world from another perspective. Chances are, it's not too different from your own.

All screenings are at the Marchesa Hall & Theatre.

A version of this article appeared in print on May 1, 2015 with the headline: Trois Couleurs 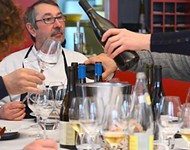