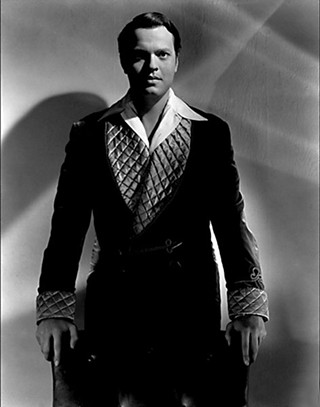 The life and career of Orson Welles is so vast and bedeviled with what-might-have-beens it's no wonder we're still talking about him 30 years after his death, 100 years since his birth. It's this centennial that has occasioned a new biographical documentary, Chuck Workman's Magician: The Astonishing Life and Work of Orson Welles, and also a two-months-long retrospective at the Alamo Drafthouse at the Ritz, curated by Drafthouse programmer Tommy Swenson.

There was the early, stratospheric success in theatre (he first talked his way onto the stage at Dublin's Gate Theatre when he was still a teenager) and radio, too. Then he headed to Hollywood and made Citizen Kane. It was a critical success even then, though the strong arm of William Randolph Hearst, who was unhappy with the obvious resemblance, sucker-punched distribution; it took a while before Citizen Kane started being bandied about as the greatest movie ever made. Welles lost his right to edit the director's cut at home studio RKO and, after toying with going into politics (his FBI file put a stop to that), the "boy wonder" embodiment of the American Dream eventually went into semi-exile in Europe – a better fit for him, perhaps, both artistically and for finding willing financiers. When he returned to America, he still couldn't get along in the studio system. (It took decades to restore his brilliant border noir Touch of Evil to something resembling his original vision.) In later years, there were paycheck gigs that tarnished his reputation but were emblematic of the artist's commitment to funding his personal (mostly unrealized) projects. He grew enormously fat, but wore well his girth, and its metaphor: that Orson Welles had an appetite for everything.

There were 14 feature films released in his lifetime, and an additional bounty of incomplete but tantalizing works that his fans are still combing through. The standard line is to wonder what might have been – if he'd held onto his director's cut, if he'd found adequate funding, if he'd held his concentration longer – but the what-might-have-been line of inquiry, while an interesting daydream, does a disservice to what actually was: a singular life and an extraordinary career.

April 4-May 25, Alamo Drafthouse at the Ritz

Citizen Kane (1941, 35mm) with "Too Much Johnson" (1938, digital) Following his infamous radio production of H.G. Wells' The War of the Worlds, which sent the country into a panic and police to his front door, Welles japed: "I didn't go to jail; I went to Hollywood." Citizen Kane was his bravura first film, and the first line in every obituary, too. Screens with "Too Much Johnson," a rediscovered short comic film written and directed by Welles and starring Mercury Theatre stalwart Joseph Cotten and Welles' first wife, Virginia Nicholson. April 4, 4pm; April 5, 4:15pm

The Magnificent Ambersons (1942, 35mm) Indisputably great, but also the most heartbreaking what-if: When Welles left the country to work on It's All True, RKO assumed control of the film in post-production, bowdlerizing Welles' original 132-minute picture for an 88-minute edit supervised (and in part reshot) by Robert Wise. Reportedly, the excised reels were dumped in the Pacific Ocean. April 6, 7:15pm; April 9, 4:50pm 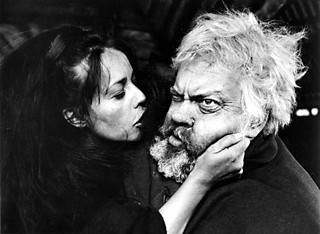 Falstaff aka Chimes at Midnight

It's All True (1993, 35mm) Following Welles' appointment as a goodwill ambassador to South America, he went to Brazil in 1942 to shoot this never-finished docudrama. This cut was assembled in 1993. April 13, 7pm

The Lady From Shanghai (1947, 4K DCP) Welles' only film with second wife Rita Hayworth (although the marriage was over by the time production started), this standout noir is best remembered for its funhouse-mirror final shootout. April 20, 7pm

Macbeth (1948, 35mm) Restored in 1980, this version reinstates the original Scottish accents that were originally overdubbed by Republic Pictures. April 25, 2pm

Confidential Report (1955, 35mm) This European-shot noir, dismissed by some as a knockoff The Third Man, is also known as Mr. Arkadin, which gives some small hint of the many iterations knocking around. The Drafthouse will screen the 99-minute Confidential Report cut of the film from an archival 35mm print via Janus Films. April 27, 7pm

Othello (1952, DCP) with "Return to Glennascaul" (1953, 35mm) Shot over the course of three years and funded in part by Welles' paycheck gigs (including his defining cameo in The Third Man; famously, Welles declined a percentage in the film's profits for a flat – and immediate – fee, which turned out to be a bad gamble). When he ran out of money, he memorably moved the action to a Turkish bath, thus eliminating the need for pricey costumes and compounding ingenuity and thrift in a way that would earn him Richard Linklater's praise as "the patron saint of indie filmmakers." May 2, time TBD Around the World With Orson Welles (1955, digital) Travels with Orson! This six-part ITV production journeys from Basque country to Vienna, Paris, London, and Madrid. May 11, 9:45pm

The Trial (1962, DCP) Two years after playing the predator in Psycho, Tony Perkins is the preyed-upon Josef K. in this unsettling and underrated adaptation of Kafka's novel. The paranoiac chiaroscuro of old-world Europe – including great use of the abandoned Gare d'Orsay – makes this one a must-watch. May 18, time TBD

Welles Said: An Interview Extravaganza Welles gave great interviews and was a frequent talk show guest; he suffered his fatal heart attack only hours after appearing on The Merv Griffin Show. May 18, 10pm

Falstaff aka Chimes at Midnight (1965, format TBD) Forget Olivier – that's the way Welles would have liked it, at least; he thought Larry was "seriously stupid." Here, Welles made a compelling case for the title of the 20th century's premier actor-director-interpreter of Shakespeare on film. He conjured Falstaff from five of the Bard's dramas and played him to perfection. Welles' biographer Simon Callow calls it his true masterpiece, and it was Welles' favorite, too. May 23, 2pm; May 24, 4:55pm

F for Fake (1973, 35mm) Welles told his friend Henry Jaglom that "the tragedy of my life is that I can't get the Americans to like it." This American loves it to distraction. In this essay-film, Welles is an outsized, impish showman, telling stories about magic, Pablo Picasso, and the con artist Clifford Irving, and teasing the line between fact and fiction. May 25, 7pm