So, I screwed up. A girl I was dating sent me a photo text of herself topless. I drunkenly forwarded it to a couple of buddies. One of them, without telling me, put it up on Reddit. Now I have no idea how widely it's been circulated. How do I put this genie back in the bottle and get the photo taken down before it somehow gets back to my ex and embarrasses us both?

This isn't just a mistake, UHOH, it's a gross violation of your ex's privacy, and in many states it's a crime. Though Texas has not yet passed a law outlawing "revenge porn" and unauthorized nudes, we already have precedent for hefty damages in civil court. Last year, a Houston woman sued an ex-boyfriend over private photos that he had posted online. She was awarded $500,000. In your case, it's not clear how the liability would be shared between you and your buddy, but, make no mistake, you both owe your ex much more than an apology. (And if your ex was under 18 when the pictures were taken, you will be amazed at the severity of the penalties you could face.)

That said, we agree that the best thing you can do now is work to get the photo taken down. If your friend hasn't removed it from Reddit or Imgur already, that's the obvious place to start. Hopefully anyone who has reblogged it has used links to the original location rather than copy/pasting or downloading and re-uploading it. If that has happened, the photo will be difficult to trace. You can try a "reverse image search" – companies like TinEye and Image Raider offer services where, if you upload a photo, they will identify other places on the Internet where the photo has been shared. It's a Catch-22, however. To find other instances of the photo, you'd have to upload the photo again, essentially recommitting the infraction that got you here in the first place.

We aren't lawyers – don't take legal advice from us. We do, however, suggest getting in touch with a professional. If you have access to a good lawyer, consult him or her about your options moving forward. Choose counsel that is well-versed in the Digital Millennium Copyright Act, which lays out rules for image ownership and "takedown notices." You might also seek out a good reputation management agency (but beware of scammers – it's not a well-regulated industry). If professional assistance seems expensive, consider what you could owe in a lawsuit.

Finally, you should tell your ex. As the owner of the selfie, she has additional power under the law to help, as you say, "put the genie back in the bottle" before it's too late and the image has proliferated widely. She will be rightfully angry, but she may be less litigious if she finds out about your "mistake" through a heartfelt apology from you. It's time to give her back the keys to her own privacy – you've borrowed them for too long. 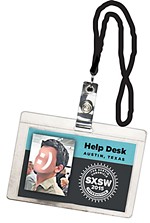