MoMA's senior curator on putting video games in a museum 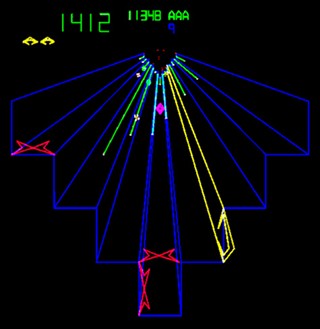 Paola Antonelli joined the Museum of Modern Art the same year SimCity 2000 was released by Maxis for DOS, Mac OS, and Amiga. That video game, a then-futuristic riff on the urban planning god-fantasy pioneered by the original SimCity, now resides in MoMA's collection alongside more than two dozen others. Since Antonelli, currently senior curator of MoMA's Department of Architecture and Design, made the announcement in 2012 via the museum's blog that the institution would begin to acquire video games – part of a broader move to incorporate interaction design into its collections – she and her colleagues have received heaps of praise from game aficionados and designers alike, leaving only a few fuddy-duddy art critics in the dust where they rightly belong. As one of the keynotes of this year's SXSWi, Antonelli's presence signals a willingness to highlight the longstanding complex relationship between art, tech, and design during the conference. Antonelli, for her part, remains an evangelist for an expanded field of design, dealing snicker-snack strikes to those who would deem video games too "lowbrow" for a museum's collection.


Austin Chronicle: I was recently in MoMA's design galleries – and I was interested in the way that you've chosen to display the video games in your collection. Elsewhere, you've said that you don't include the console to avoid "nostalgia"; can you unpack the display decisions you have made in this arena?

Paola Antonelli: It's a very good question because we worked on this a lot. We decided to acquire video games not as art pieces or cinema ... but as pieces of interaction design. The choice is to show interaction design, and interaction design is comprised of the body and the mind, the controller, and the experience. I wanted to show it without any of the nostalgia or white noise of the environment. I wanted to have this kind of isolation chamber, and I should say it's an experiment. The moment you justify a strong choice in an experiment with the belief it could work a certain way, people tend to show respect. In many other museums, but usually in museums of the moving image or in social history museums, video games are presented with the arcade cabinet. Just last week I was at a farewell party at a Lower East Side dive bar, and they had Pac-Man in the cabinet. I love the arcade cabinet! I love Pac-Man that way, but all of a sudden you're transported back to the future, to an era. I didn't want the era – the feeling of the Eighties – in the gallery.

AC: How do you contextualize the technical achievement of a game for viewers – for example, an achievement of coding? There's the didactic tombstone that tells viewers what they're looking at, but what other tools are at your disposal?

PA: With Pac-Man we tried to show the code by showing the visualization by Ben Fry. But I know it's not really as powerful as explaining the code itself. When it came, for instance, to Core War, its strength is that it takes advantage of a limitation of the processor and makes it into an obstacle. In that case I can only explain that with a tombstone. With a game like Tempest, which, between us is my favorite game ....

AC: I feel similarly ... Tempest is the game I spent the longest amount of time playing in MoMA's galleries.

PA: Isn't it the most beautiful game? In that case there's a tombstone, but you picked it and found it by yourself. Tempest uses retro graphics, the simplest forms, and it's so incredibly compelling, beautiful, and spatial. I don't think there's much more that we can do besides giving the people the interactivity, putting in the tombstone, talking about it – and that's what you can say about every form of art in a museum. Otherwise you try to communicate your enthusiasm as a curator by giving it a pride of place.

AC: Do the challenges regarding the preservation and conservation of video games excite you?

A version of this article appeared in print on March 13, 2015 with the headline: SHOCK: Video Games Allowed in Museum