How to Do Convergence Day

Feeling boxed in by the badge around your neck? Convergence Day is all about sampling what other arms of the Fest have to offer. On Tuesday, March 17, all sessions held on the fourth floor of the Austin Convention Center are open to badge holders of all stripes. Below we recommend a few panels that cross the aisles between Film, Interactive, and Music, along with other suggestions for getting the most bang for your badge. 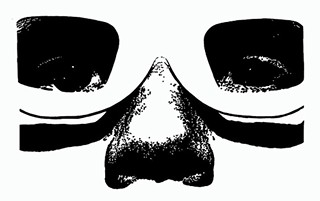 MUSIC: If you ever saved up your babysitting money to buy the soundtracks for Kids and Rushmore, you're not going to want to miss Music Makes Movies With Randall Poster, a chat with the veteran music supervisor who's done indelible work for Todd Haynes, Richard Linklater, Danny Boyle, and Wes Anderson. Room 16AB, 12:30pm

FILM: Our brain quietly breaks every time we contemplate the vastness of the cosmos; imagine what it's like for the artists and astrophysicists tasked with turning scientific data into the next IMAX entertainment. Get your mind blown at the Astrophysics Goes Hollywood: Cinematic Science panel. Room 18ABCD, 11am

MUSIC: Paging Dr. Feelgood: The Music as Personalized Medicine: Experiment at SXSW session explores the impact music can have on reducing stress, combating depression, and healing whatever else ails ya. Room 17B, 3:30pm

ALSO THIS!: Today's geek doesn't get shoved in the gym locker; he's the sabermetrics star. SXsports programming – open to all Interactive and Film badge holders – includes sessions with the likes of Sir Charles Barkley and UFC fierce fighters Ronda Rousey, Dana White, and Jessica Eye, plus movies that spotlight kicks culture (Sneakerheadz), stenographer speed trials (For the Record), and LGBTQIA athletes (Out to Win), among others.

Too much sitting, not enough stretching your legs? Austin's Black Swan Yoga studio hosts twice-daily sessions throughout the Festival for all badge holders. 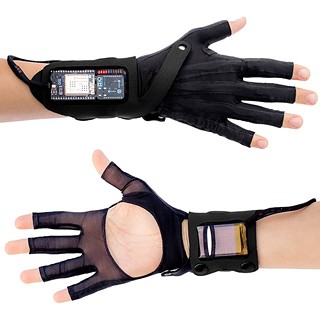 INTERACTIVE: If your guitar licks leave something to be desired, you might want to cut out the middleman and skip the instrument altogether. At mi.mu Gloves: Wearable Tech for Music Making, the team from UK tech company mi.mu (including singer-songwriter Imogen Heap) show off their sensor-enabled gloves. Next Stage, 3:30pm

FILM: At A Conversation With Henry Rollins, the 54-year-old former Black Flag frontman talks about his first leading man role, playing a cannibal trying to get clean in He Never Died. How hardcore is that? Room 18ABCD, 12:30pm

ALSO THIS!: For the first time, Music badge holders are invited to attend screenings in SXSW Film's 24 Beats Per Second program. The 20 documentaries playing this year include Kurt Cobain: Montage of Heck, Mavis!, THE DAMNED: Don't You Wish That We Were Dead, Sir Doug and the Genuine Texas Cosmic Groove, and All Things Must Pass, Colin Hanks' account of the toppling of Tower Records.

A version of this article appeared in print on March 13, 2015 with the headline: How the Other Halves Live