How to interact at SXSW Interactive 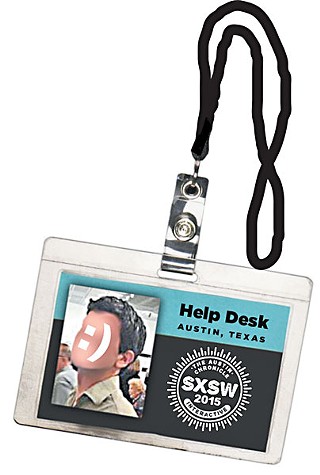 I'm coming into town for SXSW Interactive and hoping to meet people who can help me take my start-up to the next level. Any tips for making a big impression without coming off as "that guy"?

Somewhere north of 72,000 people will descend on Downtown Austin with some kind of credentials this week. Each has a SXSW-centric plan to see their band, movie, start-up, or career take off. Not one of them wants to remain anonymous. Still, they'd be well advised to take a cue from Anony­mous, our etiquette-conscious letter-writer. Just as important as getting attention is getting the right kind of attention.

For help with this topic we called on Austin start-up guru Joshua Baer. Baer founded Capital Factory, a Downtown incubator and tech-industry hub, along with 12 other companies, four of which he's sold. Baer helped us pinpoint a few specific "that guys" and "that girls" who you don't want to be this festival week.

If Baer has one core message to get across, it's this: "There's a fine line between being memorable and being obnoxious. Don't cross that line."

Anyone who has attended Interactive in the past has watched, annoyed, as an attendee hijacked the Q&A portion of a panel with a long advertisement for him- or herself. This kind of behavior will get you recognized for your tactlessness more than your talents.

That's not to say you shouldn't speak up during Q&As, of course. "Have one really good question, but don't have them remember you because you monopolized all the questions," Baer advises.

Baer is an enthusiastic user of Twitter. He recommends the platform as a way to make connections with the movers and shakers you'd like to meet at the conference – both to learn about where they'll be and even to make an initial contact with them.

"I think reaching out to people on Twitter can be really effective," Baer says. "It's something you do publicly, so people feel a little bit more of an obligation to respond or acknowledge you. It's easier to ignore an email than to ignore a tweet for some reason."

That said, Baer cautions that Twitter interactions with strangers can get creepy fast when proper boundaries aren't observed. "The tweets that say, 'Hey, I'm in your lobby, can you meet in the next 30 minutes?' – that's a turn-off," he says.

The best way to make a real connection with a new contact is through humor or shared interests. But jokes and hot-button issues can also be minefields. Interactive attendees are not famous for their social graces. Then again, you don't need to be a smooth operator to write the next transformative bit of code. Just focus on not being offensive.

Baer recalls an incident from 2012, when BBH Labs enlisted homeless people to serve as human wireless hot spots. The gimmick was widely regarded as insensitive. "On the one hand, it seems like a great thing," Baer says. "You're giving work and money to homeless people. And people like wi-fi hot spots." But if organizers had fully thought the project through, he guesses, they would have forseen the objections. Bottom line: If you have to wonder if your idea is offensive, try another tactic.

What about once you've landed that big coffee meeting? You've reached out over social media, made a human connection around humor or shared interests, and let your contacts know what you're capable of without foisting your whole résumé on them. Only one thing can stop you now: a dead battery.

Thus Baer's final advice. "Follow the ABCs of South by," he says. "Always Be Charging." 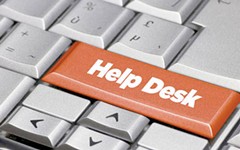