A Tough Year for Women Online

But is Internet culture moving in the right direction? 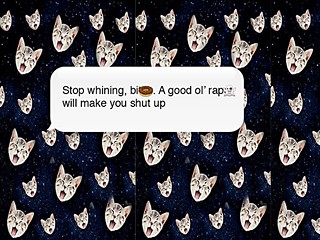 The Internet isn't the discreet entity we'd like to think it is. It's more a way of mediating our connections to other people. So it's no surprise, really, that all of the unpleasant aspects of presenting as female have made the leap smoothly from "real life" to online. What is particularly, notably unfortunate is how easy the Internet makes sexual harassment, stalking, and the enforcement of double standards, not to mention retaliation against people who make their experiences of them public.

The Internet is exhausting, even without taking sexism into account: loud, bright, constantly proliferating, always awake, unfiltered, and seemingly closer to inescapable with each passing day. When you add insults, threats, and data theft, it's enough to make you want to get off the grid. But while it's possible to exist without social media, email, or a smartphone, it's not easy, and it limits your access to and awareness of potential jobs, events, new friends, etc.

So what do you do, when the people who call out when you walk down the street now have the additional option of anonymously attacking you on Twitter from the comfort of their own homes? 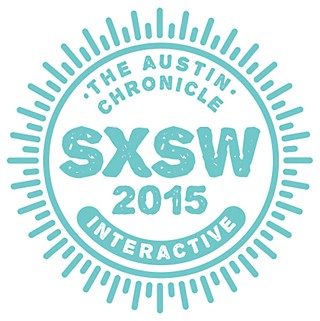 For starters, you have to work to prove to the skeptics that the problem exists; that it's not that you're overly sensitive, but that it's in fact normal to feel beaten down by threats of rape, commentary about your appearance, theft and publication of your private photos.

Juliana de Faria and Amanda Luz present Why Does the Internet Hate Women? De Faria is the creator of Chega de Fiu Fiu (Portuguese for "Enough With the Catcalling"), a project that looks at "harassment in public spaces [in Brazil]." About 8,000 women participated in an online survey. The results paint a bleak picture. For example, "81% have given up on doing something (like taking public transportation at night) out of fear of street harassment." De Faria's website Think Olga is aimed specifically at Brazilians, and includes information about how to report online violence and harassment.

De Faria and Luz, who is the managing editor of MdeMulher ("the biggest website network for female audiences in Brazil"), argue that "online harassment against women must be characterized as gender violence," using the well-known case of video-game cultural critic Anita Sarkeesian as one example of the number and variety of rape and death threats a prominent feminist critic can expect to receive online. Their presentation will follow in the wake of a recent United Nations analysis that found about 35% of women worldwide have experienced physical violence in their lifetime; that "technology is also being used for harmful purposes, for example, to perpetrate online harassment and abuse, especially towards young women"; and that "it would take more than 75 years [for women] to reach equal remuneration for work of equal value." (The report doesn't mention how many years it would take for women of color to catch up to their white counterparts.)

The UN report – or pretty much anything else on the topic – won't leave anyone feeling optimistic, but it's hard not to admire the efforts of women like De Faria and Luz. The entire point of harassment is to intimidate and dismiss, and it works all too well. There are many other problems women face, especially when those women happen to be poor, or minorities. It would be nice to be able to spend less time worrying about the consequences of being a woman with something to say, and more time making sure their points actually get made.