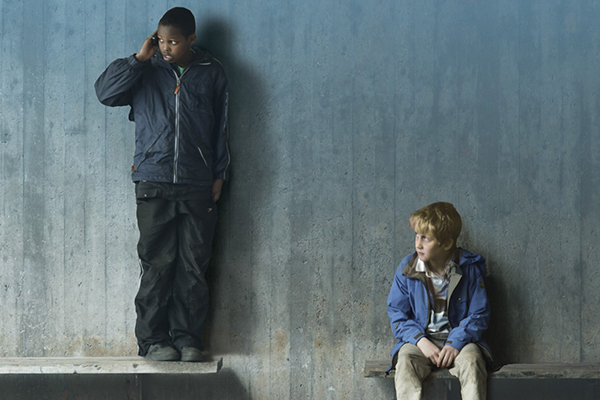 Last weekend, a YouTube video made the rounds of Swedish filmmaker Ruben Östlund and his producing partner Erik Hemmendorff reacting to the Oscar nominations. In the video, they pace nervously in a hotel room, watching the livestream announcement and reacting poorly when their film, Force Majeure, fails to secure a nomination for Best Foreign Language Film. Following the news, Östlund wanders off-camera and is heard heaving man sobs while his producer urges him not to get undressed. It's actually a play on a similar scene in Force Majeure – meaning, the video is a joke – but the video itself makes a tidy primer to the watermarks of an Östlund film: the mostly fixed camera, pivotal action that takes place offscreen, the lens on less-than-exalted human behavior. That many viewers didn't get that the filmmakers were having a laugh – "You could always give up film making disappointment and go stack shelves, or wide auld peoples arses or actually live in the shittiness that is our lives," urged YouTube commenter Boristhespie – well, that too is consistent with Östlund's provocative films, which appear so straight-faced you might miss how mordantly funny they are.

Those films have been little seen outside of Sweden and the world cinema festival circuit, but a new touring retrospective gives audiences a deep dive into Östlund's short but potent body of work. The Austin Film Society will screen his four feature films in reverse chronological order, starting on Friday with the brilliant – and, yep, Academy-snubbed – Force Majeure, which won Cannes' Un Certain Regard Jury Prize in 2014. In it, a family ski trip goes massively off the rails when the paterfamilias, in a moment of crisis, runs in the opposite direction of danger ... and his wife and kids. What follows is a startling, sometimes-smirking vivisection of traditional gender roles.

To continue the laboratory metaphor: Östlund's earlier films, Play (2011) and Involuntary (2008), observe, even more explicitly, humans during life's most mundane moments and also under duress. These studies can almost seem like one-way mirrors on lab rats moving in and out of frame, reacting (usually badly) to outside stimuli.

In the inspired-by-true-events Play, five black boys – immigrants – run a con on three other boys (two white, one Asian). The five boys have cooked up an elaborate, rather elegant ruse that plays on racial assumptions; is it even stealing when they head-game a mark into handing over his own cell phone? Meanwhile, Involuntary's case study expands to five concurrent vignettes. A fireworks mishap sours the mood at a birthday party. A teacher accuses a coworker of using excessive force with a student. A tour bus becomes the staging ground for a misguided high noon. Two teenage girls flex their nascent sexuality over one long boozy night. A fratty camping trip gets confused by a homoerotic prank. What most links the five discrete storylines is a rattling exploration of groupthink.

Counterintuitively, what makes these movies so exciting is the impassive, impartial camera. Because the camera is static and frequently set back from (or awkwardly framing) the "action," there's no forced identification with characters via close-ups or shared perspectives. Sometimes the camera rolls from so far away, faces are just fuzzy dots. All the better to hear the second-guessing, the subtle bullying. You can still spot the grand human muddle they're in from a mile away.

In Case of No Emergency: Films of Ruben Östlund

All films screen at AFS at the Marchesa (6226 Middle Fiskville). TICKET INFO

2pm: Involuntary (with "Incident by a Bank") 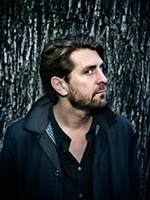