From Baz to Batman 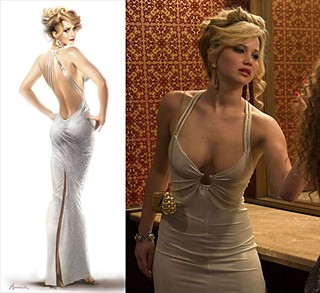 Australian costume designer Michael Wilkinson will appear at the Harry Ransom Center this Sunday for an evening of cocktails, conversation, and jaw-dropping costumes that's co-sponsored by the Austin Film Society.

Just how cocktail-worthy is Wilkinson right now? He recently spotted some of his own designs walking toward him down Santa Monica Boulevard on Halloween – and no, they weren't his much-scrutinized gritty redesigns of Wonder Woman, Superman, and Batman for Zack Snyder's upcoming films in the DC Universe. "I was thrilled to see a couple of Christian Bales and Amy Adamses coming toward me in full American Hustle splendor," he tells the Chronicle. "That's always lots of fun as a costume designer, to see your work hitting the pop-culture vein."

And how! Between fashionistas who drooled over the Diane von Furstenberg wrap dress in his Oscar-nominated American Hustle and comic-book fans discussing every last detail of his superhero designs, Wilkinson is enjoying a rare degree of pop-cultural currency for a costume designer. 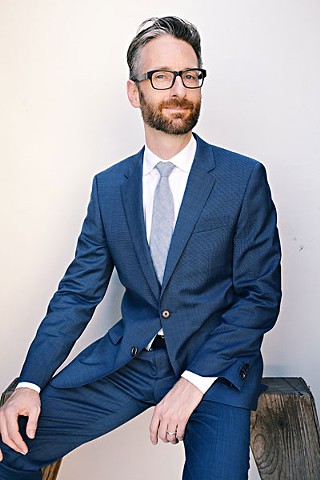 While gracious about his high profile, the soft-spoken Wilkinson nevertheless prefers to be backstage. As a teenager, he worked at the Sydney Opera House, helping with quick changes and costume maintenance. After obtaining a degree in design from the National Institute of Dramatic Arts, he continued to work in ballet and opera, but soon fell in love with film. "I loved both the focus and the resources, and the fact that a camera can really see costumes up close and really appreciate the tiny details," he says. Janet Patterson's designs for The Piano further inspired him, and he often cites the opulent designs of Piero Tosi, who costumed films by Franco Zeffirelli and Luchino Visconti, as an early influence.

Add to these opulent influences Wilkinson's work on two Baz Luhrmann films early in his career, and one is tempted to see opera everywhere in his work. In fact, there's a certain theatricality to many of Wilkinson's designs, from the string-and-paper-clip inventiveness of the club kids in Party Monster to the larger-than-life characters in American Hustle, who are almost like superheroes themselves. Speaking of David O. Russell's film, Wilkinson points out that costume-consciousness was built into the script. "These people were putting on costumes to become characters to change their personalities and be perceived by others in different ways," he observes. It's hard not to think of a certain mild-mannered Daily Planet reporter with a habit of ducking into phone booths.

Even when Wilkinson is operating in a more realist mode, his designs are highly sensitive to the ways that individuals perform their personalities through clothes, whether it's with washed-out, rich-hippie linen in Nicole Holofcener's Friends With Money or the lumpy cardigans in Shari Springer Berman and Robert Pulcini's American Splendor.

However, Wilkinson resists the idea that he brings a "signature" sensibility to his diverse projects, emphasizing that he finds a "costume language" for each director and each film. "I am someone who works in the service of a script, and of the characters. My first step in the process is to read the script, to fully understand the psychology of the character. Just as every character is different, so their clothes should be different. We're all individuals, we all express ourselves in different ways."

As for his own fashion sensibilities, Wilkinson calls himself a "jeans and T-shirt guy" who, despite his appreciation for the outrageous late-Seventies menswear he worked with on American Hustle, would probably never wear it. "If I was feeling really bold and racy, perhaps?" he demurred. "There's something about the feel of polyester pants that I'm not necessarily drawn to."

The AFS and the HRC present the Michael Wilkinson Artist Spotlight on Sunday, Nov. 16, at the Harry Ransom Center (300 W. 21st). Cocktail reception is at 5:30pm, conversation at 6:30pm. Tickets are available at www.austinfilm.org.