Escape to another fest with nerdiness in a different medium

Imagine the bedroom of the coolest film nerd you know. Now expand that space by 16,000 square feet, swap out the futon for 270 auditorium seats, and prepare to shake hands with all the obscure artists your buddy expects you to know.

Welcome to the innaugural MondoCon, a two-day convention at Marchesa Hall thrown by the local fanboys at Mondo. They've invited their favorite cult artists to Austin for two days of unadulterated geeking out. Here's what to expect.

• The convention floor will be packed with 50 exhibitors hocking limited edition art like a doughnut-eating RoboCop print created as a collaboration between Jason Edmiston and Mike Mitchell.

• Armchair poster artists can peek into the creation process at the Mondo Talk panel, where the company will design a poster live by implementing audience feedback.

• Mondo has dug up the lost original score to 2001: A Space Odyssey, reissued it to vinyl, and will be projecting the film with the new/old backing sounds.

• The prop masters from Chronicle Collectibles (no relation!) have meticulously recreated the Terror Dog from Ghostbusters and will display it alongside other vintage film sculptures.

• Italian horror soundtrack maestros Umberto & Antoni Maiovvi will perform a new score to Texas Chain Saw Massacre alongside a screening of the film.

• Basil Gogos, the legendary illustrator behind the Famous Monsters of Filmland magazine, will be onsite selling and signing prints.

• The comic book antiheroes from 2000 AD finally get their day in the sun via a world premiere of the documentary FUTURE SHOCK! The Story of 2000AD.

• Austin-based weavers Middle of Beyond will be showing off hand-tufted rugs inspired by the hotel carpet in The Shining.

• The depraved minds behind Seventies cult horror classic Faces of Death will be in attendance selling an array of new and old films from the Gorgon Studios collection. 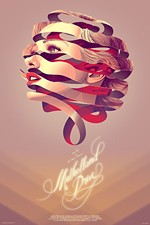