In 'Boyhood' and beyond, Austin native Zoe Graham acts naturally 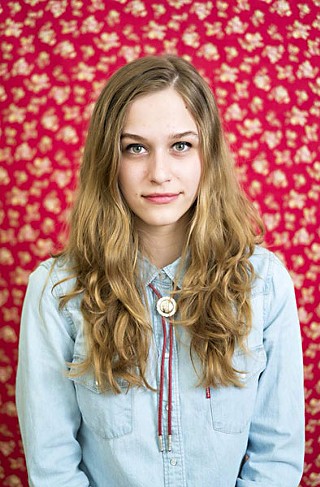 Like many good things, it started with a rock & roll band. Around 2010 or so, word around Austin was that director Spike Jonze (Adaptation, Her) was in town and looking for punky teenagers to appear in his Over the Edge (1979) homage, "Scenes From the Suburbs" (2011), a short film that would accompany Arcade Fire's masterfully orchestrated release of its album The Suburbs.

Award-winning, local, all-girl rock band Schmillion – for which Zoe Graham was a guitarist – answered the call.

Graham didn't know who Jonze was, really, but Schmillion drummer Sienna Blaw invited "interesting" friends to her house to audition for the film by telling a funny story, she says. Graham and Blaw made the cut, Jonze eventually won an Oscar, and Arcade Fire continued to bedazzle OCD fans with its promotional gamesmanship.

In the meantime, Graham embarked on a slow, almost casual acting career. An Austin native with creative-class parents who, until departing for college at the Maryland Institute College of Art last year, spent her life in the same Hyde Park house, she embodies some kind of eternal Austin mojo.

After "Scenes," she played a character dubbed Wants to Leave Country in Karen Skloss' segment of Slacker 2011, and at the age of 15 nabbed the part of Sheena, the high school girlfriend of Mason (Ellar Coltrane) in Richard Linklater's Boyhood. Next up is a small part in Rudderless, William H. Macy's directorial debut.

A beautiful blonde beloved by the camera – she is especially luminous in Boyhood – Graham is both goofy and unapologetically political in person. Wearing impressive snakeskin boots and a disarming unflappability at Flightpath Coffee House during a recent interview, Graham was presented with the prospect of being a golden girl, kind of like Jennifer Lawrence, but more overtly feminist. Pointing out that Lawrence's readiness to discuss her bodily functions represents a certain kind of feminism, she moved quickly to amend the record.

"Because I go to art school," says Graham, who also works at Austin's STEAM camp during the summer, "I have a very broad definition of feminism. I think the only valid definition is to say that I'm a feminist because I believe in equality between men and women. Talking about poop and butts and farts and all that is liberating to some extent. It helps take away the power – little kids love talking about that because they know it makes grownups so upset. That a woman would say this provides a kind of fun shock that I think is valuable."

At the same time, Graham uses her strengths to her advantage; she fully embraces the "girlfriend" roles she's getting with a view toward the long game. "I'm excited to get cast in all these movies, but I would love to be a main character," she says. "I'm not necessarily advocating for better female parts but for better directing positions for women. Everything else will follow."

Graham takes a similarly nuanced view of Boyhood and its women characters, particularly in Patricia Arquette's role as Mason's mother. "I read a review that said that one place that it doesn't work out is the character development of the women, and I thought, 'Were you watching the movie?' You see her so much grow up as a mother and as a person."

At the same time, Graham is vulnerable to the inevitable vagaries of growing up, somewhat, on film. "I didn't come to understand Sheena's character until yesterday," she says. "Throughout filming, I was thinking, 'Oh, this girl's so much more mature than Mason.' And then they break up, and I'm like, 'He's being such a dick.' He was being so horrible to her and she just moves on, she's trying to be nice.

"Now I think in that last scene with him, I am such an annoying brat! It's impressive that [Linklater] could make us both feel that we were right. It's important, and an example of why he's a great director. ... When I first saw it, I was talking to Ellar, and I was like, 'That's so weird, I changed!' and he was like, 'Oh yeah, I bet [seeing yourself age onscreen] was really weird for you.' And I was like, 'Okay, fine, I get it: 12 years.'"

See Film Listings for Boyhood review and "The Time of Their Lives," July 18, for more on the film. 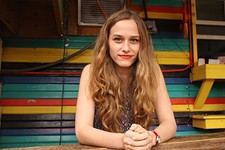 The Good Eye: Tales From the Beauty Box
Side-eyeing the confines of female film roles