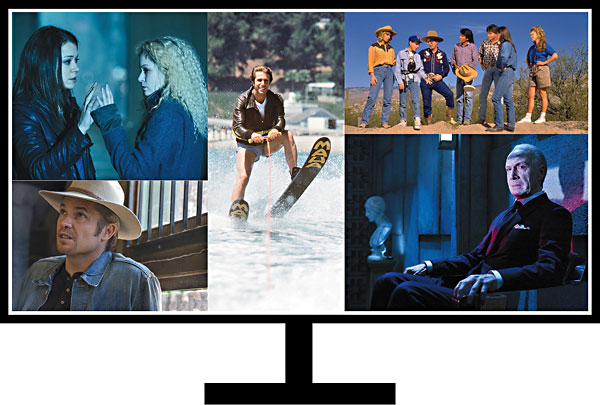 Television isn't a guilty pleasure anymore. In our current era of cinematic dramas, high-concept comedies, and expensive genre hits, nobody's going to judge you if you take a pass on the ballet – or even the movies – to stay home and eat croutons out of the bag while watching back-to-back episodes of Justified. But would you line up early outside the Alamo Ritz for a chance to watch a single episode in a darkened movie theatre with Justified creator Graham Yost? What about a reunion screening of Hey Dude, the Nickelodeon show Yost wrote for in the late Eighties? Or a panel where you might get to interact with someone who writes Internet recaps of Justified, Hey Dude, and other shows?

If not, you should seriously consider starting. Now in its third year, ATX Television Festival is hitting its stride with audiences who increasingly view, review, and talk about TV the way they view, review, and talk about film. Around 1,200 of what co-founders Emily Gipson and Caitlin McFarland alternately call "quality television viewers" and "DVD extra fans" are projected to tune in for "Season 3" of the festival, taking place from June 5-8 at four venues Downtown and on South Congress.

These are the viewers for whom ATXTVF was created. "They're fans, but they're interested in the industry," says McFar­land. "Showrunners and creators are their rock stars."

But this year, the festival is becoming more than just a meeting place for TV supergeeks. With tickets to individual events at the Stateside being sold for the first time to non-badgeholders and panels that deliver capsule explanations of what goes on behind closed network doors, ATXTVF is on a stealth mission to initiate you into a new level of appreciation for the small screen.

It's an opportunity that still scarcely exists outside Austin, at least in festival form. When Gipson and McFarland, two native Texans who first met in Los Angeles, had the idea for the festival, there was nothing else exactly like it. The New York TV Festival is an industry-driven networking event focused around independent television; Monte Carlo Television Festival is a red carpet photo op for actors; Comic Con's television events are purely fan-driven and autograph-centric. PaleyFest, held by the Paley Center for Media in Los Angeles, does offer a similar type of content, but with only one event a night over the course of two weeks, it lacks the immersive atmosphere of a festival – what Gipson calls "that summer camp feel."

If Austin isn't already being called "The 'That Summer Camp Feel' Capital of the World," we're sure the moniker is just a few more festivals away. Like many of its brethren, ATXTVF concentrates its all-day events – which include panels, screenings, and Q&As – over a long weekend, with most venues within walking distance of each other, for an experience in which industry attendees often participate alongside fans.

"Our panelists are joiners," says McFar­land. "They go to other panels, they walk the street, they take pictures. They're very accessible."

This year, the festival itself becomes more accessible too, as events held at the Stateside are now single-ticketed, including a conversation with Henry Winkler, the first recipient of the festival's Achievement in Television Excellence award. Sure, he may be best-known in popular culture for doing a little water-dancing with a man-eating cartilaginous fish in the late Seventies (yep, "jumping the shark" – snarky code for the fateful moment a once-great show starts its decline – was inspired by a Happy Days episode). But Winkler has enjoyed a late-career comedy renaissance thanks to quirky shows like Arrested Development and Childrens Hospital – both of which have played a part in the digital TV revolution. For Gipson, this makes the event an ideal gateway drug for locals who know little about the industry side of things but are curious about the festival. 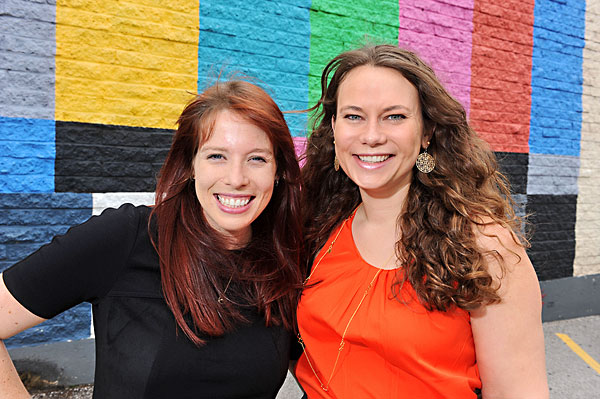 "People know who he is, people are familiar with him as being the Fonz," she says. "But he's had this long career, and he's seen it change, and he's been in all these great shows. So people can go in already knowing who he is and get an inside look at the industry that you don't need to know any behind-the-scenes stuff in order to get."

Other single-ticketed events at the Stateside this year include reunions for the shows Everwood and Hey Dude. "Hey Dude is so cool, because it was the first scripted show on Nickelodeon, and they're pretty much all coming," says Gipson. She also emphasizes that community events like the annual Friday Night Lights screening and the Hasbro Saturday Morning Cartoon Breakfast offer chances to drop in for those who don't want to commit to the whole weekend – including, for the cartoon event, kids of all ages.

Then again, when it comes to the world of seasonal television, which can feel far more fragmentary and dispersed than the film world, even people who know something about the industry can feel as clueless as an 8-year-old. For badgeholders who are confused over why critically lauded series like Trophy Wife and Enlisted, both appearing at the festival, didn't get renewed for a second season, the panel "Ratings, Recaps, Reviews" promises to offer a TED talk-like presentation on how such industry decisions get made. It'll also answer what McFarland says is the question everyone wants to know: "How can you save a show? Can you?"

"Even with our experience, we still feel like laypeople when somebody asks us, 'What is a rating, what is a share? Does it count when I watch? Because I'm not Nielsen. If I tweet about it, does that count? Will somebody pay attention? How do I matter? How does my vote count?'" says McFarland. Kyle Killen, a veteran of the festival who has also seen three of his own shows canceled in the first season will address these questions in a 15-20 minute presentation, followed by a discussion with leading TV critics Todd VanDerWerff (A.V. Club), Alan Sepinwall (HitFix), and Tara Ariano (co-founder of the now-defunct Television Without Pity).

Other panels available only to badgeholders, like the Netflix-hosted "#SpoilerAlert" and the "Evolution of the TV Drama," discuss the changing landscape with industry insiders. The "An Assistant's Tale" panel, packed full of high-powered TV creatives who just happen to be women, promises to offer something of a stealth-feminist perspective on the industry from Liz Tigelaar, a writer and producer for Bates Motel and a regular at the festival, and Emily Halpern, co-creator of Trophy Wife. The yearly pitch competition gives aspiring TV writers who have passed a preliminary round exactly three minutes to sell a panel of judges on their television series in front of an audience. It's an excellent chance for industry hopefuls to get a glimpse at what pitches actually look like in a town that still feels far from L.A., despite the slow increase in filming here.

As the festival grows, however, McFarland and Gibson continue to have conversations about how to preserve the delicate balance between stardom and fandom, accessibility and exclusivity.

"If the big name is offered to us, I have a moment where I'm like, 'What is this going to do to our little festival?'" says McFarland. "Our attendees act appropriately and have their moment and leave them alone. But there are certain attendees who legitimately can't do that."

Still, one assumes the festival will eventually attract precisely those types of "certain attendees." Last year, Connie Britton and Kyle Chandler made a surprise appearance at the Friday Night Lights panel, causing an already-packed house full of fans to go berserk. It was a telling moment for a show whose rise to glory and launching of stars has become something of a parable for Austin's own shifting identity.

"We do have some surprise guests coming this year," Gipson says, and with attendees for the season premiere of Orange Is the New Black, the premiere of Guillermo del Toro's sci-fi/horror thriller The Strain, and Sean Bean vehicle Legends all still listed as TBA, it's impossible not to start guessing. But Gipson and McFarland aren't showing their cards. "We want people to go to the show that they're excited about," says Gipson firmly. "Regardless of exactly who will be there."

One thing's for sure. Three seasons in, ATXTVF is a long way from jumping the shark.

The ATX Television Festival runs June 5-8. For the complete schedule and information about buying badges and single tickets, see www.atxfestival.com.