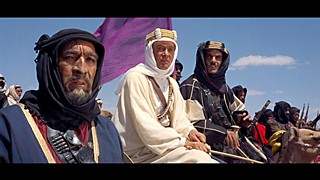 2014 marks the centenary of the beginning of the "war to end all wars": World War I. Often called the Great War, it lasted four years, and remains one of the deadliest conflicts in human history, claiming something on the order of 10 million combatant lives. On top of that, there were untold numbers of civilian lives lost, along with other casualties. That's a whole lot of stories to be told. The Ransom Center commemorates this somber anniversary with its current exhibition, The World at War: 1914-1918, which draws on the Center's varied and abundant collections of rare books, manuscripts, photography, film, art, and design. To illuminate the war from the point of view of its participants and observers, the curators have gathered letters, diaries, memoirs, novels, photographs, and works produced by battlefield artists, as well as propaganda posters and films.

Even though the battles took place primarily in Europe (the U.S. didn't jump into the fray until 1917), the geopolitics involved much of the world, and the theatres of war were many. Europe had its Eastern and Western fronts, and waged campaigns in Eurasia, Africa, and at sea and in the air. Fittingly, then, the Ransom Center's World War I film series unspools in four different theatres in conjunction with the Austin Film Society and the Paramount Theatre. Some of the films have already screened (including these World War I essentials: Grand Illusion, A Farewell to Arms, All Quiet on the Western Front, and Charlie Chaplin's "Shoulder Arms" from 1918). The final one to be screened in the Ransom Center Auditorium is Sergeant York, starring Gary Cooper, on Thursday, May 29, at 7pm. The exhibit at the Ransom Center is on display through Aug. 3, and the films screen through July. See www.hrc.utexas.edu for complete details. 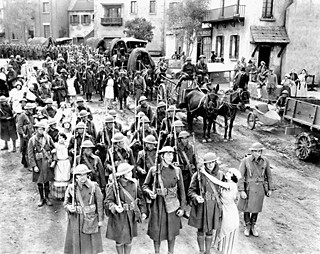 Stateside at the Paramount