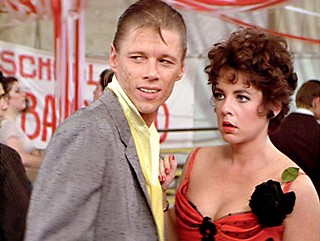 I discovered two of my favorite actresses when I was fairly young, in performances that affected me in very different ways. Both Stockard Channing and Dianne Wiest made me want to be close to them, somehow. While I never fantasized about replacing my mom and these two were too old to be my sisters, they totally could have been my cool aunts, there to dispense wisdom and cocktails in my times of need. 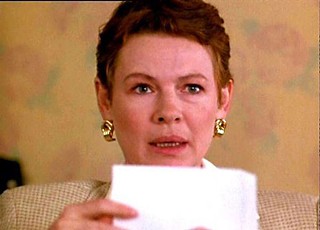 My prepubescent self was completely intoxicated by Channing's portrayal of the too-cool-for-school Betty Rizzo, the ringleader of the Pink Ladies in Grease. She was worldly (probably because she was 33 when she played this high school senior in the late Seventies), but harbored the same secret vulnerability that takes up residence in the teenage girl's heart. Plus, with her sly wit ("Bite the weenie, Riz," says Danny. "With relish!" she replies) and gorgeous legs, Channing embodied the confident woman I hoped to become.

Meanwhile, Wiest's wounded, divorced Helen in Parenthood (1989) is all squishy accommodation, especially when it comes to her withdrawn son Garry (Joaquin Phoenix, billed here as Leaf Phoenix), but there's an acidic anger penetrating the performance, suggesting that Helen is more than just a beaten-down marshmallow. While she is humiliated when her "electric ear cleaner" is unveiled at a family dinner, that moment brings Helen's commitment to her own pleasure and independence into relief. Her anger, humor, and devotion sealed the deal for teenage me: This was a lady I wanted on my side.

When Channing and Wiest pop up in other pop-culture contexts like The Good Wife and In Treatment, respectively, I'm instantly riveted thanks to the early emotional bond formed by these ladies I imagine are my nearest, dearest confidantes.