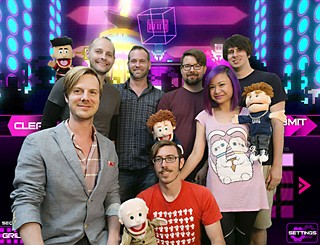 A well-designed sound "pushes air." According to Matt Piersall, founder of GL33k, it's a basic tenet of creating audio for video games. Making an object or environment feel like it's displacing air imbues a simulated world with a sense of reality. Without it, the player might infer an unintended hollowness – which wouldn't be so strange, since virtual objects have no actual mass. If the clang of armor or the thunk of boots on concrete is to be believed, various properties must come together just right. The team at GL33k earns a living out of finding and perfecting that elusive formula.

Sound design for games can be simplified to a three-step process. Step one is "performance," or the recording of source sounds. Ideally GL33k records this raw material itself, which makes "pushing air" simpler. If a job requires the sound of breaking wood, and you record a piece of wood breaking, you're well on your way to making a believable audio experience. However, if a client wants a whale sound, jumping into the ocean with the world's largest mammal, mic in hand, probably isn't in the budget. For those, you can rely on a sound library. But that can be the audio equivalent of stock photography. To avoid that, GL33k often intuits a relationship between two outwardly disparate sources and bends the original to its needs.

That's where compositing comes in. One of GL33k's designers, Tyler Cornett, explains, "Whatever real-world noise we can find that tricks the ear into believing this virtual thing – that's sound design." To achieve that whale sound, Cornett describes using a guitar tone (the source) and bending it in such a way to mimic the whale's slow, lilting call. Effects, layering, and more are all parts of the process. Sounds are tweaked and polished until they fit the context in which they'll be heard. Piersall knows these details make or break a project. "That conveys so much of what you're trying to tell the player: weight of something, how old it is, the kind of room it's in."

The third and arguably least sexy step is implementation, or programming the sourced and composited tracks into the game. Will the sound need to be louder as a character draws near? Do steps make different sounds if the player is walking or running? If a tree falls in the woods, and the player isn't around to hear it, do you implement that sound? Yes, because another player might walk right up to that tree and chop it down. Every permutation must be considered.

Over the years, sound designers acquire what Cornett describes as a "photographic memory of sounds." That quickens the trial and error process, but what about the truly strange requests? The gang recalls one written specification from a client that demanded "Must sound like blood from womb." That one wasn't in the mental Filofax. The team has also utilized coworker illness (Cornett's bronchitis), a discarded breaker panel (they call it "the Magic Box"), and the office corgi to get the results they want.

It's rare to get all seven members of the GL33k team in the same room; when they gathered for this interview, there was a class-reunion vibe, with reminiscences of old offices, curious clients, and ... puppets. But prior to all that there was just Matt Piersall working a company job outside of Dallas before deciding to do audio design contract work for himself. Toward the end of 2006, Piersall needed help as two projects were overlapping. Bringing James Barker and Bobby Arlauskas into the fold, Piersall moved his fledgling studio to Austin to be closer to major clients like Retro Studios, creators of the Metroid Prime series and later Donkey Kong Country titles for Nintendo.

Soon after their arrival in Austin, the game audio industry changed in GL33k's favor. The economic downturn of the latter Aughts forced gamemakers to tighten their belts, and one of the first things to go were in-house audio designers. Outsourcing that work was quickly becoming de rigueur, and GL33k was one of only a handful of studios with a proven track record. During those salad years they worked on massive titles like Halo 4, Uncharted 3, and the Epic Mickey series, a few smaller titles for local studios, and the surprise Facebook smash Triple Town.

The Going Gets Too Good

GL33k had been local developer Red Fly Studio's go-to sound squad for several games, including Star Wars: The Force Unleashed II and a Darth Maul project that was eventually canceled. In the wake of that cancellation, LucasArts approached Red Fly about a buyout, an offer that extended to GL33k staff, as well, and negotiations went as far as talking dollar amounts before collapsing. Red Fly had to jettison a large portion of its staff, and GL33k was left without a major project. This was probably for the best, as LucasArts folded not long after, but it was a wake-up call for Piersall.

Working on something with a fan base like Star Wars might sound like a dream come true for anyone, but it wasn't for GL33k. If you think of the sounds of light sabers or blasters or Chewbacca, they're iconic. In other words, there's little room to be creative from an audio perspective. "It started to depress me a bit that part of me was willing to sell out to Star Wars, which I wasn't that into to begin with," says Piersall. "I took that as a sign that we needed to create our own thing."

That thing would be a music-creation game that had been put on the back burner. Originally conceived by regular GL33ker Damien Di Fede, the project had been reworked and expanded only to be shelved during the company's busy times. With the cancellation of the Darth Maul project the time seemed right to dust off Cosmic DJ.

Their first original project would turn out to be less of a game and more of a music-making tool, and it tells you a lot about what drives the team. "We're an audio studio. Making sounds and music is something we're really passionate about," says GL33k designer Kat Wenske. "Being able to share that experience with people that don't really have that knowledge is great." Cosmic DJ players sequence instruments and other unique snippets into a loop and layer those loops on top of one another. After you've made a few short jams, the program mashes them up together to create a super jam that you can export and share with friends.

"Jem was a pretty big influence," Piersall admits. "I wanted to see what happened if you took Eighties girl toys, Tron, a little bit of Transformers, and added this disco wrapper around it ... and then added puppets." According to Arlauskas, that's a faithful snapshot of Piersall's brain.

As you learn to use the music-making tools you encounter many of these fruits from Piersall's imagination that could use the help of your sweet, sweet jams. Good thing Cosmic DJ empowers you to do just that.

The near-finished Cosmic DJ is set for an advance release on popular game distribution site Steam before the final touches are added and the game gets a wide release on PCs and mobile devices. 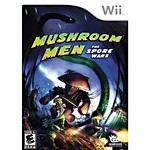