Have Car, Will Travel for Film

The Cine Lights of Marfa

Head west to Marfa, Texas, and you'll find a small community of a couple thousand people that serves as home to not one, but two film festivals: CineMarfa and the Marfa Film Festival. CineMarfa distinguishes itself with its unique programming, and the fourth iteration of the festival takes place next weekend. Another enticing aspect is that all the festival's programs are free of charge. 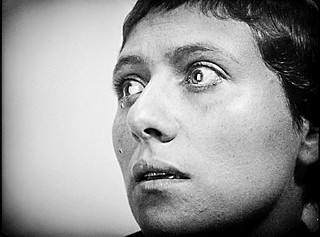 The Passion of Joan of Arc

CineMarfa makes great use of the town's reputation as an artists' enclave. The festival focuses on the intersection between film and the fine arts. Its mission statement declares the fest's goals as "bringing rare, forgotten, or difficult-to-see films – including films that have been banned or censored – to light in far West Texas."

A couple of cinema's "bad boys" – Kenneth Anger and Pier Paolo Pasolini – are represented at the fest. Anger's half-hourlong "Lucifer Rising" from 1981 features a soundtrack created in prison by Bobby Beausoleil (a Manson Family member) along with Anger's dark, archetypal imagery. Pasolini's Medea, released in 1969, takes the Euripides play and turns it into a rich, visual epic that questions mythological and patriarchal assumptions. Eva Aridjis' documentary La Santa Muerte examines the Mexican death cult, and has been condemned by the Catholic church for its efforts.

The weekend closes with a kids' program of Georges Méliès films, and a paper airplane contest in honor of Harry Smith, the artist who, among his many collections, possessed the largest collection of paper airplanes and will be honored with a screening of some of his avant-garde film work. Carl Dreyer's 1928 silent classic, The Passion of Joan of Arc will screen with an original score written and performed by Cat Power. Jeff Nichols' Take Shelter and James Benning's final 16mm film RR also screen.