The best music documentaries show their subjects as more than just the sum of their discographies. In Our Vinyl Weighs a Ton (This Is Stones Throw Records), director Jeff Broadway (Cure for Pain: The Mark Sandman Story) chronicles the highs and lows of Stones Throw Records, an L.A.-based label that has evolved from an all-vinyl outlet for underground hip-hop producers like Madlib and the late J Dilla into a cross-genre family of artists whose compelling personalities define them as much as their albums.

The label's 18-year history is recounted through archival footage and interviews with Stones Throw cornerstones as well as famous fans like Kanye West. In advance of the SXSW screening of the film and Stones Throw's showcase, we talked to label-head Chris Manak (aka Peanut Butter Wolf) about the Stones Throw sound, the resurgence of vinyl, and whether or not you should start a record label.

Austin Chronicle: For those unfamiliar with Stones Throw, how would you describe the sound of the label?

Chris Manak: It's always music that gives me an emotional feeling. If it either makes me laugh or makes me cry, I'll probably like it. And when I say laugh, I don't mean over-the-top spoofy stuff. Most of the artists I work with have a sense of humor, and I think it comes across in the music.

AC: Stones Throw has always been a favorite of DJs. Was there a turning point when the music started reaching a broader audience?

CM: In terms of hip-hop, Madvillain and Donuts reached everybody who I wanted them to reach. Then there are albums like Mayer Hawthorne and Aloe Blacc that reached people who don't know about Stones Throw at all. Now Mayer and Aloe are opening up for Bruno Mars.

When I first started the label, there were no expectations; I just put out whatever I liked. Now I have a staff of 12 people that I have to answer to. It's always that balance between what I want to do and keeping the lights on, but I don't want to compromise the sound and put out some crap.

AC: How did the documentary come about?

CM: These guys from France approached me and said they wanted to do a documentary for French national TV. They came to L.A. and stayed for a month. Every day they were with a different artist; it was really ambitious. We saw the footage, and it looked beautiful, very cinematic.

Some other guys from L.A. said they wanted to do one as well, and then the TV station said no to the French documentary, so they combined the two projects.

AC: The film features interviews with a few of the biggest names in rap like Questlove, Kanye West, and Snoop Dogg, who recently teamed with Dam-Funk for 7 Days of Funk. Can we look forward to any future Questlove or Kanye West collaborations?

CM: I've known Questlove for so many years. We DJ together a lot, and he'll call me when he's in town and we'll go record shopping. He's someone I admire greatly, but we've never really talked about it. He really likes Gary Wilson. I think that would make sense for Stones Throw. 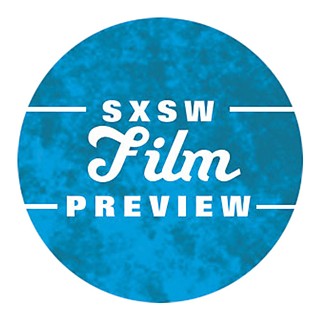 With Kanye, he loves Madlib, he loves J Dilla, and he's a fan of Mayer Hawthorne, too. He invited them into his house and spoke so much, I couldn't believe how into it he was.

AC: I heard Madlib almost contributed some beats to Watch the Throne. Is that true?

CM: Madlib once called me and said that Kanye came over to his studio and stayed until 5am. It was Kanye, Madlib, and MF Doom. He chose a lot of tracks, but the way Madlib makes music, he samples a lot but doesn't always write down where the samples are from ...

AC: One of the major themes of the documentary is that the label's love of hip-hop led to an appreciation of the genres that hip-hop grew out of, like jazz and funk. What are some Stones Throw releases you'd recommend for someone looking to explore the roots of hip-hop?

CM: In terms of jazz and funk, there's Yesterdays New Quintet and some of Dam-Funk's stuff. Chrome Canyon is a record I just put out that sounds like a lot of the records we were sampling from when we were making hip-hop. It's new music, but you can't really tell what time period it's from.

Myron & E is a record with more of a Northern soul and doo-wop sound. And Madlib always challenges himself with different genres. Right now he's working on a dark, industrial, minimal wave album. He asked me to sing some vocals on it.

AC: Vinyl records have always been a big part of the culture at Stones Throw. With vinyl's resurgence in the past few years, are you selling more vinyl than at the start of the label?

CM: When I started the label, it came out of the turntablism movement. I was only putting out vinyl; I didn't even want to put out CDs because I thought they were so corny. Digital wasn't around yet, and iTunes hadn't even launched.

If you're just looking at sheer numbers, we're not selling as much vinyl as we were. When I started the label, there were records that would sell 50,000 units on vinyl alone. Now if you sell a few thousand units, you've done really well. It's not that vinyl sales have increased; it's that everything else has decreased so much that it's made it newsworthy.

AC: What advice would you give to someone who's looking to start a record label?

CM: If you're gonna start one, I'd say don't. Unless you don't care about security. It's a lot of ups and downs. Maybe a younger person might have different expectations than me, but I was there in the Nineties when people were selling a lot of units and you could really make a living off of it.

It's pretty well known that the record label is a dinosaur. If you think about music up until the 1900s, music was never recorded to be sold. There was music as far back as we know, but the record industry is only 100 years old. And maybe music was never meant to be sold, just given for free.

Our Vinyl Weighs a Ton (This Is Stones Throw Records)