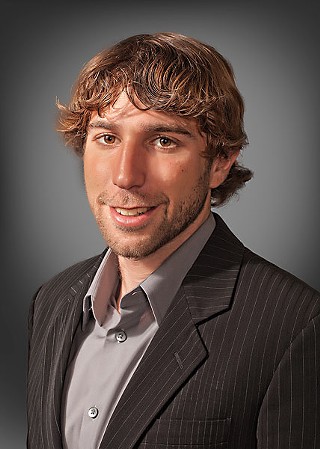 Other panels may boast more prominent speakers – Bill Simmons, Nate Silver, and the U.S. Men's Soccer coach Jürgen Klins­mann, among them – but the enduring title from the initial SXSports panel list remains a small session hosted by a South Dakotan named John Meyer.

"Sports Don't Look the Same Anymore" is the name. Though Meyer – who founded Lemonly, a visual marketing firm specializing in infographics and data visualization with a soft spot for sports, in 2011 – plans to center his particular session around those visualizations and the way we look at statistics in all sports, he's talking about the trajectory that every vertical of the ever-burgeoning industry's taking.

Consider, for example, the way we look at ticket prices. Barry Kahn of QCue, an Aus­tin company, has worked with D-1 universities and teams in both Major League Base­ball and the NBA to institute a theory of ticket pricing that revolves around flexibility and filling up venues "so that everyone's happy," introducing a back-end solution to ticket vendors that slides based on supply and demand. He says the industry's evolution is just about halfway there, with tremendous changes to the monopolies that are ticket brokers coming in the very near future.

"There's going to be a 20-year-old kid who cracks the codes and figures out how to sell tickets on Facebook, turns your friends into group sales reps, and fills the stadium that way," he hypothesizes. Once that happens, "you'll see significantly less of a resale conversation."

The Good-Samaritan goal there is to increase public desire to get out to a sporting event, something people have been doing less and less of since the advent of high-definition TVs and the Internet, two entities that, along with the pause button and cheap nachos (not to mention a dearth of cheesy in-stadium promotions), have helped make the prospect of watching the game at home more attractive.

"The younger fan – the millennial – has a completely different background and outlook," says Bryan Srabian, director of social media for baseball's San Francisco Giants. "They're wired a little different. From our end, we're trying to obviously drive ticket sales, but also remind people that there really is no better way to experience a baseball game than by being here. Part of our strategy is encouraging our fans to share that experience. Things like Instagram have become very big for us and our fans."

Srabian says his team has employed a number of tactics to ensure that humans' recently acquired addictions to their mobile phones benefit the Giants most fully. 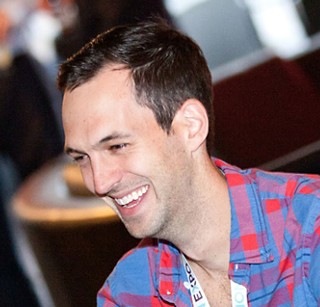 "Part of our strategy around the Giants brand is 'What is happening at AT&T Park?'" he adds. "That's the music, the food, and the general ambience and atmosphere."

It's a thin line Srabian and his colleagues walk. As Mark Drosos suggests, that same strategy, when applied incorrectly, can wreak havoc on a fan's experience: It's hard to watch a game when you're getting pummeled with free T-shirts shot from a miniature cannon wielded by a male cheerleader.

"The sponsorship in the corporate world overtook the stadiums, and there are developments in there specifically to drive sponsors that have nothing to do with fan engagement," he says from here in Austin, where he heads up Lodestone Social Med­ia. "[Promotions] have to be used widely to create an experience that you can't get anywhere else."

Drosos references the way the Seattle Seahawks built a football experience designed to enhance crowd interaction, with a stadium constructed to amplify natural noises and the home-game hoisting of the 12th Man flag.

"You don't see many people looking down at their phones and tweeting at those games," he says. The same goes for the fans who pack SEC football stadiums every weekend, one of the few divisions of ticketed sporting events where attendance is up across all entities.

Of course, it's the student-athletes they're all witnessing who make game day so exciting – and deepen the pockets of the administrators and affiliates presenting the product in the process. No sport articulates the whoa-this-all-looks-different-these-days nature of sports quite like college football, a once-collegiate idea that's blossomed into the only multibillion-dollar industry in the world that pays their public personalities – the players – no money.

Spencer Hall, the editorial director of the sports-centric SBNation website, believes we're coming upon a time of significant change regarding the perception and treatment of the individuals the NCAA's dubbed "student-athletes." He thinks, should a few shoes fall over the next few years – former UCLA Bruin Ed O'Bannon's antitrust class-action lawsuit challenging the NCAA to provide a graduated student with a trust of financial compensation for money made off his or her image, Northwestern football's attempts to unionize, among others – we could be looking at a world in which it's totally fine for Johnny Manziel to sign a few autographs for cash.

Hall believes the most likely scenario for athlete compensation will come by way of the Olympic athlete model, which allows athletes to sign off individually on sponsorships and endorsements.

"Let players make as many endorsements and as much off their image as they'd like," he says. "It's theirs. When people buy a Cam Newton Auburn jersey, none of that money went to Cam Newton. Johnny Manziel's cash value to Texas A&M is insane, and he saw none of it." 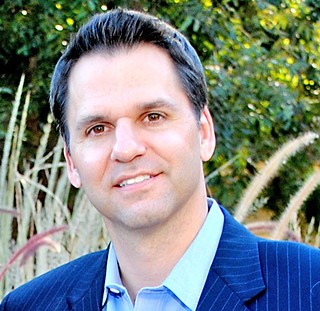 He acknowledges the insane number of moving pieces that must fall into place in order to bring appropriate compensation methods to the athletes, but he stresses a few important changes – a reformation of the NCAA, for one – that appear all but imminent.

Chances are Lemonly will find a way to track those sponsorship payouts and deduce proper player values through some smooth interactive graphics.

"You can tell a better story than just looking at an Excel sheet with rows and rows of data," Meyer says. "Look at your average football fan, who's grown up with John Madden and fantasy football. They probably view the game quite different than the grandpa who's been a Steelers fan for 40 years."

Look alive, gramps. The future's now upon us.

Paid to Play: The Future of College Athletics Saturday, March 8, 9:30am

Where Are The Fans? What Happened to Traditions? Sunday, March 9, 3:30pmDriskill Hotel Jim Hogg Room