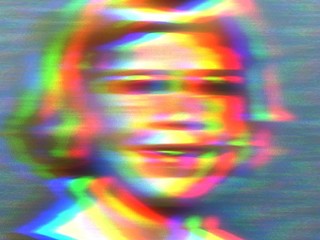 "Magic for Beginners," by Jesse Mclean

Experimental Response Cinema, an Austin collective of avant-garde film and video artists, has announced its spring lineup of experimental films, and you'd be hard-pressed to find these anywhere else.

"I came into it simply because I felt there wasn't enough being shown," says ERC programmer Ekrem Serdar, who studied experimental cinema at the University of Buffalo SUNY. "The sheer variety of visions that are out there is mind-boggling."

"In general, I look to screen works that are difficult to access, might be overlooked, are outside of the avant-garde film canon, or are coming from a marginalized voice," says Rachel Stuckey, another programmer for the ERC series.

The spring lineup boasts in-person presentations from three renowned experimental artists: Stephanie Barber, Vincent Grenier, and Fiamma Montezemolo. Barber will be accompanying her latest work, 2013's Daredevils, as well as her 2011 installation at the Baltimore Museum of Art, Jhana and the Rats of James Olds (or 31 Days/31 Videos). Grenier will be presenting a collection of his shorts, pulled from over three decades of work, that he has personally arranged. Montezemolo's film, "Traces," is an experimental documentary on the U.S./Mexico border and will be playing on the University of Texas campus.

The series is born of an inherent desire of its programmers to pass along work they've encountered that has affected them in ways they want to share with audiences.

"A general hope is that they come out amazed with the possibilities of what moving images can be, but also a deeper sensitivity to their own lives and the world, that it may bring them a greater sense of peace, of joy, of humor, of anger (if warranted!), of fear, of what our eyes and ears and minds can simply do and how much fun it all is," says Serdar. "Spending some time with artists, often working on their own, without distractions, can be a wonderfully intimate thing."