1. Her A humdrum narrative conceit about man/machine love is made marvelous by its near-perfect blend of directorial ingenuity, exquisite performances, and discerning camerawork, production design, and music.

2. 12 Years a Slave Brutal yet elegant, this punch to the gut creates visceral understanding through intelligent design.

3. Before Midnight These scenes from a modern-day unmarriage lift the lid on the sentiments that roil and sustain a relationship over time.

4. Gravity The best popcorn movie of the year is a stunning cinematic achievement that marshals all the tricks of the trade to quicken our heartbeats and tap into our primal fears.

5. Inside Llewyn Davis Even though this is not their finest work, I'm always grateful for any time spent in the Coen Brothers' world.

6. All Is Lost A man and a sinking ship: By stripping things down to the basics, J.C. Chandor and Robert Redford create a titanic adventure.

7. The Past Asghar Farhadi, the Iranian-born director of the Oscar-winning A Separation, follows up that film with this finely calibrated family drama set in France. 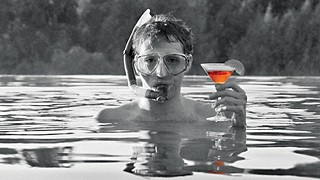 8. Lone Survivor The reality of war with all its bloodshed, heroism, and moral dilemmas is made palpable in this men-on-a-mission story about a failed special op in Afghanistan.

9. August: Osage County Even if he can't escape his play's three-act origins in his shift to filmmaking, Tracy Letts shows that he is the Eugene O'Neill of Oklahoma.

10. The Wolf of Wall Street Martin Scorsese's Wolf howls with a giddy sense of cinema; even though the film lacks modulation, its zest for storytelling carries it through. 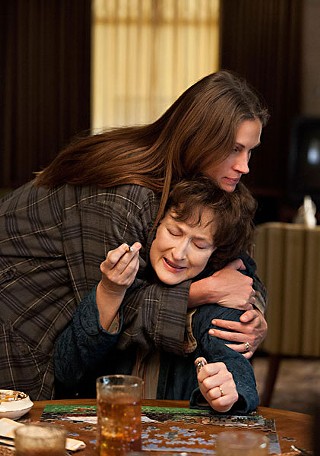 This Is Martin Bonner, Much Ado About Nothing, The Past

The Canyons: Tedium and perverse cruelty are the unpleasant takeaways from this "scandalizing" portrait of young Hollywood that's directed by Paul Schrader, written by Bret Easton Ellis, and stars Lindsay Lohan.