It's all fun and games at this local developer showcase

Once a year, The Austin Chronicle and South by Southwest Gaming remind everyone that, just like music and movies, there are video games being made right in their own neighborhood. Game On Austin invites developers out of their studios, workspaces, and bedrooms and into a bar to show their creations to the masses of all ages. No quarters necessary; just bring your love of digital interaction and an open mind.

Austin's Pizza will supply free pizza while it lasts, Empire Control Room will be mixing up drink specials for those of age, and Game Over Videogames will take things back to the halcyon days with some vintage games to play. If you're brave enough, enter the mystery tournament judged by a panel of local luminaries with one lucky winner walking away with a 2014 SXSW Interactive badge.

Here's a quick look at the 17 games awaiting loving hands to play them. 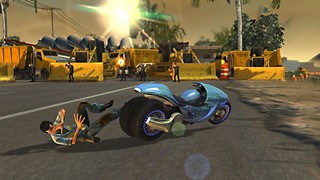 Twisted Pixel isn't indie anymore since making their relationship with Microsoft official in 2011, but that hasn't changed their over-the-top style. Whether it's a couple made entirely of explosions, an undead marionette sharpshooter, or a hero who leaps between comic books, the team always brings a few wild cards to the table. This time around, the protagonist is an artificially intelligent, military-grade motorcycle that happens to have its mechanic caught on its chassis for its high-speed adventures. LocoCycle comes out as a launch title for the Xbox One the day after Game On Austin. (Actually, the game is released on midnight that night, so you have about three hours' worth of bragging rights to playing an Xbox One before everyone else.) 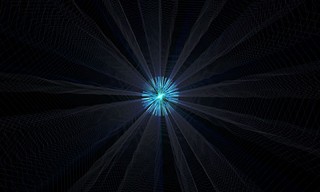 Last time audio-design wizard Robin Arnott came to Game On Austin, he was putting gas masks outfitted with headphones on his willing test subjects. That game, Deep Sea, made most players uncomfortable with its sensory deprivation and need for controlled breathing. Arnott's new experience aims for the exact opposite reaction. SoundSelf gently persuades participants to sing into a microphone to be rewarded with audio and visual feedback created by the vocal tones. There's no winning or losing, only blissful A/V loops. Read our review of this hard-to-describe gaming experience in "Get in the Game: 'The Stanley Parable,'" Oct. 25.

Dan Manning is a veteran of Game On Austin events. Last time, he brought his head-to-head and horizontal variation on Tetris. This year, he brings his mobile application that requires players (victims?) to talk their way to victory. Stop talking? You lose. We can't think of a better way to jump on the Wendy Davis and Ted Cruz filibuster bandwagon without all the pesky political pitfalls.

A space dog falls to Earth to help lead the resistance against the Communists? You had us at "space dog." It's a platformer that deftly balances cuteness and badassery, so don't miss this early look. SuperChop Games was recently named a finalist at IndieCade for Ephemerid: a touch-screen rhythm game that is pure aesthetic pleasantness. Tap, slide, and guide your insect friends through paper-craft forests, fields, and starscapes.

For the last six months or so, Rusty Moyher has been part of a very small team making a game a month as part of Retro Game Crunch. They are just finishing the last game on that journey, so we're not sure when Moyher found the time to make this multiplayer game which pits Asteroids-style ships against one another. Two to four ships enter, but only one leaves.

Back for its second year, Cosmic DJ is a music creation game for your iPad. Local audio design team GL33k will provide the backbeat while you improvise using their intergalactic interface. The VJ/DJ set begins at 7pm, and they'll need your help.

Local developer and Spelunky champion Saam Pahlavan brings a browser game that looks like a typical coin-collecting platformer, but when you add head-to-head action and some ghost pirate ships, players quickly find themselves forming strategies for swag domination.

Austin's own indie video game collective, Juegos Rancheros, brings a collaboration between local developer Adam Saltsman (Canabalt, Hundreds) and very-much-not-local gamemaker Keita Takahashi (Katamari Damacy). ALPHABET asks players to run letters through an obstacle course. Every letter on the keyboard is fair game which makes for some finger acrobatics. MegaALPHABET puts those letters on a dance pad instead of a keyboard. There's no escaping it: You're going to look ridiculous if you want to win. Team Starphonix consists of Damien Di Fede and George Royer, who combined forces to make something for the Fantastic Arcade's Gamemaking Frenzy. They won the Frenzy award, and now you can test your interplanetary negotiation capabilities using your rhythmic interpretation skills. Failure could lead to galactic anarchy.

Putting a twist on bullet-hell-style games, ByteSized Studios asks players not to destroy everything in their path, but find the right combination of particles to create new elements. We're not exactly sure how reliable the science is, but we can get behind any kind of learning experience that is genuinely fun.

Puzzle Football: Quest of the Gridiron

Tired of matching candies on your phone? PartTime Evil hears you and adds role-playing and sports strategy to the tile-matching paradigm. If only there were zombies, robots, and pirates in actual football.

The team at Bitsworth sneak math know-how into their latest steampunk-infused puzzle game for iPhones and iPads. Swap digits to make everything add up in as few moves as possible, and you just might repair your robot cat.

The crystallized penguin in Maestro Interactive Games' latest is coming to the Nintendo eShop for the Wii U. It's kinda like Marble Madness, but with more fish, if that makes sense.

If being a mouse sounds boring, you clearly haven't met InMotion Software's protagonist, who must build a city, craft armor, and fight off invading insects.

This Is My Quest/Blowfish Meets Meteor

The Binary Solo team decided to be the overachievers of the bunch by bringing two games and a crowdfunding project (which could also be the name of their upcoming biopic). This Is My Quest is a tile-matching game revolving around a gently deranged man in a nursing home. Adding a few twists to the standard block-breaking format is Blowfish Meets Meteor. One of those twists is that it involves mermaids. Binary Solo will also be proselytizing people to their Indie Van Game Jam cause. Hop aboard.

The Empire Control Room (606 E. Seventh) hosts Game On Austin on Thursday, Nov. 21, 6-9pm. The event is free and open to the public; visit austinchronicle.com/gameon for more details.